12 protesters killed in Myanmar as military defies call for restraint

Myanmar’s junta added new bribery allegations to its charges against deposed leader Aung San Suu Kyi on Thursday, while an advocacy group said security forces killed 12 protesters in one of the deadliest days since the military took power.

The bloodshed came hours after the UN Security Council had called for restraint from the army, which has been trying to put down daily anti-coup protests and paralyzing strikes since it took power on Feb. 1.

Among the dead were eight people killed in the central town of Myaing when security forces fired on a protest, the Assistance Association for Political Prisoners (AAPP) said.

In Myanmar’s biggest city, Yangon, protester Chit Min Thu was killed in the North Dagon district. His wife, Aye Myat Thu, told Reuters he had insisted on joining the protests despite her appeals for him to stay home for the sake of their son.

“He said it’s worth dying for,” she said through her tears. “He is worried about people not joining the protest. If so, democracy will not return to the country.”

The junta spokesperson, Brigadier General Zaw Min Tun, said Suu Kyi had accepted illegal payments worth $600,000, as well as gold, while in government, according to a complaint by Phyo Mien Thein, a former chief minister of Yangon. 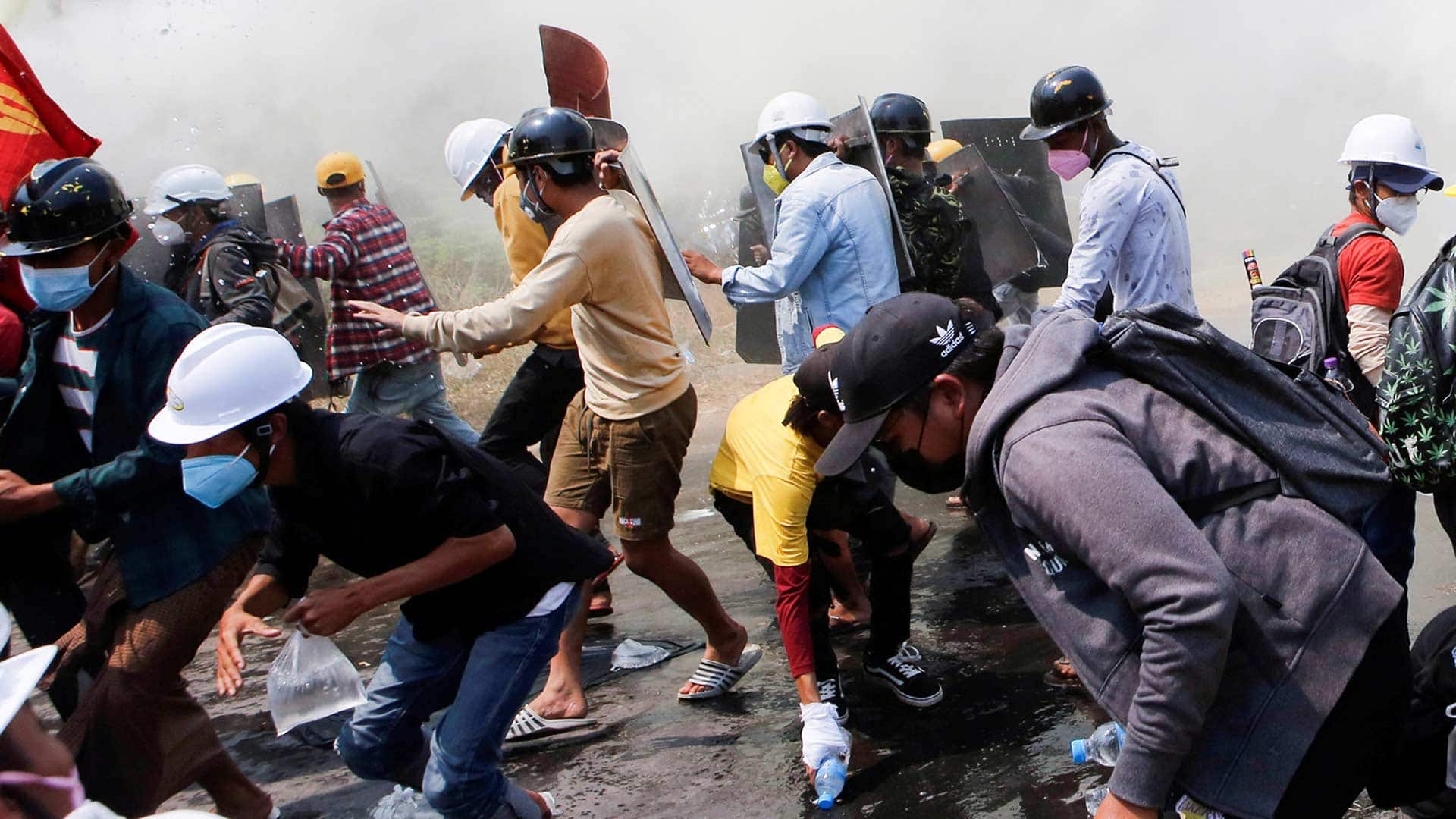 Myanmar’s military has tightened its grip on power, further cracking down on protesters and targeting politicians and journalists. 2:07

“He strongly said that,” the spokesperson told a news conference. “We have verified those facts several times. Now the anti-corruption committee is continuing the investigation.”

“It is no longer uncommon to see slander against politicians and efforts to crush the party while innocent young people are killed in public,” she told Reuters in a message.

At least 70 killed since coup

Another funeral was held for an official from Suu Kyi’s National League for Democracy (NLD), who died in custody after being arrested early on Tuesday. Mourners wept over the open coffin, which showed Zaw Myat Linn’s badly disfigured face.

Thursday’s deaths brought the number of protesters killed since the coup to more than 70, the AAPP said. Some 2,000 people have also been detained since the coup against Suu Kyi’s elected government, it says.

The army did not respond to requests for comment on the latest deaths but the junta spokesman said the security forces were disciplined and used force only when necessary.

UN human rights investigator Thomas Andrews told the UN Human Rights Council in Geneva the military may have committed crimes against humanity. He called for multilateral sanctions on the junta and the state energy firm, Myanmar Oil and Gas Enterprise.

Amnesty International accused the army of using lethal force against protesters and said many killings it had documented amounted to extra-judicial executions.

“These are not the actions of overwhelmed, individual officers making poor decisions,” said Joanne Mariner, Amnesty’s director of crisis response.

“These are unrepentant commanders already implicated in crimes against humanity, deploying their troops and murderous methods in the open.”

Suu Kyi, 75, fought for decades to overturn military rule under previous juntas before the start of tentative democratic reforms in 2011. She had spent a total of around 15 years under house arrest.

The army has justified taking power by saying that a November election, overwhelmingly won by Suu Kyi’s party, was marred by fraud — an assertion rejected by the electoral commission.

Junta spokesperson Zaw Min Tun reiterated that the military would only be in charge for a certain period before holding an election. The junta has said a state of emergency will last for a year, but has not set a date for the election.

The UN Security Council on Wednesday condemned violence against protesters and urged the army to show restraint.

But language that would have denounced the military takeover as a coup or threatened possible further action was removed from the British-drafted text, due to opposition by China, India, Russia and Vietnam.

UN Secretary-General Antonio Guterres said he hoped the Security Council statement would push the military to realize it “is absolutely essential” that all prisoners are released and the results of the November election are respected.

In Myanmar, state media said the junta had removed an insurgent group, the Arakan Army (AA), from a list of terrorist groups because it had stopped attacks in order to help establish peace across the country.

The AA, which is fighting for greater autonomy in the western state of Rakhine, had become one of the most formidable forces in challenging an army that has been fighting various ethnic wars for seven decades.

Taboos around menopause, periods can limit access to care in women’s health:…

Can bird flu jump to humans? The threat of avian influenza, explained.