The Italian outfit is coming off the back of a disappointing 2020 campaign, where its hopes were hit by a down-on-power engine and a car that was too draggy.

Having worked on a new power unit for this season, allied to its efforts to improve the car’s aerodynamic efficiency, Ferrari is hoping for a much better campaign.

While it is too early to judge the overall potential of its 2021 challenger, Leclerc says that he is taking some encouragement from the fact that the car on track is showing good correlation with Ferrari’s data and predictions in the factory.

“The impressions were good again,” explained Leclerc. “Yesterday we went through all the programme in the morning, but the conditions are very very tricky.

“It’s very warm, and very windy, so it’s very difficult to make a comparison with last year for now. And it’s all relative to the others: how much they improved compared to us. But yeah, there are some promising signs, but we can’t know until the first quali.” 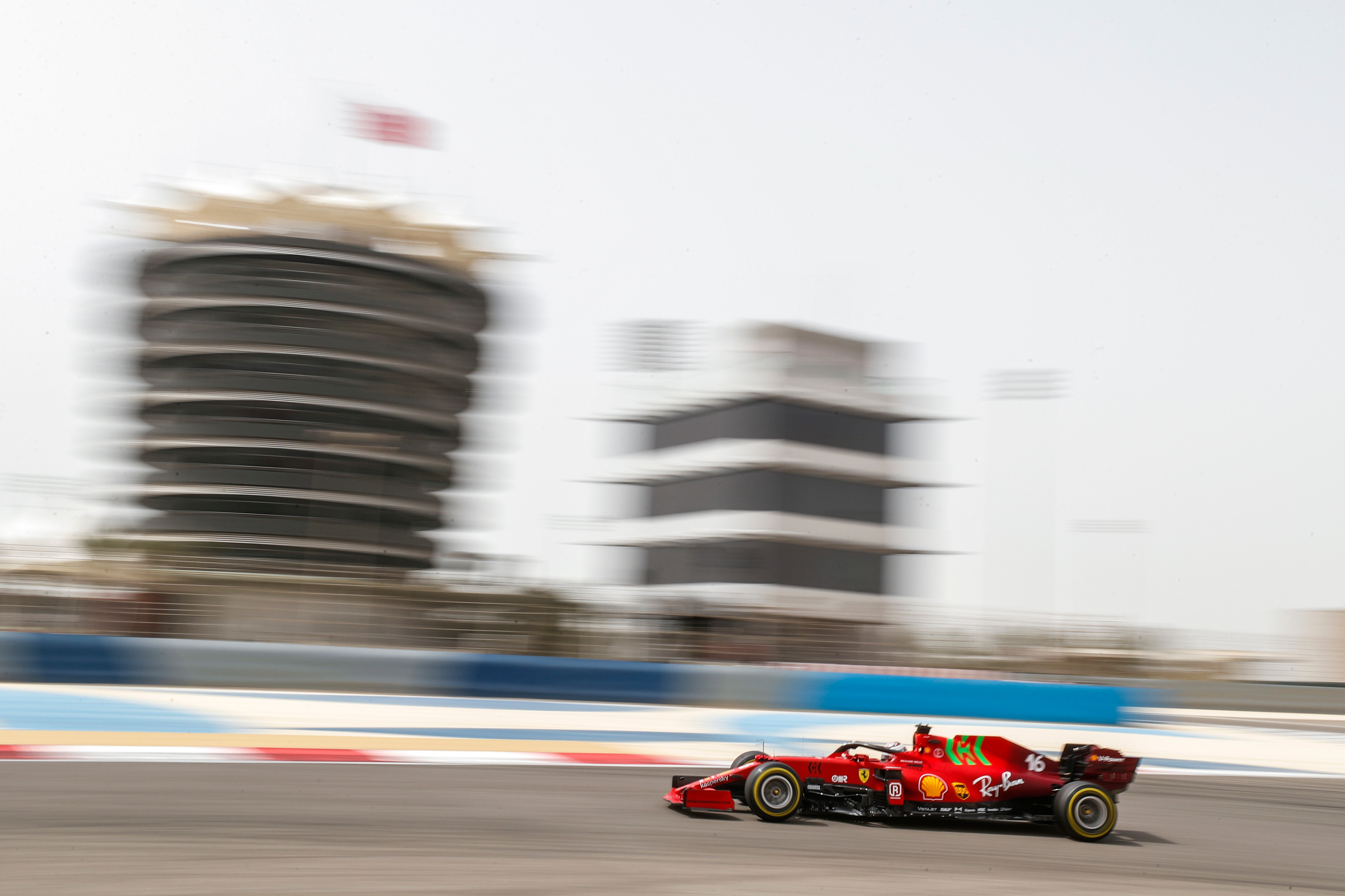 One area that Ferrari needed to address with its 2021 car was in improving the rear end, which was lacking grip throughout last year.

Asked about that specific part of the car, Leclerc said: “I think there’s been some work on that, and the first data that we have seen on track is correlating with the ones that we’ve had back in Maranello before this test, so this is already positive.

“Then again, to give a feedback or a feeling on the car now in those conditions is very, very difficult. But to see that we made some work on it, and that the data is correlating well with the ones that we have in Maranello, is already a good sign on that.”

Leclerc reckoned that the engine was better too, but reckoned that an overall comparison with other power units would only be possible once everyone was running flat out.

“Everything feels quite good. But again, it’s very difficult to comment now, nobody’s pushing everything to its limit, especially in these conditions,” he said.

“So for now it’s early days. But everything feels good and, as I said, stacks up with what we expected.”