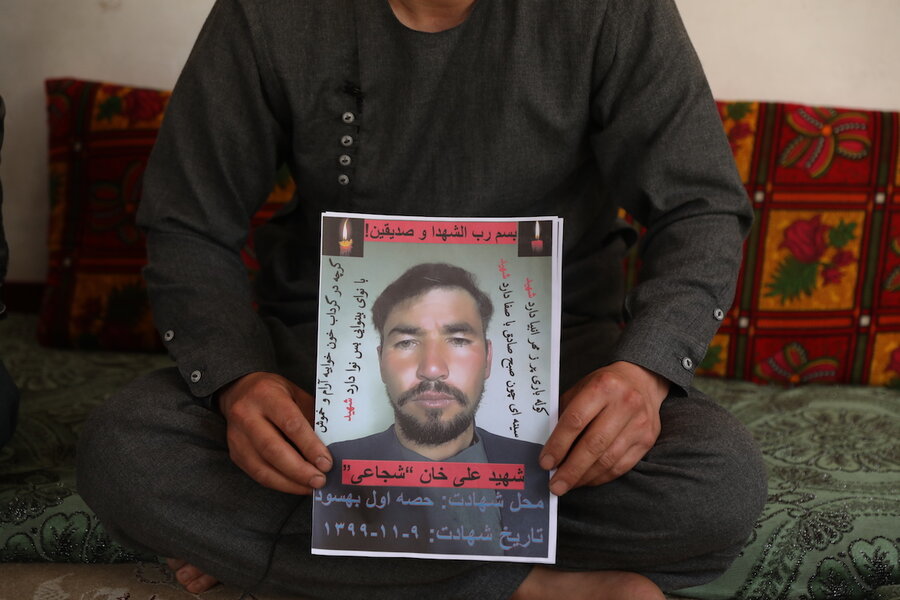 Tensions are mounting between Afghanistan’s government and a powerful local warlord, with deadly clashes erupting in a rural province between his fighters and government troops. The fear is that the violence could be a harbinger of more chaos as United States troops head toward the exits.

The government has launched an assault in central Maidan Wardak province, vowing to punish the warlord, Abdul Ghani Alipoor, after the defense minister accused his fighters of shooting down a military helicopter last week, killing nine personnel.

It’s the latest in a long history of frictions with Mr. Alipoor that are increasingly turning bloody. In January, security forces killed at least 11 civilians when they opened fire on protesters, including many Mr. Alipoor supporters, in the province’s Behsud district.

Mr. Alipoor holds widespread loyalty among ethnic Hazaras, a mainly Shiite community who are a minority in Afghanistan but make up most of the population in Maidan Wardak. Mr. Alipoor is one of the many warlords backed by heavily armed militias who hold local power across Afghanistan. The government is allied with some of them, but others, like Mr. Alipoor, are in frequent confrontation with Kabul, resisting its control.

These warlords are a potential wild card as Afghanistan enters a new phase after decades of war. The U.S. has committed to removing the last of its troops – though whether it will meet a May 1 deadline remains unclear. It is trying to push the government and the Taliban into a peace deal to ensure the country does not collapse into greater violence or an outright Taliban takeover after the U.S. pullout.

That is proving difficult enough amid continued Taliban offensives. Many fear the warlords could also lash out if they see their many, often conflicting interests being harmed in the peace process.

But if Kabul considers warlords as agents of turmoil, their supporters see them as their only protection and support in the face of a notoriously corrupt government and violent insurgents.

Many Hazaras, who face attacks by Sunni militants and discrimination by the government, see Mr. Alipoor as a hero, defending them against the Taliban and keeping local institutions running.

“The government is incompetent, so people depend on Alipoor and support him,” said Mohammed Jan, whose brother was among those killed in the Jan. 29 shooting of protesters in Behsud. “Mr. Alipoor serves his people. If our government would serve the people, everyone would support it and there wouldn’t be any need for an Mr. Alipoor.”

The Jan. 29 protest was sparked by the appointment by Kabul of new local officials, seen in the district as a challenge to Alipoor.

Mohammad Baqir Joyenda, a local elder, said he and a group of other elders from the district went to meet the provincial police chief to try to reverse the appointments. Meanwhile, protesters had been gathering outside. After the meeting, as the elders stepped out of the building, special forces started shooting at the protesters, Mr. Joyenda said.

“We could see shooting, could hear people shouting,” he said. He said he took video of a wounded man shouting for help who was then shot again by security forces, and of another wounded man run over by a military vehicle. He said security officers forced him to delete the videos off his phone.

At 10:30 that night, Mr. Joyenda learned that his son was among the dead. The 18-year-old, who had just graduated from high school, was shot from behind, Mr. Joyenda said.

The deaths have left families reeling, even months later. Her eyes full of tears, Musouma Rahimi said her brother, Baqer, a farmer with eight children, was among the dead. One witness told her he was run over by a security vehicle after being shot.

“We don’t have enough income for our own family, we can’t support my brother’s family,” said Ms. Rahimi, who has five children and works as a bank guard in Kabul. “I don’t know what will happen to them.”

The shooting deepened longtime resentments between Mr. Alipoor and his supporters and Kabul. The Interior Ministry initially claimed that Mr. Alipoor’s fighters opened fire from among the protesters, prompting security forces to return fire. But details of the government investigation have not been released, other than noting that all the casualties were civilians.

Authorities have said Mr. Alipoor – known among his supporters as Commander Shamsheer, “Commander Sword” in the Dari language – faces trial on a number of charges, including past clashes with security forces. Attempts to arrest him in 2018 prompted clashes that left seven civilians and four police dead as well as large protests by Hazaras in Kabul.

The two sides appear to be heading into a new confrontation after a military helicopter crashed on Wednesday in Behsud, killing all nine personnel on board.

At a press conference Saturday, the newly appointed acting Defense Minister Gen. Yasin Zia accused Mr. Alipoor’s fighters of downing the helicopter with a rocket. He said the helicopter was heading there to ferry out troops wounded in earlier clashes with the warlord.

President Ashraf Ghani spoke over the phone with families of the dead military personnel and afterward vowed: “Revenge will be taken because they were attacked while defending the country.”

Later Saturday, the ministry said security forces battled Mr. Alipoor’s fighters in Behsud, killing at least 12 and wounding six. There was no word on government casualties. The troops also found a weapons cache and cleared away a number of checkpoints run by Mr. Alipoor’s militia, it said.

Some in the government, however, are trying to prevent a greater escalation. One of Mr. Ghani’s security advisers, Mohammad Mohaqiq called on the government to avoid military action and “solve the issue in a peaceful way.”

Mohammed Karim Khalili, a former vice president and ally of Mr. Alipoor, warned in a social media post that operations will provoke civilians. “It will only prolong problems and social and political crises.”