Prime Minister Justin Trudeau said today that Canada’s vaccination campaign could wrap up before September if the country secures the necessary shots and if there’s a change in dosing timelines.

U.S. President Joe Biden announced Tuesday his administration will have enough supply on hand by the end of May to vaccinate every American — two months earlier than planned.

Asked about that ambitious timeline, Trudeau said his government is confident that all Canadians who want a shot will be vaccinated by the end of September, but an earlier end date is “possible” if all goes well with deliveries and if other promising vaccine candidates are approved by the regulators at Health Canada.

“As I’ve been saying since this past November, we expect all Canadians to be vaccinated by the end of September, for those who want it,” he said. “It’s possible that those timelines can be moved forward.”

He said Ottawa is focused on “bringing in more doses for more Canadians to get through this as rapidly as possible.”

More Canadians could get vaccinated earlier than planned if the National Advisory Committee on Immunization (NACI) agrees to adjust the recommended interval between first and second vaccine doses — a change that some provinces, notably B.C. and Quebec, have implemented already.

“We’re seeing some of the science shift, some proposals put forward which are very, very interesting, which could result in rapider timelines,” Trudeau said.

Asked if he was reluctant to amend the timelines because of past supply hiccups, Trudeau said there have been “disruptions” in supply from Pfizer and Moderna “from the very beginning.”

Trudeau said any comparisons between the pandemic experiences of Canada and the U.S. must recognize that there have been many more cases — and more deaths — reported south of the border.

“Obviously, the pandemic has had a very different course in the United States,” Trudeau said.

On a death-per-caseload basis, however, Canada has fared worse than the U.S. because of how many seniors have died of the virus in long-term care homes in this country. About 2.5 per cent of all COVID-19 cases have resulted in death in Canada, compared to 1.8 per cent in the U.S.

Health Canada’s recent approval of the AstraZeneca product will add more than 20 million shots to the country’s vaccine stockpile over the next six months, but the delivery schedule for most of these shots has not yet been finalized.

One shipment of 500,000 AstraZeneca shots produced by the Serum Institute of India arrived today, but questions remain about who should have access to this product.

WATCH: Some provinces won’t give AstraZeneca to seniors 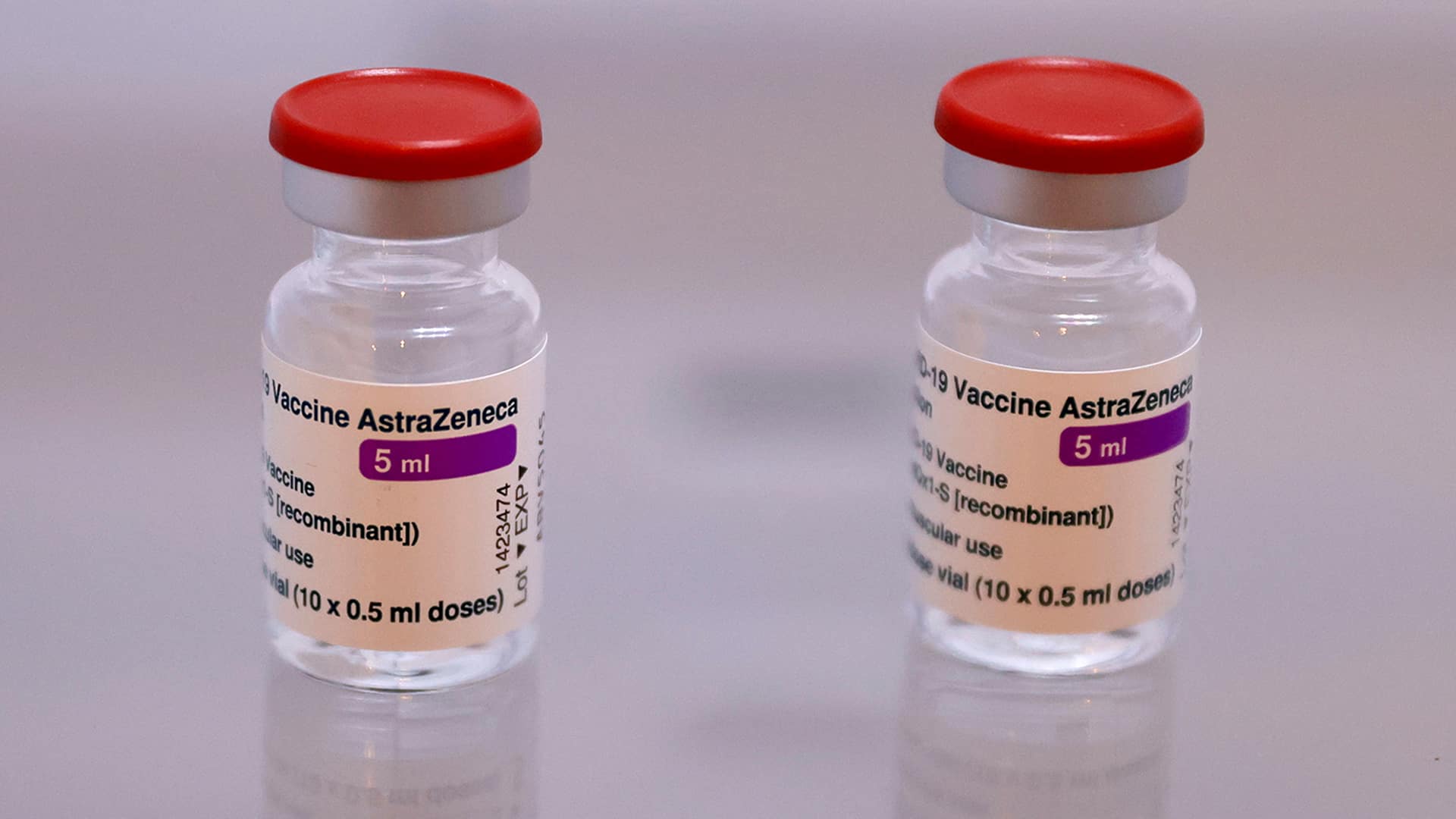 Several provinces are signalling they will follow the recommendation of Canada’s vaccine advisory body and not give the AstraZeneca-Oxford vaccine to seniors, creating a shift away from a high-priority group despite Health Canada’s advice that the vaccine is safe and effective. 2:29

Even before Biden’s announcement, the U.S. was well on its way to ending its inoculation campaign before Canada.

The U.S. is on track to fully vaccinate at least 34 per cent of the population by the end of March, while Canada hopes to vaccinate about 8 per cent on the same timeline.

After accounting for population size, the U.S. will have administered about 4.5 times more shots per capita by month’s end. Canada has administered 2 million doses so far, while the U.S. is nearing 80 million.

All told, the country is projected to have enough supply to fully vaccinate at least 16.45 million people by Canada Day. The supply is expected to grow once delivery schedules for the AstraZeneca product are confirmed.

The U.S. campaign has benefited from a robust domestic vaccine manufacturing sector and massive investments by former president Donald Trump’s administration in companies like Moderna and Johnson & Johnson.

Trump also signed an executive order last December to mandate that all U.S. facilities fulfil their contractual obligations to the U.S. government before shipping products abroad — a decision that has forced Canada to rely on European plants for our shots.

Biden has maintained Trump’s ‘America First’ approach to vaccines and his spokesperson, Jen Psaki, told reporters this week that the U.S. will not send any doses to allies like Canada or Mexico until the vaccination campaign is complete stateside.

According to the latest federal budget documents, the Public Health Agency of Canada (PHAC) has budgeted up to $5 billion for COVID-19 vaccines and other treatments, such as therapeutics.

The specific costs for each vaccine candidate are protected by confidentiality clauses in the federal government’s agreements with drug makers. Canada has promised to buy more than 240 million doses of seven different vaccines if all of them are approved.

Princess Beatrice and Camilla get promotion to new roles…