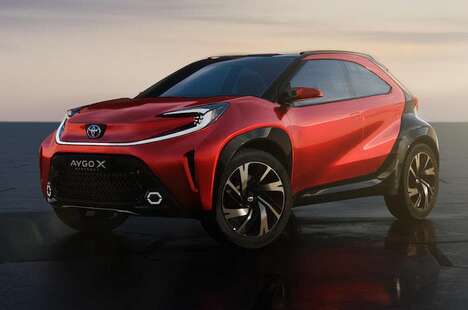 Feb 2, 2023
The Toyota Aygo X Prologue concept has been unveiled by the automotive brand as a vehicle based on the namesake Aygo that has been enhanced with a number of features that make it an eye-catching model to behold. The vehicle features a larger set of wheels that support a more aggressive stance, which makes it appear bigger than it would otherwise be. The model maintains a low-level ground clearance with a large grille along with fog lights, a skid plate and a build constructed on a hexagonal design theme.

The Toyota Aygo X Prologue concept targets younger drivers with a penchant to regularly escape the hustle and bustle of city life, which is supported with a bicycle holder mount and even an action camera built into the door mirrors.