B.C. farmer grabs lynx by scruff of neck, scolds it for killing chickens

A farmer in northern B.C. who caught a lynx in his chicken coop on Sunday didn’t react the way one might expect. He didn’t grab a gun or yell at the wild animal.

Instead, Chris Paulson grabbed the lynx by the scruff of its neck, lifted it off the ground and scooped it from the coop.

Then he gave it a gentle scolding.

“He just looked … a bit like [a kid] with its hand in the chocolate chip bag,” Paulson told CBC News from his home near Decker Lake, west of Prince George.

“So I kind of gave him a little lecture and and then told him he shouldn’t come back.” 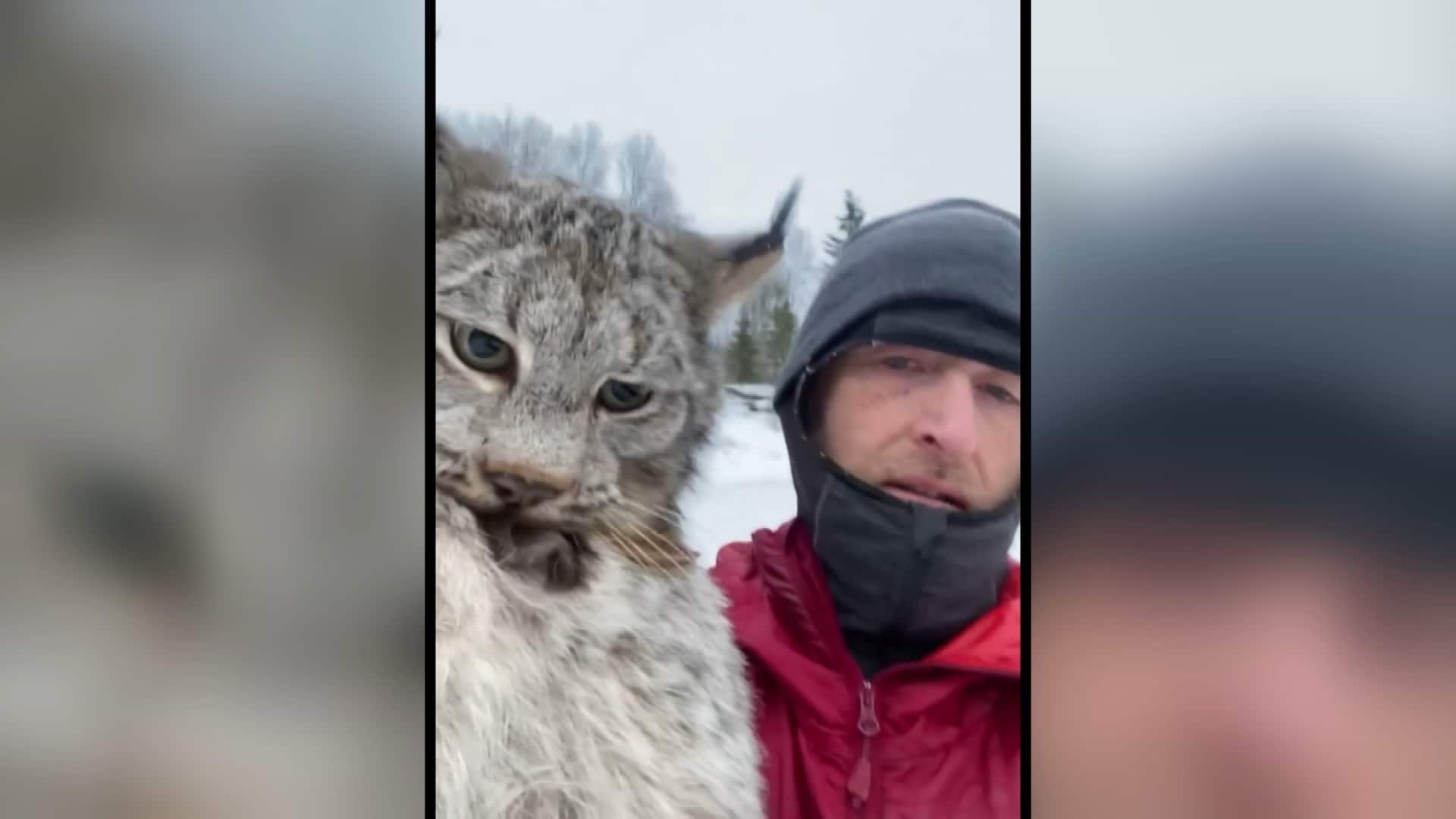 Northern BC farmer Chris Paulson holds a lynx by the scruff of the neck ‘like a house cat’ as he gently scolds the predator for killing chickens in his coop. 0:45

Feathers in its mouth

The cat had been in the middle of its hunt when Paulson found it.

“The lynx had feathers in his mouth, he didn’t want to leave without a chicken,” Paulson said. “I tried to scoot him out of there, but he was so focused on his prey. So I just reached down and picked him up like a house cat does with its kitten.”

Paulson estimates the cat — which had killed two of his chickens — weighed about 11 kilograms.

But Paulson said he wasn’t too worried about his safety as he held the wild animal off the ground by the scruff of his neck.

“That’s how their mothers subdue them when they’re getting too rambunctious,” he said.  “And they just go limp and submissive.”

Farmers often shoot wild animals that attack their livestock. But Paulson said he was able to put the lynx in a dog kennel before relocating it “a bit further out in the bush.”

The lynx was so skinny that Paulson and his family decided to leave the two dead chickens with the animal in the bush.

The dead chickens — named Freda and Birdie — will be missed by Paulson’s children — Kickan, 6, and Charlie, 9 — who have named the lynx Tuffnut.

It’s not the first time in recent weeks that the family has faced off with predators.

‘The owl hit me right in the headlamp’

As van Zanten tried to come to the chickens’ aid, the owl flew at her head, she said.

“The owl hit me right in the headlamp and left my head tingling,” said van Zanten.

Van Zanten is an acclaimed musician who has recorded a children’s album about life on the farm, which includes a tribute to Jerry the Rooster.

But this farm family is pragmatic.

Paulson said his family has “lived on the farm on unceded Wet’suwet’en territory” for almost a century.

“We’re on a big cycle of nature here,” he said. “There’s a lot of food out there, but there’s going to be a lot of predators as well.”

‘We don’t recommend handling a lynx with bare hands’

“We don’t recommend handling a lynx with  bare hands. You certainly might lose an arm,” Palm told CBC News. “Lynx are wild cats and they can be ferocious.”

Palm said he was surprised to hear Paulson “was able to grab it by the scruff of the neck and not end up being bitten and scratched up.”

The conservation officer said while some people may think what happened was preferable to shooting and killing the lynx, “it is technically illegal to capture live wildlife and move them to a new location and can result in a fine.”

To hear the full interview with Paulson, tap on the audio titled below:

Daybreak North7:47‘I gave him a stern talking to’: Man catches lynx killing chickens, grabs it by scruff and takes a selfie

When Chris Paulson came across a lynx in his chicken coop, he decided to grab it by the neck and give it a lecture. He speaks to guest host Andrew Kurjata. 7:47

How the Military Behind Myanmar’s Coup Took the Country Offline