Bianca Andreescu fell just as quickly as she rose — can she rise again?

Even in 2019, amid her remarkable rise, Bianca Andreescu’s availability was a constant question.

That was the year she won the prestigious Indian Wells tournament, the Rogers Cup on home soil and became the first Canadian to ever win a singles major title at the U.S. Open.

In between, she played just five matches. After the U.S. Open, a left knee injury knocked her out of the season-ending WTA Finals in November.

It was over 500 days before Andreescu would play again. She was upset in the second round of the Australian Open last month and lost in the fourth round of a follow-up tournament.

The Toronto native then announced she would miss the next three tournaments for health reasons. Here we go again?

“Physically it showed that she had all those matches under her belt and quite a few were close and long three-setters. … But it’s not a situation where her injuries resurfaced or new injury surfaced,” said Andreescu’s coach Sylvain Bruneau.

Andreescu’s elongated absence was not solely based on injury. Bruneau said in March the plan was for her to return for the Miami Open — until WTA play was suspended due to concerns over COVID-19.

Even with her return on the horizon, Andreescu was stuck in a Melbourne hotel room for two weeks after Bruneau contracted the virus. Other players were allowed out of quarantine for training ahead of the Grand Slam.

“The most important thing for me was that she was able to play those two matches at the Australian Open and then four more [in] the tournament right after and get the confirmation that the old injuries were behind us,” Bruneau said. 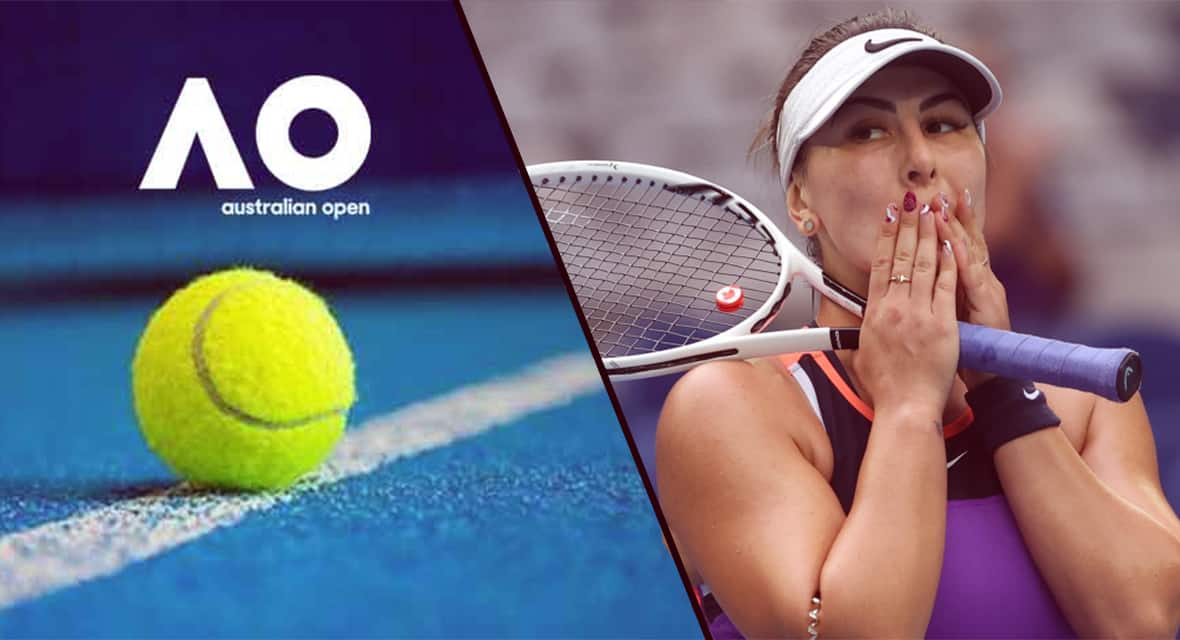 Anastasia Bucsis and Vivek Jacob react to Bianca Andreescu’s abrupt exit of the Australian Open, discuss what they saw from her performance, and how they think she’ll perform in Tokyo. 3:03

Bruneau says those matches met his expectations for Andreescu. Her movement “was not perfect,” but there was reason for hope. There were times she arrived at the ball on time and balanced, and other times Bruneau noticed she was reaching.

“[That] should be a step in the right direction and in some ways a confidence booster for what’s next.”

Neither Bruneau nor Carillo expect Andreescu to immediately regain her dominance, instead stressing that it takes time after such a long layoff.

“She is clearly somebody who can win multiple majors, but the length of time she spent suffering from one injury after another reminded me of Juan Martin Del Potro,” Carillo said.

Del Potro won the U.S. Open in 2009 at 20 years old but injured his wrist the following year. That setback periodically flared up throughout the Argentinian’s career, and he never won another Grand Slam, despite a couple lengthy runs.

“I think she’s exciting and I think she’s got a fun game to watch. And fingers crossed that that’s all I say. It was the same for [Del Potro]. It was like, ‘God, such a great game to watch.’ But you don’t want to be stopped by being injured,” Gilbert said.

WATCH | Andreescu stunned in 2nd round of return: 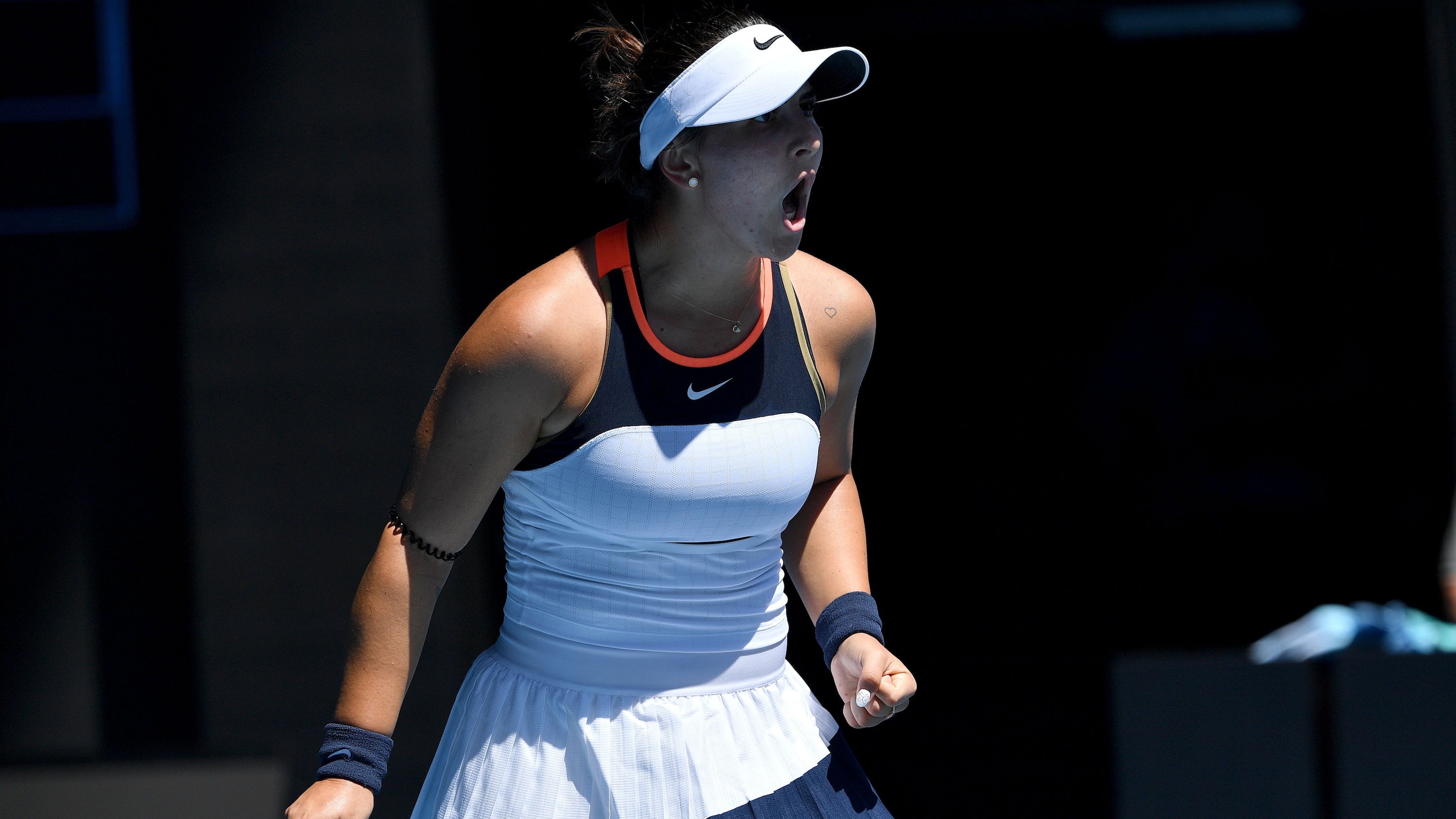 Mississauga’s Bianca Andreescu made a second-round exit at the Australian Open on Wednesday, dropping a 6-3, 6-2 decision to Taiwan’s Hsieh Su-Wei. 4:48

Knee injuries can be debilitating for tennis players, but Andreescu’s game doesn’t solely rely on speed — it’s her varied approach that makes her tough to handle.

At her best, there are no weaknesses.

“When she is playing, I tend to only watch her half of the court,” Carillo said.

“Almost every other woman is fairly predictable in how they’re going to play strategically. With Andreescu, you don’t know what the hell is going on in her brain. And all of a sudden there’s this gorgeous lob or this sweet little dropshot or she’ll break open the point with a heavy forehand.”

Gilbert was more cautionary about how a knee injury would specifically disrupt Andreescu’s game.

“In ’19 at the Open, the way she was flying around the court, I thought she was the best mover — even better than [current world No. 3 Simona Halep]. … That’s something crucial to her game because she’s not six feet tall,” he said.

With the right dose of practice, load management and tournaments, none of Bruneau, Carillo and Gilbert would be surprised to see Andreescu right back where she finished in 2019.

“I am not sure that it’s totally possible to try to get her to peak for the Olympics or for wherever, as we just need to go through a process and look for her game and everything to fall back into place,” Bruneau said.

Andreescu is just 20. The Del Potro path is the darkest timeline, but it is far from certain.

“The best ability is availability. And if you don’t have availability, you can’t post results,” Gilbert said.

“I know there’s great ambition and ridiculous talent. I think what we need here is some patience,” Carillo added.

Given the time off, Andreescu’s middling results in Australia were a signal that her previous dominance won’t just come back on its own. It takes real matches and consistent practice to get there.

In one moment, she was one of eight women invited to the WTA Finals. In the next — 16 months later — Andreescu was upset by an unseeded player in the second round of the Australian Open.

“When you feel that great with your game, with your confidence, with everything about your tennis and you’re forced to take 16 months off, that’s not where you want that to happen usually. When you’re getting [to] the top of the mountain, you want to keep going,” Bruneau said.