Black scientists around the world are calling for action, equality and representation

This story is part of the Black in Science special airing Feb. 27 on Quirks & Quarks.

On May 25, 2020, Christian Cooper was walking through the Ramble, a part of New York City’s Central Park. He noticed a dog off its leash and asked its owner, Amy Cooper (no relation) to abide by the leashing rules. The woman became angry and called the police, at one point claiming that “an African American man” was “threatening” her and her dog, a claim that was refuted by Christian Cooper’s video that was later posted to social media.

It was the same day George Floyd was killed by a police officer in Minneapolis.

It turns out that Christian was a Black birder, simply walking and observing in one of his favourite places to do so. His sister shared his encounter on Twitter, and it exploded, causing anger, outrage — and action.

Quickly, the hashtag #BlackBirdersWeek began to trend, highlighting the unfair treatment and suspicion that Black people face while simply enjoying either their profession or their hobby.

The goal? To dedicate a week to those branches of science and promote Black scientists who worked in their respective fields. The movement became known as “BlackinX.”

WATCH | Black birdwatchers push back against stereotypes, racism with #BlackBirdersWeek: 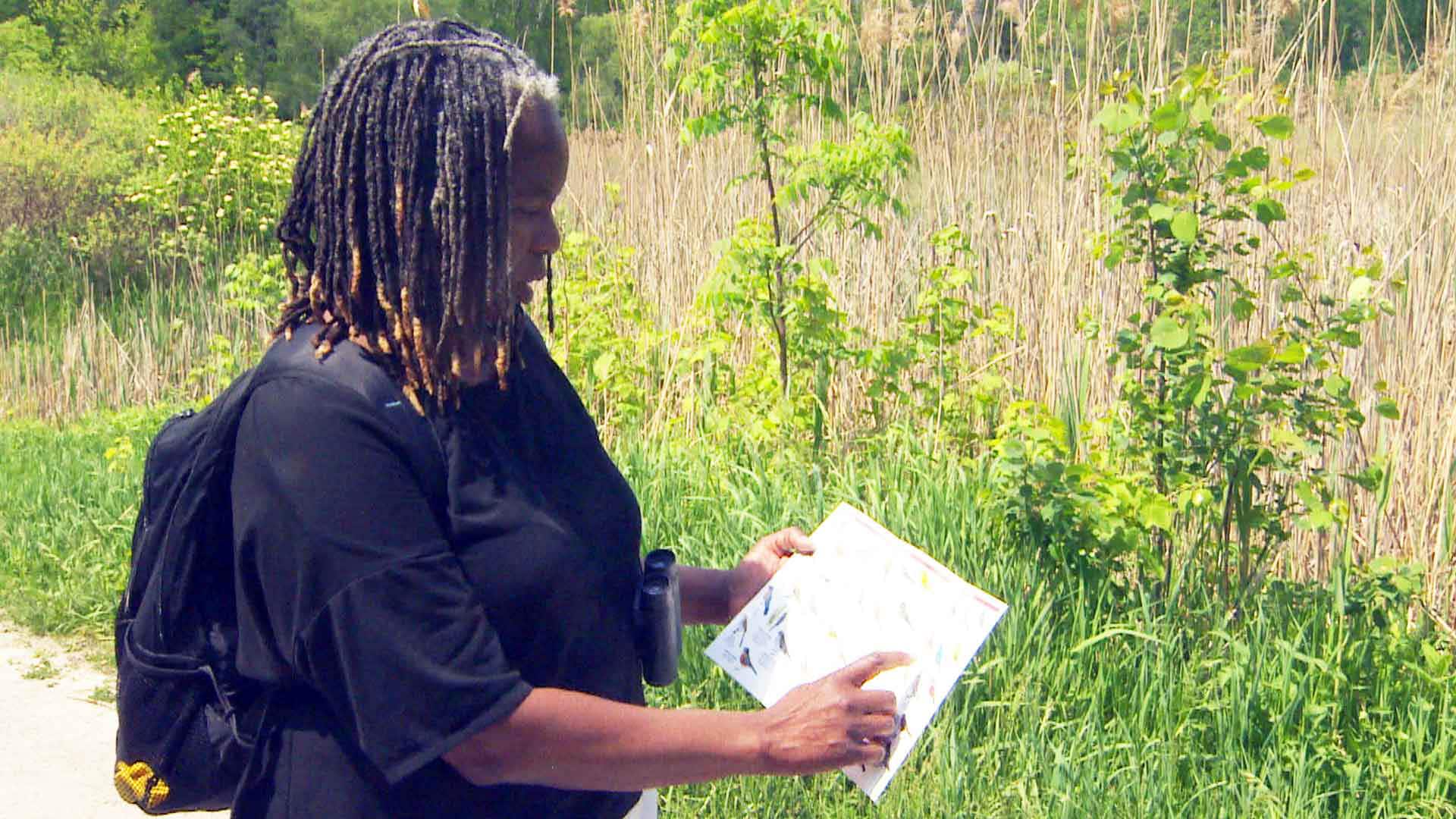 #BlackBirdersWeek is a global online movement sparked by a racist incident in Central Park. 2:03

Science has long been the domain of the white male, and now, following incidents such as the Central Park encounter, Black scientists are calling attention to not only a history of racism in science itself, but a lack of representation and equality in scientific fields overall.

And the disparity is seen widely.

Black people represent roughly 13 per cent of the U.S. population, but according to the U.S. National Science Foundation, which collects data on science and engineering doctorates, only two per cent of those who identified themselves as Black or African American received doctorates in health sciences in 2017. In geology and astronomy, it was closer to one per cent.

In atmospheric physics and meteorology, there wasn’t one single Black person who graduated with a PhD that year.

(There is no equivalent data collection in Canada, though organizations like the Canadian Black Scientists Network have recently formed in order to address a lack of representation.)

The problem, many Black scientists say, is that academia is still an environment of systemic racism. It’s not a place where they feel heard or viewed as equals.

“I know a lot of Black folks who were amazing scholars, amazing artists, activists, who actually, later on, were dealing with either mental health or physical health [issues], from the violence they experience in the educational system, and having to constantly prove that they’re smart. [It’s] the imposter syndrome,” said Roberta Timothy, director of health promotion at Dalla Lana School of Public Health at the University of Toronto, who is involved in studying the Black experience during COVID-19 pandemic.

“The imposter syndrome is the impact of anti-Black violence. It’s the impact of going into class, putting your hand up on a daily basis and the teacher not saying anything to you; you saying a whole big statement in class — and it comes from kindergarten to university and to being a professor —  you say something in a meeting, and nobody responds, because your knowledge is not valid; what you’re saying is not valid.”

There are other ways this systemic racism is affecting Black people. Electronic soap dispensers have had issues with sensing a Black person’s hand. Facial recognition software has difficulty recognizing Black people.

If you have ever had a problem grasping the importance of diversity in tech and its impact on society, watch this video pic.twitter.com/ZJ1Je1C4NW

“When you talk about the fact that hand sanitizers can’t recognize dark skin, or the fact that up until a few years ago, most image recognition software were identifying Black people as monkeys, that’s not a fault of the tech, that’s the fault of the training data that people are actually using to kind of inform these algorithms,” said Tyrone Grandison, chief technology officer at The Telehealth Market in Colorado.

That’s what happens, he said, when the programmers have a limited world view.

But once you’re studying in your desired field, the experience can be taxing. Many scientists say they need to try harder to prove that they belong.

“You have to be the ‘exceptional Black’ in order to succeed, you cannot be a certain image, right? Or a certain thing, because people will perceive you as different, which is why I purposely have these [dreads] in my hair,” said Ashley Walker, an astrochemist and the creator of #BlackinAstro. “So, it is definitely very, very hard.”

“It can be very, very difficult and sometimes mentally draining because we have to go through so many hoops, just to get to where we have to go.”

Then there’s being the only Black person in the room.

“I’ve had people — where I’m presenting — ask me to go get coffees for them,” Grandison said. “I’ve had people mistaking me for the chauffeur, the help, in rooms where I’m the one providing the material to the audience.”

While he politely corrects them, the truth is, it takes its toll.

“I personally had no facility or no outlet, or no champion in the room to actually address it directly,” he said. “So I just shrug it off, do what I’m going to do. And then talk about it, process it with people afterwards. Because in those rooms, there’s just not an outlet or an advocate.”

Having more Black scientists also matters because it lets the younger Black generation see themselves in those roles.

One day when we jumping around on the #moon I’ll think back to this moment. pic.twitter.com/Tjv0dx0ZZ0

Grandison, Timothy and Walker all share the same view: That, in order to truly bring an end to systemic racism, it has to be more than just having a Black person or multiple Black people in the room; it’s more than just filling up spaces. It’s about tackling centuries-old racism and the belief — either implicit or explicit — that Black people are “lesser-thans”; it’s about realizing that Black scientists are working just as hard or harder, and have just as much to offer as anyone else in the room.

But Timothy also has hope for the future and said the fight won’t stop.

‘What I see right now in the environment, what I see coming up, even in terms of the new Black hires and the young [is that] there are more programs trying to support Black folks and Black kids in science,” she said.

“And I think that it’s inevitable that we will decolonize science because we’re not going to stop.”

Away From Silicon Valley, the Military Is the Ideal Customer

Reply All podcast on hiatus after accusations of toxic work culture