Borders areas should be used, not feared, in pandemic responses Uganda’s experience shows how communities near borders come up with effective strategies for disease control, while resisting disruptive state ones. 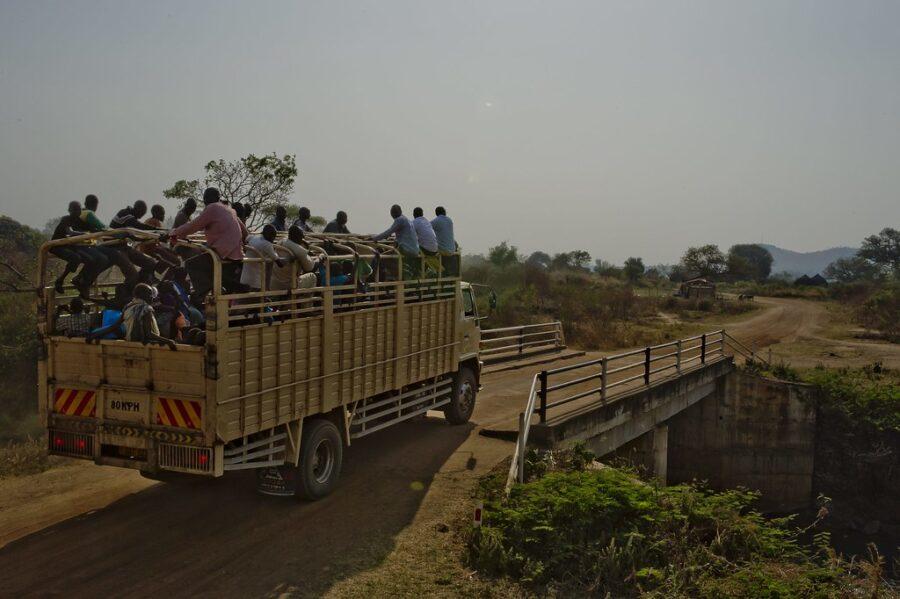 As Uganda continues to contain an outbreak of Ebola, which recently claimed its 19th victim, there has been a renewed focus on the country’s borders. During health emergencies, attention often turns to these areas.

Throughout the Covid-19 pandemic, for instance, cross-border ties were feared to be a source of contagion. The World Health Organization (WHO) saw international frontiers as integral sites for viral containment. Many governments tried to shut their borders.

The logic behind these impulses is clear, but it may also be flawed. Seeing cross-border ties solely as a source of contagion obscures their potential to serve as a powerful resource for disease surveillance and response. As our research in West Nile, North West Uganda, found, a less-antagonistic approach to border areas could lead to improved pandemic management.

When Covid-19 began spreading around the world in 2020, Uganda’s response was regarded as one of the world’s most stringent. Tellingly, President Yoweri Museveni described restrictions as the “bitter medicine” Ugandans must swallow to “beat the virus”.

A key ingredient of this bitter pill was the banning of cross-border movement. This measure was enforced by the military, often against the wishes of local communities. As one commentator noted, Ugandan authorities expected “obedience rather than awareness; and appeal to our patriotism, not to our solidarity”.

In the relatively poor West Nile region, border closures ruptured the rhythms of everyday life. Residents here have long relied on trade and inter-mixing with communities based in the Democratic Republic of Congo (DRC) and South Sudan. In fact, West Nile’s borders were only demarcated in 1914 and have often been circumvented for social, economic, and humanitarian reasons.

Following the ousting of Idi Amin in 1979, for instance, many Ugandans turned to their relations in the DRC for shelter, food, and water. These relationships subsequently facilitated an informal cross-border trade, which has proven economically vital for decades. People have also often travelled between countries for marriages, burials, and other everyday events. Kinship and linguistic connections transgress the arbitrarily drawn colonial border.

Covid-19 measures and the deployment of armed security forces made West Nile’s often-invisible border visible. Yet, in part because of the necessity of border crossing, movement did not cease. People found ways to disobey the government directive, including by using small informal routes known as panya. As the pandemic endured, some soldiers were also complicit in bending the rules by declining to enforce mandatory testing on itinerant traders.

Such resistance to disease containment is not new. During the 2018 Ebola outbreak in the DR Congo, some leaders in the Ugandan border district of Kasese criticised the surveillance of all Congolese who crossed the border as divisive. Many leaders therefore ignored the blanket state response or supported the establishment of small checkpoints to just screen “unknown” people.

Crucially, however, Uganda’s border communities don’t only resist what they see as blunt and misguided state policies. They have also given birth to effective local forms of governance grounded in cross-border intra-clan solidarities. Many groups, for instance, have set up “security wings” to control cross-border crime. Several communities hold meetings across borders to address challenges posed by changing demographics, land shortages, and climate change.

Health crises have also generated local strategies tailored to local realities. During the Ebola outbreak in eastern Congo, for instance, elders and councillors helped scrutinise movement of traders and would alert health emergency teams to intervene if they were concerned at someone who had recently entered from the DRC. While sometimes leading to ostracisation, these approaches were highly attentive to the fragility of local livelihoods.

Rather than seeing borders as faceless instruments of pandemic containment in need of policing, we should see them as an important resource to develop more equitable and inclusive policies. While power dynamics within cross-border networks warrant further research, it is evident that communities often come up with improvised responses that work against disease outbreaks – rather than against the socio-economic fabric of everyday life. Borderland communities may well have underutilised capabilities for disease surveillance, the dissemination of public health information, and testing.