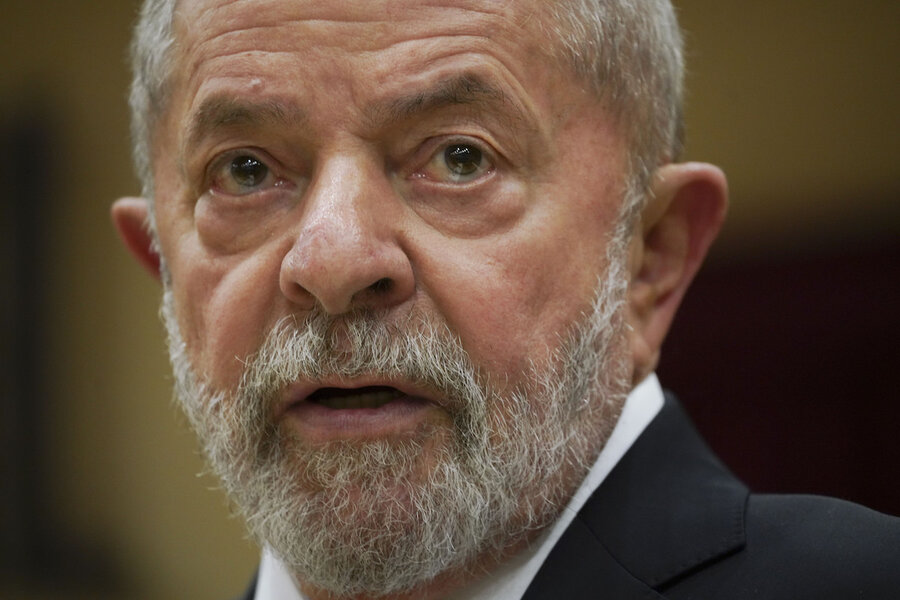 A top judge has thrown out both corruption convictions of former Brazilian President Luiz Inácio Lula da Silva, opening the way for a possible battle against conservative incumbent Jair Bolsonaro in next year’s elections.

Supreme Court Justice Luiz Edson Fachin on Monday annulled the convictions on procedural grounds, arguing the cases were tried in the wrong jurisdiction. That means the ruling may not affect numerous other convictions of powerful businessmen and politicians also swept up in the sprawling “Car Wash” investigations centered on the state-run oil giant Petrobras.

He said the case should be retried in the capital, though former prosecutor Deltan Dallagnol suggested on Twitter it may be too late for that because the statute of limitations for prosecution of the 75-year-old ex-leader could have expired.

The government can appeal Judge Fachin’s ruling to the full court, and Mr. da Silva still faces other prosecutions in Brasília and São Paulo, though those are far from any final decision.

Mr. da Silva, universally known as “Lula,” was wildly popular during his 2003-2010 presidency, when poverty fell as Brazil boomed, thanks in part to strong commodities prices. He left office with an approval rating in the mid-80s. But his star dimmed in recent years as Brazil’s economy slumped and corruption scandals involving the former leader and those around him gained traction.

Even so, he was leading in the polls for the 2018 presidential race before the initial conviction ruled him out as a candidate. That opened the door for Mr. Bolsonaro, a right-wing lawmaker who won election with the image of an anti-corruption outsider.

Mr. Bolsonaro quickly responded to the court ruling, calling the administration of Mr. da Silva’s Workers’ Party “catastrophic,” adding, “I think the Brazilian people don’t even want a candidate like that in 2022, much less think about his possible election.”

Analyst Thiago de Aragão, director of strategy at political consultancy Arko Advice, said the pugnacious Mr. Bolsonaro may benefit from a ruling that could help galvanize his hardcore backers, who see the Supreme Court as an enemy due to several rulings against the administration.

As news of the ruling broke, chants of “Lula livre!” – “Lula free!” – and recordings of jingles from his presidential campaigns echoed from windows in some cities. There were also cries of “Bolsonaro Out!”

Political consultant Thomas Traumann, who worked in the administration of Mr. da Silva’s protégé and successor, former President Dilma Rousseff, said the annulment of Mr. da Silva’s conviction gives new life to the Workers’ Party in which he remains the dominant figure.

He also projected that a polarizing campaign against Mr. Bolsonaro would make it tough for other rivals to find support.

“These two will take a lot of room from any third-way candidate. They are two names with nationwide recognition, very clear projects, and allowing little space for any other bidders to thrive,” Mr. Traumann said. “The election is only in October of next year, but it is fair to say that today kicks off a lot of the process.”

Mr. da Silva was sentenced to 12 years and seven months for allegedly receiving an apartment worth about $1 million as a bribe from construction company OAS. He has always denied ownership of the apartment.

Another conviction involved his alleged ownership of a ranch in Atibaia, outside São Paulo.

Mr. da Silva was released from prison in November 2019 due to a decision of the country’s top court that a person can be imprisoned only after all appeals have been exhausted.

The decision also affects the reputation of former federal Judge Sergio Moro, who sentenced Mr. da Silva in the first case, was involved in the second, and left his post to become justice minister in Mr. Bolsonaro’s administration. He resigned in April last year after falling out with the president.

Mr. da Silva’s legal team had wanted the top court to deem Judge Moro biased after a series of messaging app leaks published by The Intercept Brasil showed apparent coordination between the then-judge and Car Wash prosecutors to land the leftist leader behind bars.

Had the Supreme Court determined Judge Moro was biased, top executives and others he sentenced to prison as part of the investigation could have moved to have their own cases annulled.

“Fachin knows that his decision basically means Lula will not be punished, but he wants to save whatever is left of Car Wash,” Mr. Badaró said.

This story was reported by The Associated Press. Biller reported from Rio de Janeiro.