Breen entered round one of the Italian Rally Championship to bring him back up to speed on asphalt, but a promising run alongside Paul Nagle ended when they left the road towards the end of the fifth test.

Their Hyundai i20 R5 ended up on its roof but both Breen and Nagle managed to walk away uninjured – although both were taken to hospital for follow-up checks and later discharged.

It later emerged that a puncture picked up by the front-right tyre just moments before the incident allowed it to work itself free of the rim and compromised grip as the crew approached a tightening left-hand bend.

Although the pair have not been confirmed for the next WRC round, which takes place in the roads around Zagreb on 22-25 April, it is believed they will be called up to drive the third i20 Coupe WRC as part of their car-sharing agreement with series veteran, Dani Sordo.

Asked if the crash had hurt Breen’s chances of returning to the squad in Croatia, Adamo said: “It hasn’t affected Craig’s future presences at WRC rounds.

“I think that Craig was doing well before the accident. He and Paul were for sure having a nice event and were getting more experience on tarmac together.” 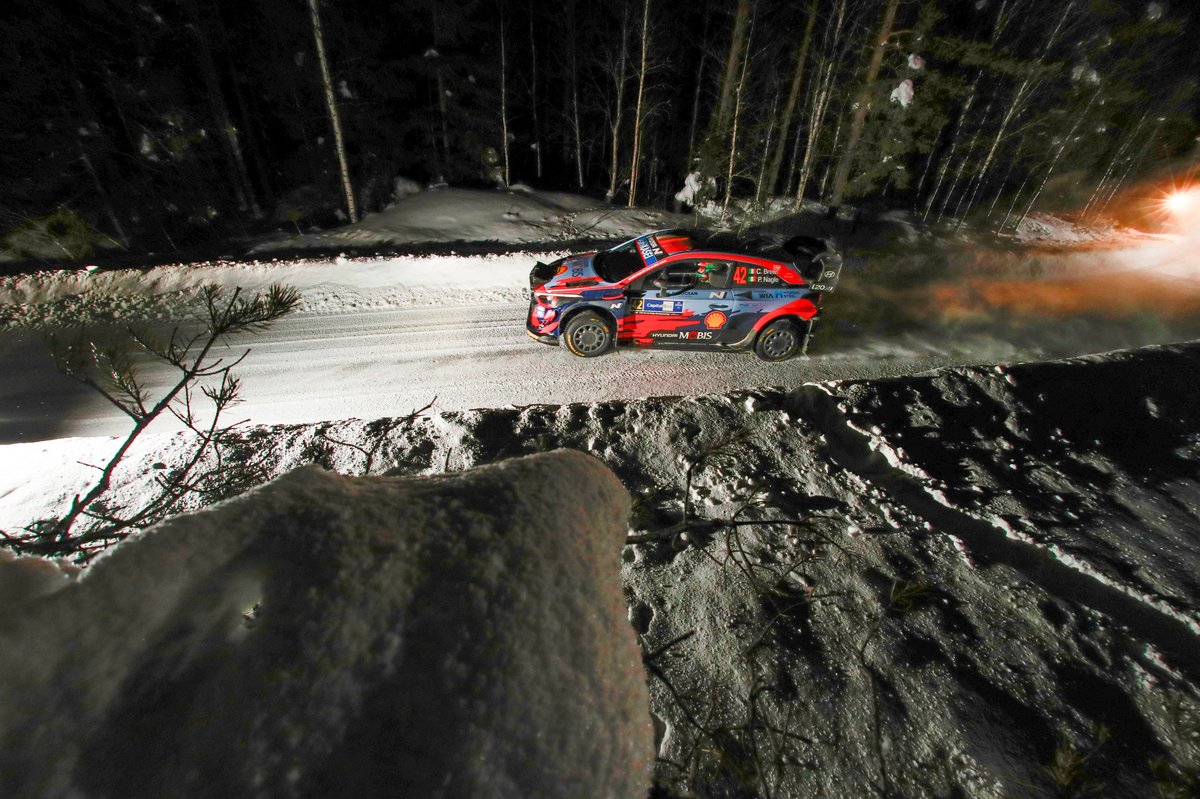 Adamo was equally upbeat in his assessment of Thierry Neuville’s performance. Despite having not sat in an R5 car since the 2018 Ypres Rally, the Belgian recorded quickest times on six of the meeting’s ten stages to win by 22.7 seconds with help from his new co-driving team-mate, Martijn Wydaeghe.

It came against the backdrop of Neuville admitting he did not “really like to drive” the i20 in R5 specification and spent a full day of testing in the run up to it to get acclimatised with the supermini.

They travelled to northern Italy to work on their communication after problems surfaced at Arctic Rally Finland, where Neuville struggled to decipher Wydaeghe’s instructions during the Saturday leg of the winter event, leading to him having to second guess the speed at which he should approach some corners.

In his post-Rally il Ciocco comments, Neuville declared that he was “happy with the event” and “the work done” with Wydaeghe, who has been taking French lessons to improve his pronunciation of words.

Adamo added: “I can for sure say it was mission accomplished for Thierry and Martijn. Rally il Ciocco was part of a plan we have with them, to make sure they work together better and better.”

Demi Lovato Says She Was Raped at 15 During Disney Days