Brad Keselowski inherited victory in the NASCAR Cup Series race at Bristol as leaders Joey Logano and Chase Elliott took each other out with two laps to go.

However 2018 Cup champion Logano nipped ahead of Elliott using the higher line and was holding onto his position when Elliott charged up the inside and got loose, taking both cars into the wall.

The race stayed green to the finish as the combatants limped to the line at the in 21st (Logano) and 22nd (Elliott), at the tail end of the lead lap.

By dint of pitting under a caution on lap 459, Keselowski had the freshest tyres of the leading pack in the closing stages, his rivals having not stopped since lap 434.

The 2012 Cup champion’s #2 Mustang, which had started on pole in a random draw, eased past Kyle Busch on the final restart to be in position to benefit when Logano and Elliott (pictured below) clashed. 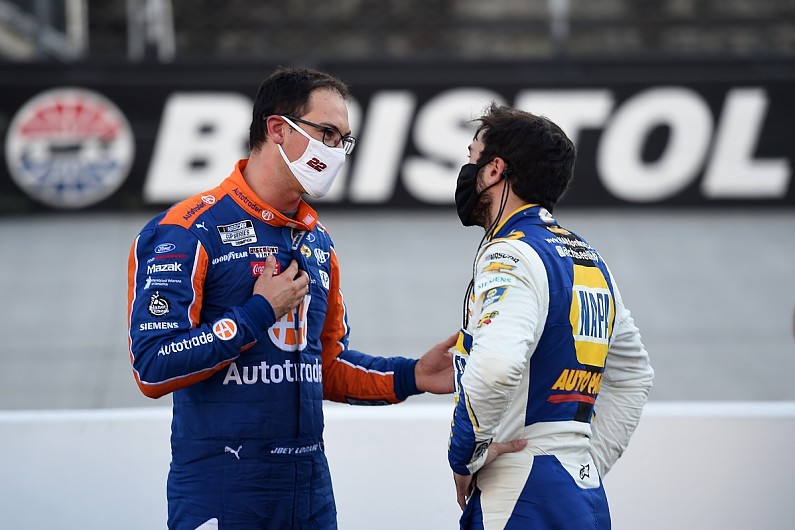 Using a similar strategy, Stewart-Haas Racing’s Clint Bowyer kept clear of the trouble late on to finish second, his best result of the season thus far.

Jimmie Johnson’s winless run now stands at 104 races, but the seven-time champion also posted his best result of the campaign in third, after being disqualified from second in last week’s Coca-Cola 600.

Having started from 24th, Johnson’s Hendrick Chevrolet quickly rose to ninth after the first competition caution on lap 20 and was running with the leading gaggle for a majority of the afternoon.

Johnson was involved with Joe Gibbs Racing pair Hamlin and Kyle Busch when the two Toyota Camry’s were trading the lead through the 250-lap final stage.

After Hamlin’s spin which relegated him to an eventual 17th, Johnson too passed Busch, who was the lead Toyota finisher in fourth.

JGR team-mate Erik Jones was a strong fifth as Austin Dillon followed an eighth place at the second Charlotte race on Thursday with sixth for Richard Childress Racing. 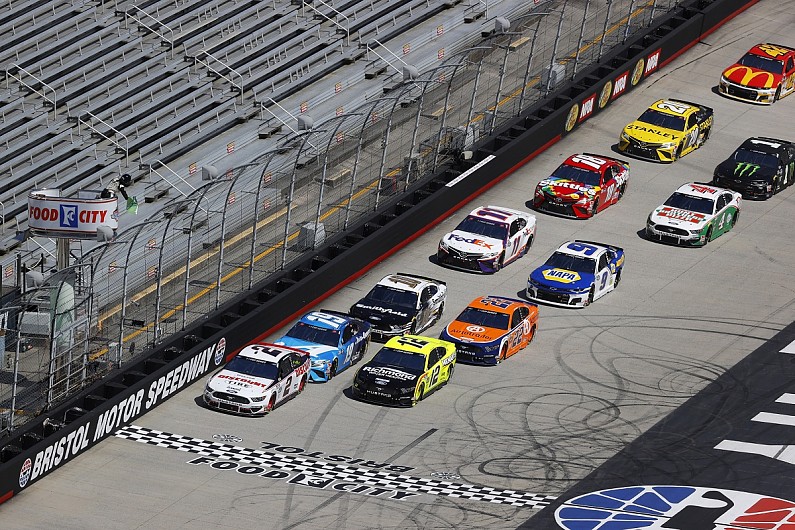 In a race of high attrition and 17 caution periods, there was one red flag when Ricky Stenhouse Jr got loose following Matt Kenseth’s Ganassi machine and spun into the pit-wall.

As Stenhouse came back onto the track, he collected Cole Custer, Tyler Reddick and Alex Bowman, who were all eliminated in the melee.

After flocking downtown to woo millennials, offices might move back to the burbs