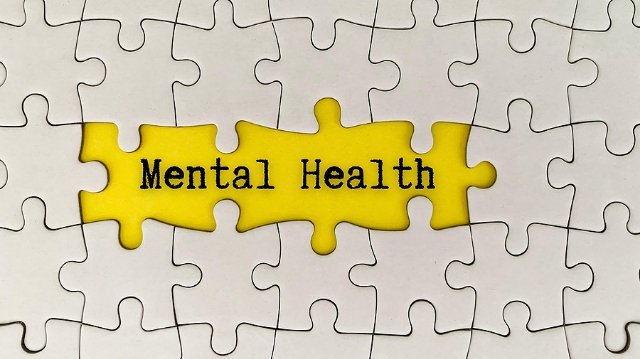 In the decades since John F. Kennedy began the process of deinstitutionalizing people living with mental illness, the envisioned community-based system has never been realized. Rather, the justice system has become the de facto mental health system with a disproportionate percentage of individuals finding the symptoms of their mental illness criminalized. According to the Treatment Advocacy Center, “in 44 states, a jail or prison holds more mentally ill individuals than the largest remaining state psychiatric hospital.” Individuals with psychiatric diseases like schizophrenia and bipolar disorder are 10 times more likely to be in a jail or prison than a hospital bed.

Agents of the public safety system, law enforcement officers found themselves responding to increasing numbers of calls from individuals and families whose symptoms or suicidality warranted an immediate response not available from the mental health system.  Unprepared to respond to individuals living with mental illness, police officers are put into situations that unfortunately are more likely to end with the use of deadly force. Individuals with mental illness comprise “1 in 50 U.S. adults” but “are involved in at least 1 in 4 and as many as half of all fatal police shootings.”

In 2020, 988 was designated by federal legislation as the Suicide and Crisis Lifeline with a launch date of 7/16/2022. At the same time, the Substance Abuse and Mental Health Services Administration identified the building of a full continuum of crisis services as their number one priority throughout the nation.

Issuing policy and program development guidance, SAMHSA began investing significant resources to support states in their implementation of the crisis system. The vision is that 988 call takers would provide immediate crisis counseling 24/7/365. Having 988 as the entry point for accessing services, individuals experiencing a mental health/suicidal crisis would have their urgent behavioral health needs met in the least restrictive and most community-based option able to address their needs.

Historically, individuals in crisis would call 911, and law enforcement officers would be dispatched to respond. It is important to recognize that law enforcement must have a large diversity of skills, and they receive minimal training in de-escalation or symptoms of mental illness. The development of various models of responding to individuals in crisis has focused on engaging  other professions or training officers to better understand mental health calls. While officers should be trained to respond to a person in crisis, officers are agents of the public safety system and should not be called upon to respond to mental health calls when no public safety threat is present.

The vision of the crisis system is to have individuals seek help by contacting 988, and when needed, have a mobile mental health team respond to them in the community. As a nation, we have criminalized mental illness, watched our national suicide rate skyrocket, seen the criminal use of force on individuals in crisis, had the percentage of inmates on psychotropic medications skyrocket, and watched the volume of people seeking care in emergency departments result in lengths of stay in emergency departments increase from hours to days and even weeks. These realities are not the fault of any one entity, but rather responsibility lies with all of us who have not intentionally advocated for systemic change.

There is an answer to ensure people are served by the mental health system, not the public safety system or emergency departments. Advancing this systemic change requires social workers to champion the importance of building the full continuum of crisis services. With estimates that 60% of mental health services are provided by social workers, it is our responsibility to advance practice change.

Social justice movements are critical to social change, and as social workers, a core value of our code of ethics is to challenge injustices. The building of the crisis system is, in fact, a social justice movement of our time. Ensuring that individuals living with mental illness or those experiencing suicidality have choice and voice is a clear ethical mandate for the social work profession. While it is easier to express frustration over broken systems than work for change, social workers must focus our energy on building the type of community-based system John F. Kennedy envisioned for his sister.

As she advocated for compassionate responses to individuals’ struggle to meet basic needs and children being exploited, Jane Addams founded the social work profession. System reform to better serve the most vulnerable among us is a call new social work graduates can answer, and by doing so, can end the criminalization of symptoms of mental health conditions.

Dr. Jenna Mehnert Baker, MSW, CAE, SHRM-CP, is the former executive director of NASW-PA, a current faculty member of Kutztown University’s Social Work Department and a board member of CIT International. Her field of expertise is the intersection of mental health and justice systems.