It’s been a tough year for musicians. But for Calgary professional chamber choir Luminous Voices, things are looking up.

The choir has been nominated for a Juno for classical album of the year: vocal or choral.

“This couldn’t really have been a worse year for singers, I’d say, and for choirs and for us to actually, you know, have those experiences, but then then get this recognition right now — it  really means the world to us,” Tim Shantz, the founder and artistic director of Luminous Voices, told The Homestretch.

The choir drew international attention during the pandemic for its innovative drive-in choral concerts, which allowed them to keep performing.

WATCH | See part of their February performance in High River, Alta., in the video below. 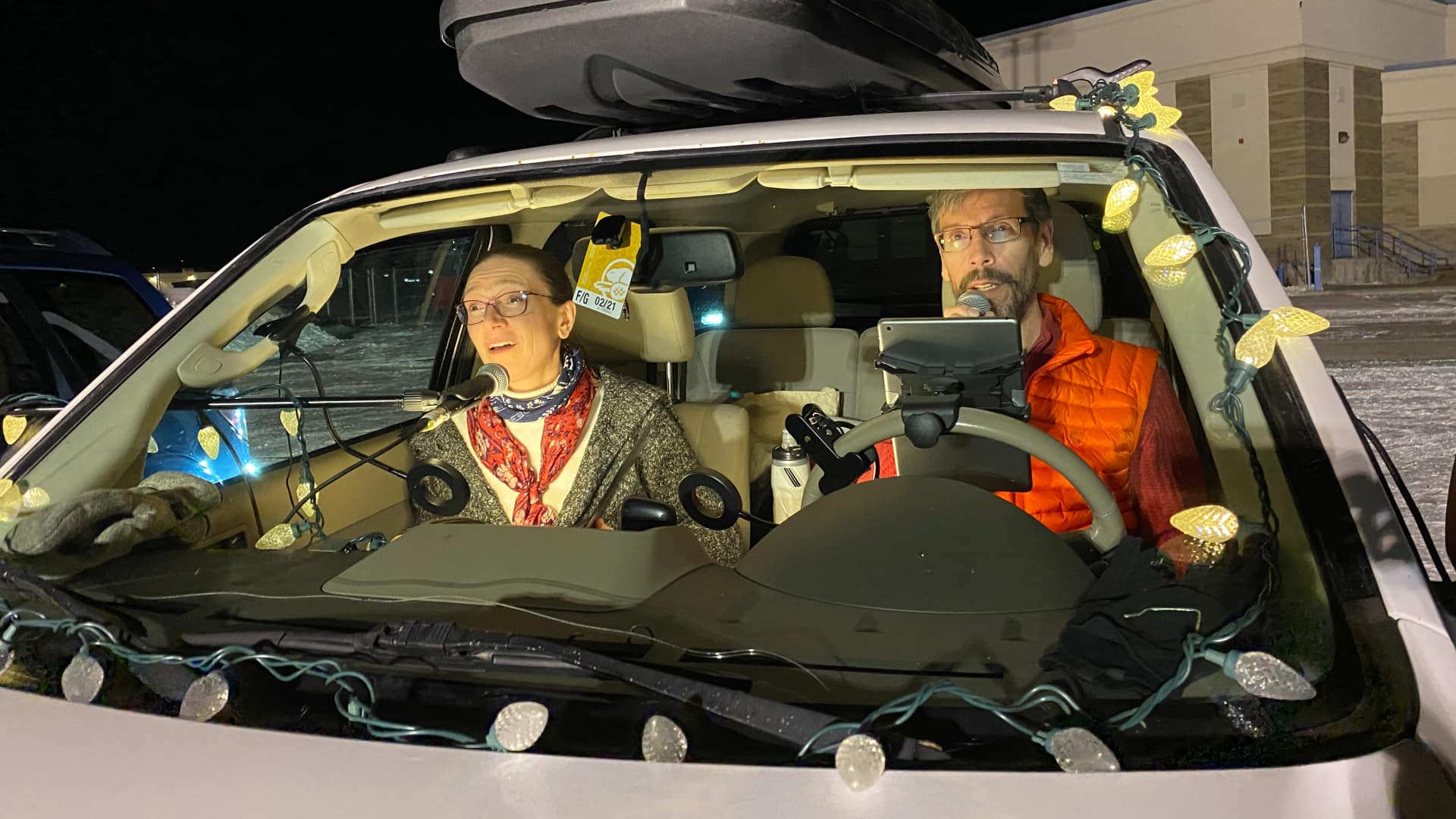 This Calgary choir’s drive-in concerts gives them a chance to perform “like old times.” 0:41

“This has been a chance for us to make music together, but also for other people, you know, in a real live environment. So it’s been a really unique experience for us,” Shantz said.

“And amazing to see how many people have been interested in what we’ve been doing, and how heartening that’s been.”

Shantz said the group may not give up the popular drive-in concerts for a while.

“I’d imagine that we might end up doing still some kind of drive-in events. And it’s been unique enough for us that we’d like to do another in the spring,” Shantz said.

“But we are definitely making plans for, you know, a partial live stream, partial in-person performance season, next season. And we’ll just keep holding our breath and hoping for the best.”

The album Sea Dreams was released in July of 2020, after a long stretch of collaboration.

“It was a recording that we did over the course of some time. And it started with a workshop and commission project with Peter-Anthony Togni, composer, and we premiered a piece of his in 2018, and after the success of that, we decided we should record it and then carry on recording more of his music to complete an entire recording,” he said.

Shantz said he is happy to see the province relax some of the restrictions on musicians, now allowing groups to rehearse with a maximum of 10 people.

Meanwhile, the group is taking a moment to enjoy the recognition of a Juno nomination.

“It’s just incredible.You know, it’s been such an up and down year. And really to get this honour, to be nominated with these amazing other singers is just a complete honour. It’s amazing.”

With files from The Homestretch.