Canada will take its share of vaccine doses from the internationally funded COVAX initiative and will not give any doses to other countries until all Canadians are vaccinated, said Procurement Minister Anita Anand.

“We are going to make sure that all Canadians have access to vaccines. That’s our priority, that’s the role of the federal government,” Anand told CBC News Network’s Power & Politics Friday.

“We will then make sure that we are sharing vaccines with the rest of the world and I will say that motivates us every day.”

COVAX is a global vaccine-sharing initiative jointly coordinated by the World Health Organization, the Coalition for Epidemic Preparedness Innovations and Gavi, The Vaccine Alliance.

The program pools funds from wealthier countries to buy vaccines for those countries and ensure low- and middle-income countries have access to vaccines as well.

Canada will receive 1.9 million doses of the Oxford-AstraZeneca vaccine from the program by the end of June.

The federal government bought into COVAX with $440 million in September and committed an additional $75 million last month.

Half of the original $440 million secured doses for Canadians, and the other half is directed toward providing doses for 92 countries that need help securing vaccines.

“We are entitled under our agreement with COVAX to draw down on that commitment that we made with them back in the summer,” she told guest host Catherine Cullen. “We are committed to the COVAX facility … and we are one of the largest contributors to that facility and will continue to support it.”

Canada has been criticized for saying it will take vaccine doses from COVAX, despite having signed supply contracts that would ensure each Canadian could be vaccinated ten times over.

Last month, Canada’s former ambassador to the UN added his voice to those questioning Canada’s decision to accept COVID-19 vaccines from the global vaccine sharing initiative.

Watch: Procurement minister says Canada will still use its share of COVAX vaccines: 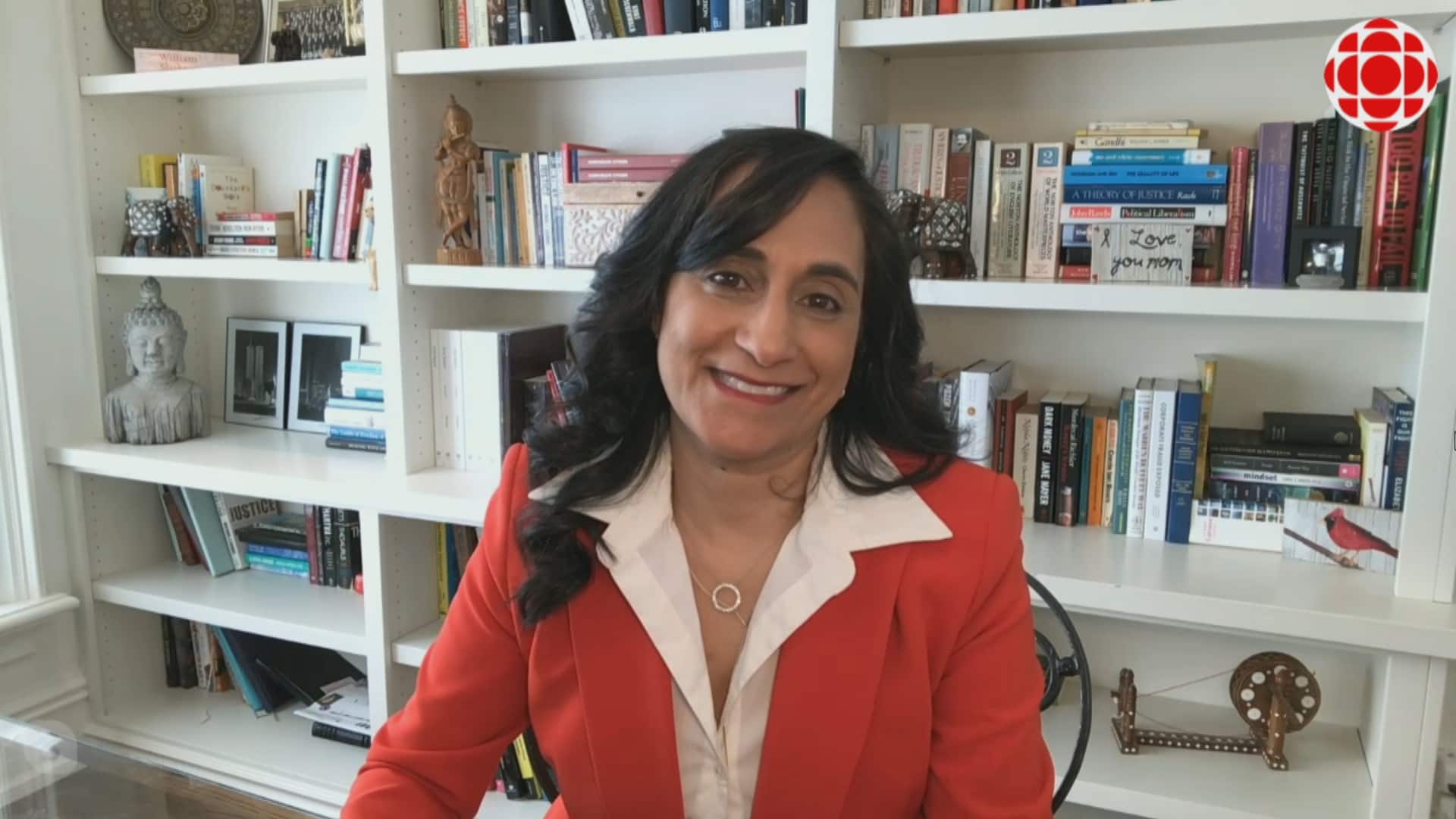 “We don’t need it. We will have enough doses to do the job and we’re getting them online very quickly,” Stephen Lewis told CBC News Network’s Power & Politics

“Canada is part of a global family, and Canadians know that caring for our neighbours extends beyond our borders. Canadians want to be responsible members of the international community, and the government should refuse to take any doses from the COVAX facility. It’s not smart, but most importantly, it’s not right,” she said in a statement published on her party’s website last month.

Earlier today, Prime Minister Justin Trudeau said vaccine manufacturer Pfizer has agreed to move up the delivery of 3.5 million doses of its COVID-19 vaccine — originally scheduled to arrive in the summer — to the next three months.

The company will deliver an additional 1.5 million doses in March, one million more doses in April and another million in May, Trudeau said, bringing the total number of doses of all approved vaccines expected to arrive by the end of this month to 8 million.

Anand said that even with Canada now in a position to receive two million more doses than it had planned for by the end of the first quarter of the year, she’s not prepared to move up the September deadline to deliver vaccines to all Canadians who want them.

She said that global supply chains remain volatile and until the federal government can be completely sure vaccine deliveries will arrive on schedule, the government will stick with its initial deadline.

“We’ve seen manufacturers make decisions about retooling their plants and indeed, that’s an important thing to remember — these global supply chains are still volatile and we are protecting our vaccine supply chain every step of the way,” she said.