Coronavirus: What’s happening in Canada and around the world on Tuesday

Fauci said delaying a second dose to inoculate more Americans creates risks. COVID-19 has claimed more than half a million lives in the United States, and states are clamouring for more doses to stem cases, hospitalizations and deaths.

The U.S. expert warned that shifting to a single-dose strategy for the vaccines could leave people less protected, enable variants to spread and possibly boost skepticism among Americans already hesitant to get the shots.

“There’s risks on either side,” Fauci was quoted as saying by the Washington Post in a report published late on Monday.

He said that he spoke with U.K. health officials on Monday. Health officials there have decided to offer people their second dose of its approved COVID-19 vaccines 12 weeks after they receive their first jab.

“We agreed that there is a risk of making things worse by doing that — balanced against the risk of not getting as many people vaccinated as quickly as you can,” Fauci told the Post.

He said the science does not support delaying a second dose for those vaccines, citing research that a two-shot regimen creates enough protection to help fend off variants of the coronavirus that are more transmissible, whereas a single shot could leave Americans at risk from variants such as the one first detected in South Africa.

“You don’t know how durable that protection is,” he said.

Fauci has encouraged Americans to accept any of the three available COVID-19 vaccines, including the newly approved Johnson & Johnson shot.

The U.S. government authorized Johnson & Johnson’s single-dose COVID-19 vaccine on Saturday, making it the third to be available in the country following the ones from Pfizer-BioNTech and Moderna that require two doses.

Health Canada has not yet approved the single-dose Johnson & Johnson vaccine but did recently approve the two-dose product from AstraZeneca and Oxford University, which will be in addition to existing products from Pfizer and Moderna.

Fauci’s comments to the Post about the two-dose regime were reported the same day as an announcement from British Columbia’s provincial health officer about a change in dose timing.

Dr. Bonnie Henry said British Columbia will extend the time between the first and second doses of COVID-19 vaccines to four months as it ramps up its age-based immunization plan to free up doses so all residents could get their initial shot by July.

Henry said Monday the change is based on the “miraculous” protection of at least 90 per cent from the first dose of the Pfizer-BioNTech and Moderna vaccines. She said the National Advisory Committee on Immunization (NACI) is expected to issue a statement to align with B.C.’s decision, which is also based on similar data from Quebec and countries including Israel and the United Kingdom.

“The important thing that we have learned is that these vaccines work, they give a very high level of protection, and that protection lasts for many months,” Henry said on Monday. “Extending this second dose provides very high, real-world protection to more people, sooner.”

In Canada, the current recommendations advise intervals from three to 12 weeks between the first and second vaccine dose, depending on the product.

Ontario, meanwhile, is asking the federal government if it can extend the interval between the first and second dose of its COVID-19 vaccines to four months.

Health Minister Christine Elliott and Solicitor General Sylvia Jones made the request Monday in a joint statement. They said there is growing evidence to suggest that the intervals between the Pfizer-BioNtech and Moderna COVID-19 vaccines can be safely extended.

Dr. Heather Morrison, P.E.I’s chief public health officer, said at a briefing on Tuesday that the province plans to offer every Islander over the age of 16 a single dose of vaccine by the end of June.

Morrison said this approach would allow the province to achieve herd immunity more quickly and protect more residents from COVID-19.

“If all adults are vaccinated with one dose by July 1st, we will have a better summer than last year,” she said. 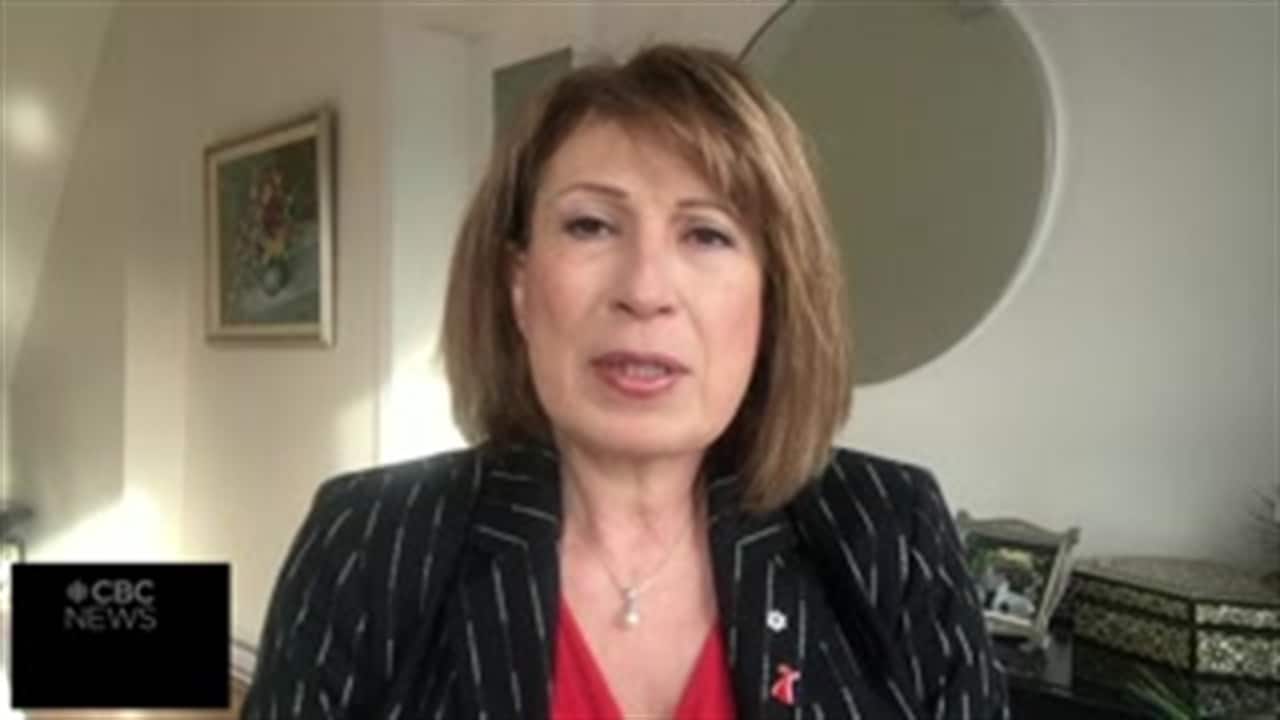 In response to B.C. extending the gap between first and second doses, Canada’s Chief Science Advisor says “partial immunity is something that people need to be very wary of. And it’s probably best to just vaccinate as recommended and as studied for now.” 2:18

Canada’s chief science adviser, Mona Nemer, however, told Power & Politics host Vassy Kapelos on Monday that the studies so far and the “vast majority” of the data on the Pfizer and Moderna products “are from studies where they were given three to four weeks apart, not three to four months apart.”

Nemer cited concerns about a lack of data and variants of the virus, saying that “it’s probably best to just vaccinate as recommended and as studied for now.”

Dr. Isaac Bogoch, an infectious disease expert and member of Ontario’s vaccine task force, said Tuesday that given the current public health emergency, people should expect to see more debate about how far the second dose can be extended.

There is “emerging data from multiple sources, from multiple groups, that do demonstrate that it is OK to extend the second dose,” Bogoch told CBC’s Heather Hiscox. He pointed to Ontario as an example, saying the second doses of the Pfizer and Moderna shots were given at up to 42 days after the first shot in certain cohorts.

Dr. Theresa Tam, Canada’s chief public health officer, said at a briefing on Tuesday that NACI is “assessing the time interval between the first and second doses of currently authorized COVID-19 vaccines to allow as many people as possible to be vaccinated while not compromising vaccine effectiveness.”

NACI is considering evidence from the latest studies and is aiming to provide recommendations this week, Tam said. 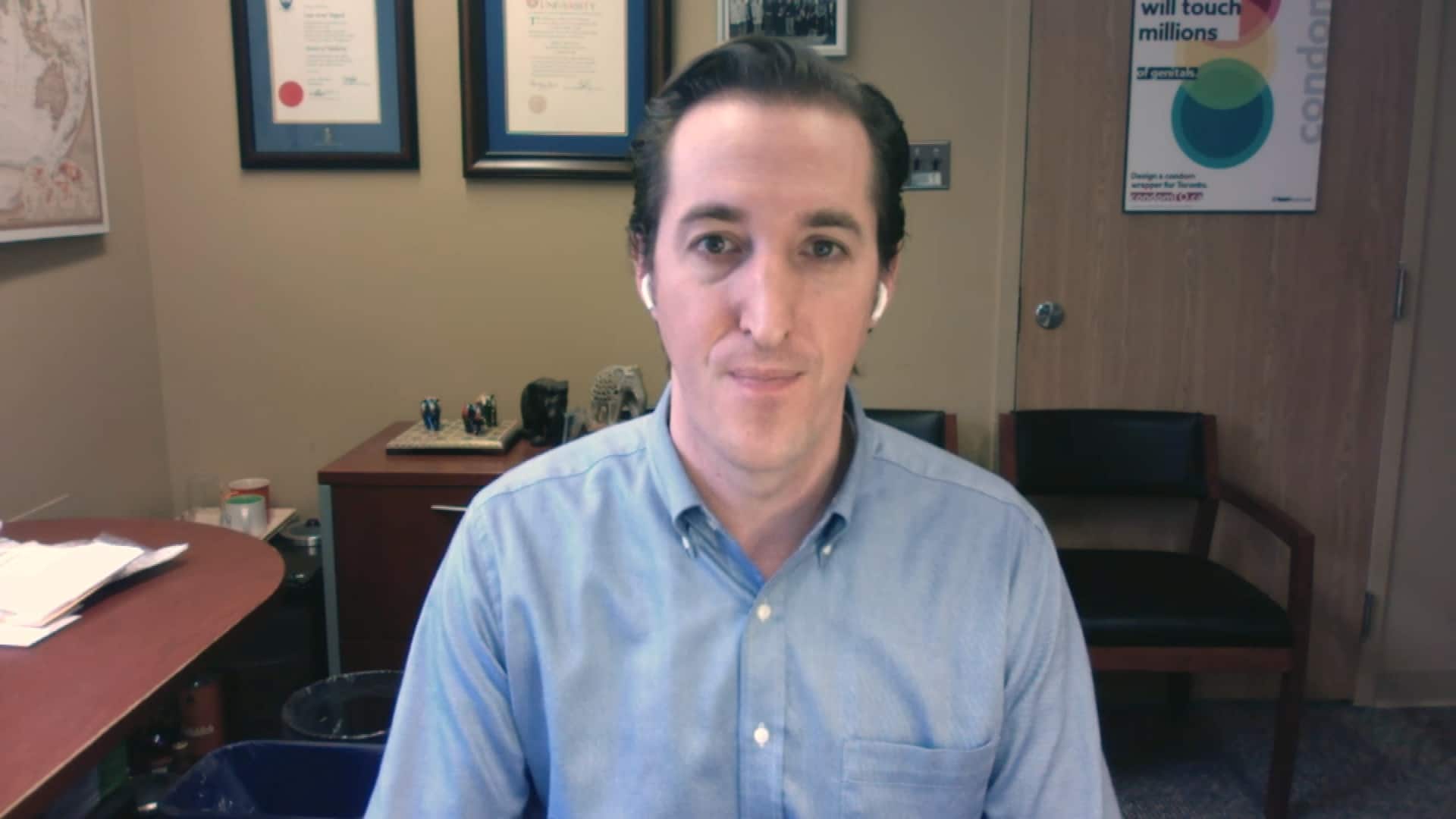 -From Reuters, CBC News and The Canadian Press, last updated at 12:45 p.m. ET

Tam gave new detail on Tuesday about the number of cases of variants of concern that had been reported in Canada. As of Monday, she said, there had been:

In Quebec, health officials reported 588 new cases of COVID-19 and eight additional deaths. Hospitalizations in the province stood at 628, with 121 COVID-19 patients in intensive care units.

Ontario on Tuesday reported 966 new cases of COVID-19 and 11 additional deaths. The number of COVID-19 patients in hospital stood at 677, with 284 in intensive care units.

In Atlantic Canada, Prince Edward Island reported four new cases of COVID-19 on Tuesday — including two cases of the B117 variant. The province is currently in a circuit-breaker lockdown as it tries to clamp down on two clusters of cases, one in Summerside and one in Charlottetown.

Newfoundland and Labrador reported five new cases of COVID-19 on Tuesday. The number of patients in hospital in the province stood at 11. 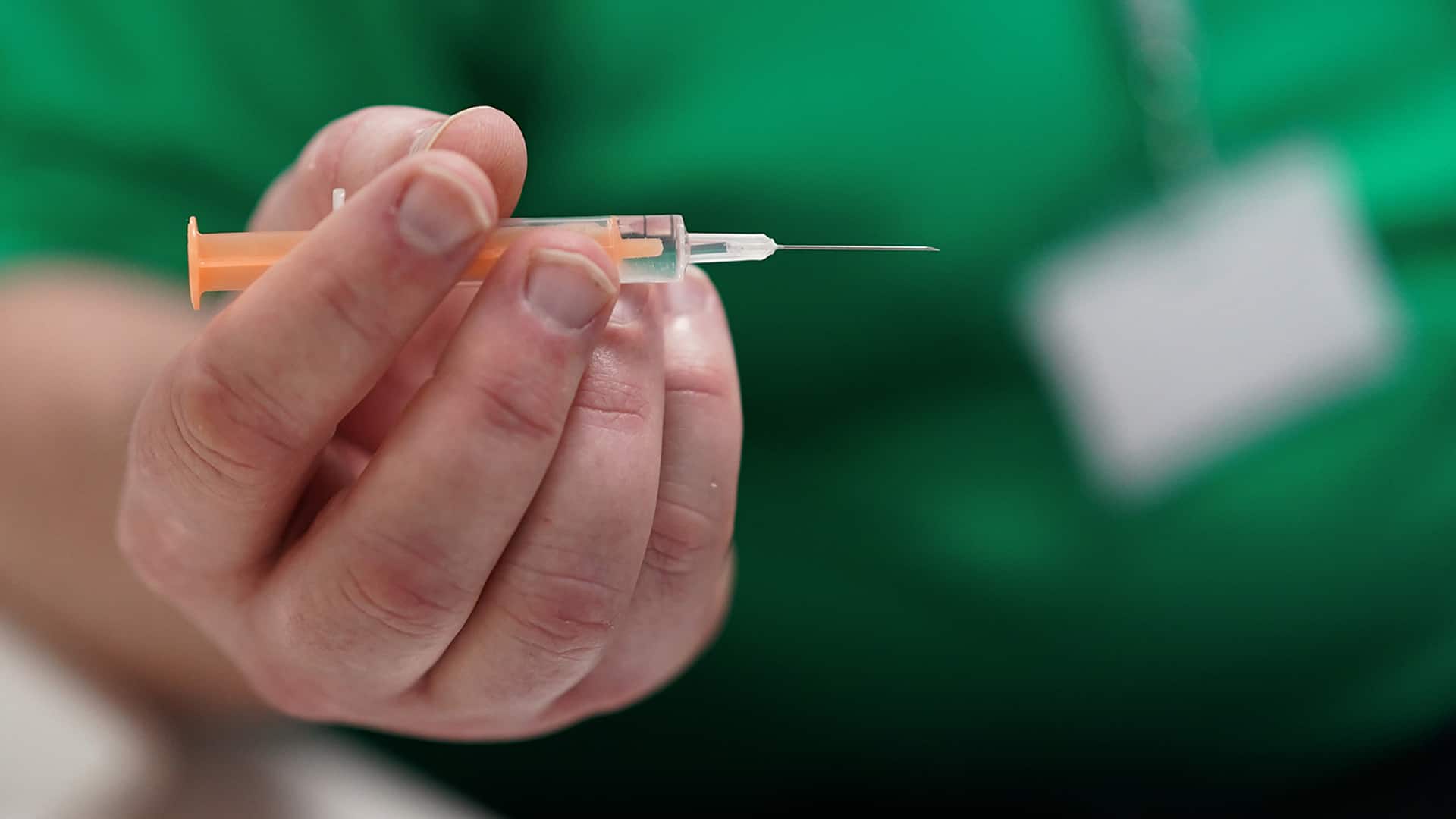 Just days after Health Canada approved the Oxford-AstraZeneca COVID-19 vaccine for all adults over 18, a committee that advises the federal government on immunization says it shouldn’t be given to people over 65. 3:30

New Brunswick and Nova Scotia had not yet updated on Tuesday, but on Monday both reported one new case.

Across the North, Nunavut reported one new case of COVID-19 on Tuesday. All of the territory’s active cases are in the hamlet of Arviat, the premier said. The Northwest Territories and Yukon had not yet provided an update for the day.

However, it is delaying lifting measures for hotels, banquet halls, community halls and conference centres. Premier Jason Kenney says there has been a sharp decline in hospitalizations and cases in long-term care homes. However, he said caution is needed because the test positivity rate and cases of new, more transmissible variants are rising.

In British Columbia, health officials reported 1,428 new COVID-19 cases from Saturday to Monday, for a total of 80,672 cases in the province since the pandemic began.

Here’s a look at what else is happening across the country:

As of early Tuesday morning, more than 114.4 million cases of COVID-19 had been reported worldwide, with 64.6 million of the cases listed on the Johns Hopkins database as recovered. The global death toll stood at more than 2.5 million, the U.S.-based university reported.

In the Asia-Pacific region, China aims to vaccinate 40 per cent of its population by the end of July, a senior health adviser said, requiring a significant increase in shots even as it ramps up vaccine exports.

Indonesia says it has detected two cases of the more infectious variant first identified in Britain.

South Korea’s decision to allow more doses to be extracted from vaccine vials sparked controversy as it ramped up its vaccinations of health-care workers and the elderly.

In the Americas, Ecuador named a new health minister, after the previous minister resigned following accusations of irregularities in a vaccination pilot program.

Argentina received 732,500 doses of the Sputnik V vaccine, while Nicaragua is set to begin its inoculation campaign on Tuesday.

Colombia on Monday became the first country in the Americas to receive a vaccine shipment from the UN-backed COVAX initiative.

Brazilian health officials are urging nationwide lockdowns and curfews because hospitals are running short of intensive-care unit beds as COVID-19 claims more than 1,000 lives each day in the country.

“The return of the pandemic in several states is making their private and their public assistance networks collapse and has brought imminent risk of spreading it to all regions of Brazil,” Brazil’s National Council of Health Secretaries said Monday, noting that the nation is experiencing its worst moment since the pandemic began.

In the Middle East, Iraq received its first 50,000 doses of the Sinopharm COVID-19 vaccine donated by China.

The Saudi Ministry of Health has announced that Muslims who want to perform the annual hajj pilgrimage this year will need to prove that they’ve been vaccinated against COVID-19.

The government says it will consider coronavirus vaccination as “the main condition for participation” in the pilgrimage to Mecca that all Muslims who can are obliged to make once in their lives.

The statement did not specify whether the hajj, which traditionally draws some two million Muslims from across the world, would again exclude pilgrims from outside the kingdom to prevent contagion.

In Europe, Spain’s jobless total reached four million in February, as COVID-19 restrictions led to the first month of job destruction since last May.

Austria’s leader says his country and Denmark intend to stop relying solely on the European Union for coronavirus vaccines and will work with Israel to produce second-generation vaccines.

Serbia’s epidemiologists have called for the government to introduce a state of emergency and a strict lockdown to halt a surge in coronavirus infections in the Balkan country.

The numbers of daily new cases have been rising sharply in the nation of seven million despite a mass inoculation campaign that has reached one million people already.

Chief epidemiologist Predrag Kon on Tuesday told the state RTS television that “we must ban contacts or we will break, and then realize what it means when the health system collapses.”

-From The Associated Press and Reuters, last updated at 7:15 a.m. ET