U.S. President Joe Biden is promising that a majority of elementary schools will be open five days a week by the end of his first 100 days in office, restating his goal after his administration came under fire when aides said schools would be considered open if they held in-person learning just one day a week.

Biden’s comments, made during a CNN town hall in Milwaukee, marked his clearest statement yet on school reopenings. Biden had pledged in December to reopen “the majority of our schools” in his first 100 days but has since faced increasing questions about how he would define and achieve that goal, with school districts operating under a patchwork of different virtual and in-person learning arrangements nationwide.

“I said open a majority of schools in K through eighth grade, because they’re the easiest to open, the most needed to be open in terms of the impact on children and families having to stay home,” Biden said.

He said comments by White House press secretary Jen Psaki earlier this month that one day a week of in-person learning would meet his goal were “a mistake in the communication.”

Asked when the nation would see kindergarten through eighth grades back to in-person learning five days a week, Biden said, “We’ll be close to that at the end of the first 100 days.” He said he expected many schools would push to stay open through the summer, but suggested reopening would take longer for high schools due to a higher risk of contagion among older students.

WATCH | How susceptible are kids to COVID-19? 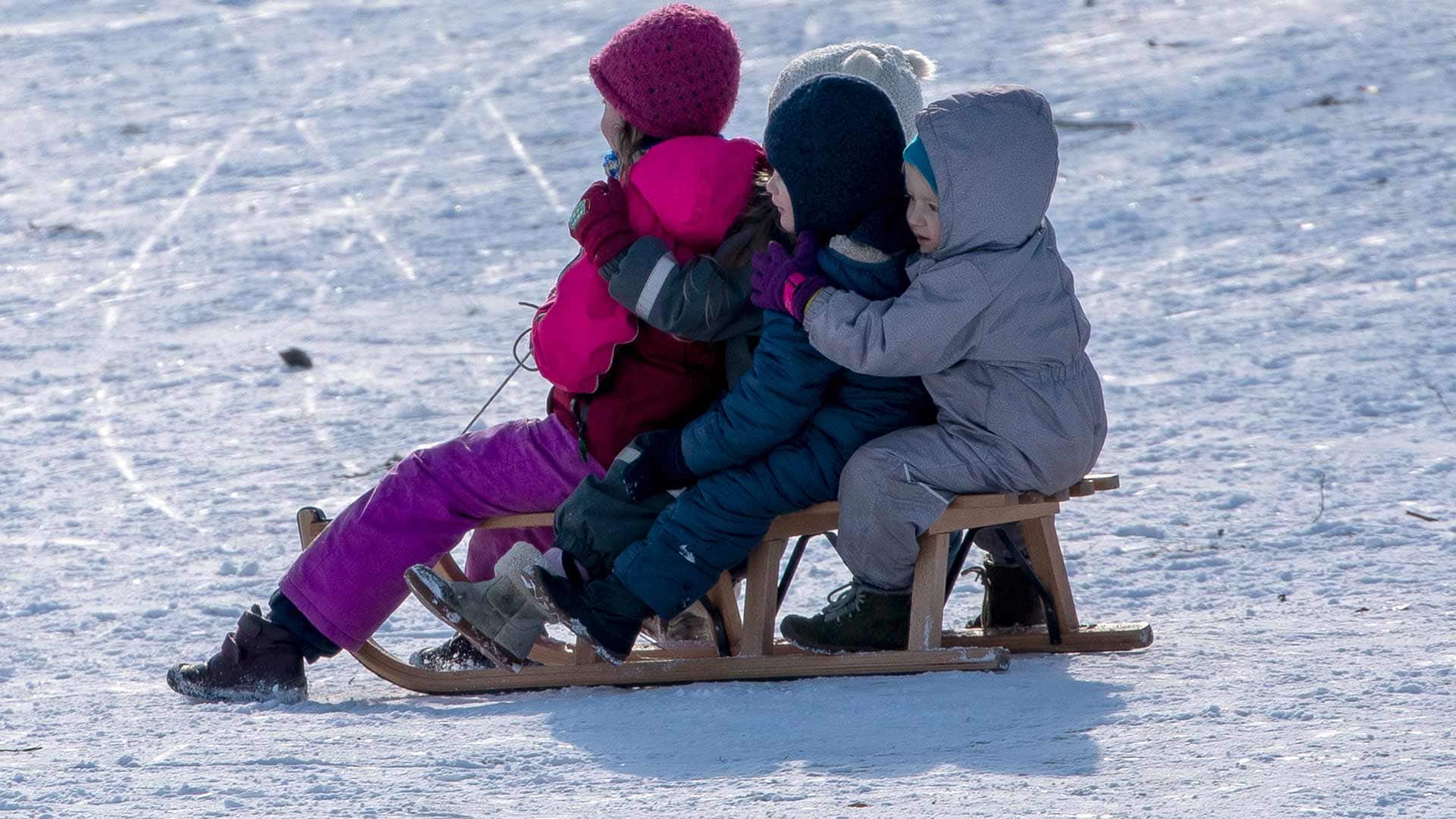 Two pediatric infectious disease specialists answer viewer questions about COVID-19 including how susceptible children are to COVID-19 and if they are more likely to be asymptomatic. 6:54

The town hall touched on a range of issues related to the coronavirus pandemic, from protections for small businesses to the administration’s vaccination plans. Biden said that by the end of July there would be 600 million doses of the vaccine available, enough to vaccinate every American.

But with many of his answers, he sought to emphasize the need for funding to achieve his goals. The town hall was aimed at selling his $1.9-trillion US coronavirus aid package directly to the American people, part of an effort designed in part to put pressure on Republican lawmakers and refocus Congress on speedy passage of the bill now that his predecessor’s impeachment trial is behind him.

The House is expected to vote on the measure next week.

Biden’s trip to Wisconsin, a political battleground state he narrowly won last November, comes as coronavirus infection rates and deaths are falling after the nation endured the two deadliest months so far of the pandemic. The White House is also reporting an increase in the administration of vaccines throughout the country after a slow start.

But Biden has stressed that the nation still has a long road ahead as thousands of Americans die each day in the worst U.S. public health crisis in a century. The virus has killed more than 485,000, and newly emerging variants are complicating the response effort.

The Biden administration is trying to get enough Americans vaccinated to achieve “herd immunity” and allow life to return to a semblance of normalcy. But it’s unclear when vaccination will be widely accessible to Americans.

Biden’s team hopes funding provided in the coronavirus aid bill will help accelerate vaccination production and distribution. His team also argues that the federal government must keep open the spigot of government relief to help people who are suffering economically and to get the country back to pre-pandemic employment levels.

But many Republican lawmakers continue to bristle at the price tag of a package that calls for sending $1,400 cheques to most Americans as well as assistance for businesses, schools, and homeowners and renters.

– From The Associated Press, last updated at 7 a.m. ET

WATCH | Is Canada ready for a COVID-19 vaccine ramp up? 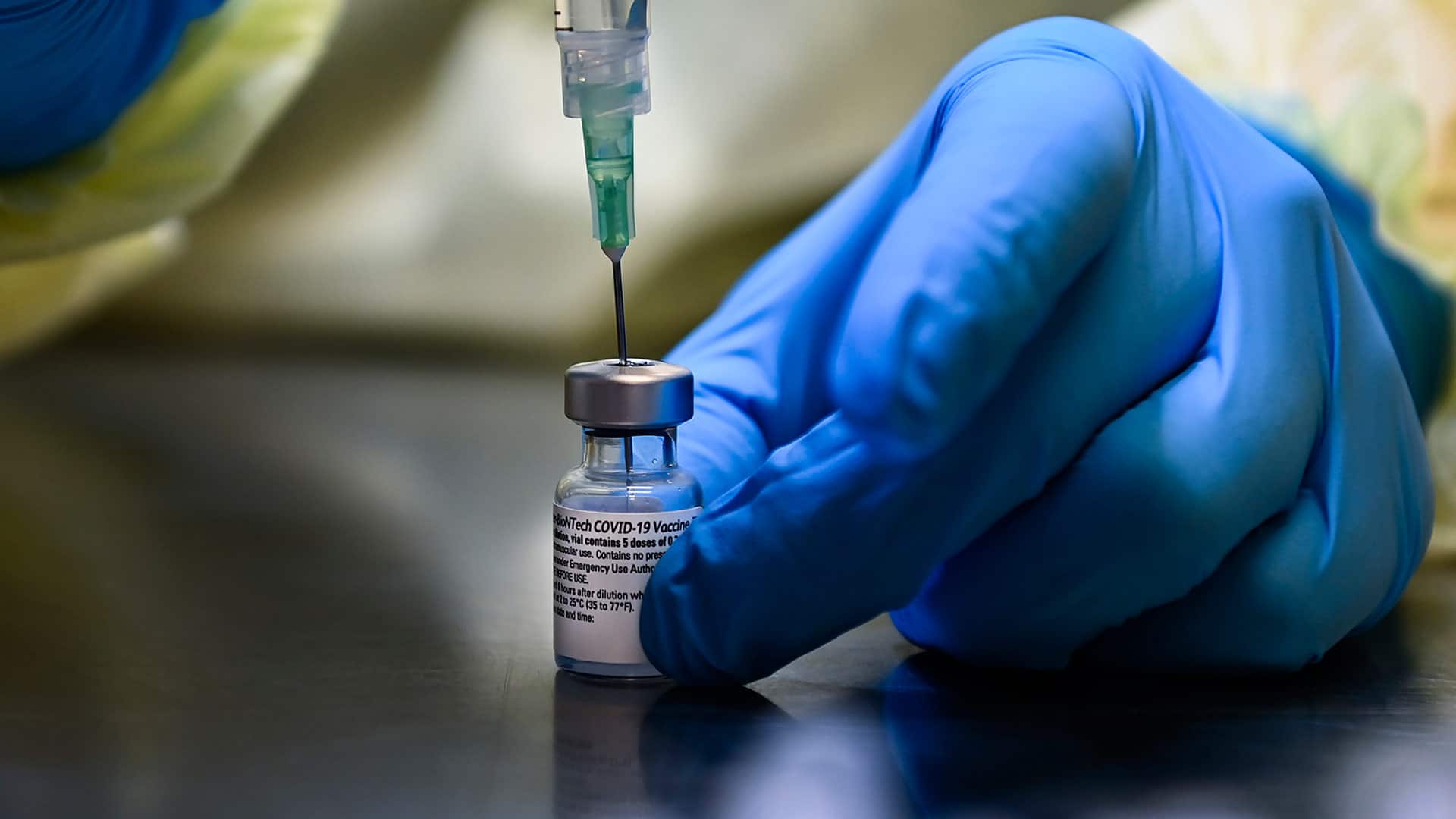 After weeks of delayed COVID-19 vaccine shipments, Canada is expected to see more doses start arriving this week. But there are concerns that the provinces aren’t ready to ramp up their vaccine rollouts. 2:01

In Newfoundland and Labrador, health officials reported seven new confirmed cases of COVID-19 on Tuesday and 25 presumptive cases of the virus. The province, which is working to ramp up tracing and testing in the face of increased case numbers, had 297 active cases.

The province had been a model of low coronavirus numbers until the mutation first identified in the United Kingdom and known as the B117 variant flared up suddenly over the past week and a half. That prompted lockdowns and caused the province’s chief electoral officers to delay a general election, with ballots now to be submitted entirely by post.

In Quebec, health officials reported 800 new cases of COVID-19 and 14 additional deaths on Wednesday. Hospitalizations stood at 766, with 130 COVID-19 patients in the province’s intensive care units.

The day before, Premier François Legault announced a slight loosening of restrictions beginning Feb. 26, when the province heads into its March break.

Cinemas will be allowed to reopen, he said, and swimming pools and arenas can open to groups of two or family bubbles. Legault said he wanted to give parents and children options for activities during the school break. However, he said Montreal and Quebec City will remain at the highest pandemic-alert level, meaning an 8 p.m. to 5 a.m. curfew will remain in effect.

WATCH | Respirologist Dr. Samir Gupta says there should be more success demonstrated from lockdowns and vaccinations first before opening economies because of concerns around coronavirus variants: 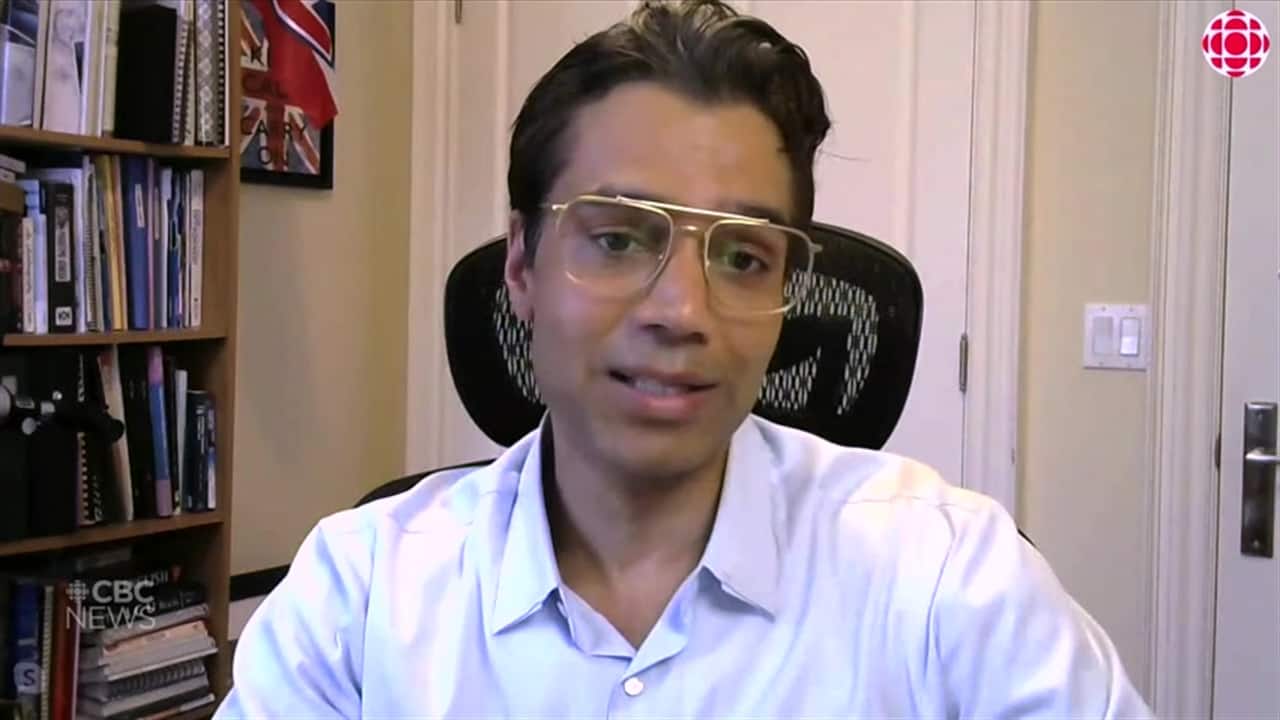 Respirologist Dr. Samir Gupta says there should be more success demonstrated from lockdowns and vaccinations first before opening economies because coronavirus variants could contribute to a massive third wave. 2:13

Ontario health officials reported 847 new cases of COVID-19 on Wednesday and 10 more deaths. COVID-19 hospitalizations decreased by 23 for an overall total of 719, with small increases in the total number of patients being treated in intensive care units (298) and patients requiring ventilators (211).

The figures in Ontario, while higher than daily counts during the first wave, continued a downward trend since mid-January, when daily new cases peaked at around 4,000.

The province also announced just over 9,100 additional vaccinations had been completed since the previous report.

In Saskatchewan, Premier Scott Moe announced an extension of the province’s health order, set to expire Friday, into March. The province reported 136 new cases of COVID-19 and three additional deaths on Tuesday.

Officials in Manitoba, which has one confirmed case of the variant first identified in the U.K., said the variant had been ruled out in suspected cases in Pauingassi First Nation. Health officials in the province reported 167 new cases of COVID-19 and four additional deaths.

Meanwhile, in British Columbia, the provincial health officer warned Tuesday that COVID-19 cases and test positivity rates are ticking up in some jurisdictions due to increased interactions. Dr. Bonnie Henry said that while the overall number of cases has slowly been coming down across B.C., the seven-day rolling average is starting to creep up.

This is particularly true in the Fraser Health region, where the viral reproductive rate has risen above one, meaning each infected person is passing the virus on to at least one other person on average, she said.

Here’s a look at what else is happening across the country:

As of Wednesday morning, more than 109.6 million cases of COVID-19 had been reported worldwide, with 61.7 million cases considered recovered or resolved, according to a tracking tool maintained by Johns Hopkins University. The global death toll stood at more than 2.4 million.

“With a portfolio of up to 2.6 billion doses, we will be able to provide vaccines not just to our citizens, but to our neighbours and partners as well,” said EU Commission chief Ursula von der Leyen.

Pfizer and BioNTech said Wednesday they have finalized an agreement to supply the European Union with another 200 million doses of their COVID-19 vaccine. The U.S. and German companies said in a statement that the doses come on top of the 300 million vaccine doses initially ordered. The EU’s executive commission has an option to request a further 100 million doses.

They said the 200 million doses are expected to be delivered this year, with an estimated 75 million of them in the second quarter.

The Pfizer-BioNTech vaccine was the first of three so far to be approved for use in the EU, which faces criticism for a slow start to its vaccination campaign compared with countries such as Israel, Britain and the United States. The other two EU-approved vaccines are from Moderna and AstraZeneca.

In the U.K., British regulators have approved the world’s first coronavirus human challenge trial, in which volunteers will be deliberately exposed to the virus to study how infection spreads. The aim is to develop more effective vaccines and treatments for COVID-19.

The government said Wednesday that the U.K.’s clinical trials ethics regulator has approved the trial and it will start within a month. Researchers are seeking up to 90 volunteers aged 18 to 30, who will be exposed to COVID-19 “in a safe and controlled environment.” The study will try to determine the smallest amount of virus needed to cause infection.

Young people are being asked to volunteer because they have the lowest risk of serious illness from the coronavirus. Participants in the study will be monitored 24 hours a day.

Meanwhile, in France, three out of four people in nursing homes for the elderly have received a COVID-19 vaccination shot, a government spokesperson said Wednesday.

In the Asia-Pacific region, months after other major economies, Japan has begun giving its first coronavirus vaccines to front-line health workers. Many are wondering if the campaign will reach enough people, and in time, to save a Summer Olympics already delayed a year by the worst pandemic in a century.

Despite recent rising infections, Japan has largely dodged the kind of cataclysm that has battered other wealthy countries’ economies, social networks and health-care systems. But the fate of the Olympics, and the billions of dollars at stake should the Games fail, makes Japan’s vaccine campaign crucial. Japanese officials are also well aware that China, which has had success eradicating the virus, will host next year’s Winter Olympics, something that heightens the desire to make the Tokyo Games happen.

In the Americas, El Salvador’s government says the Central American nation will receive its first shipment of coronavirus vaccine from India on Wednesday. The country has recorded about 58,000 coronavirus infections and 1,758 deaths from COVID-19 so far in the pandemic.

Mexico has topped two million confirmed coronavirus cases and 175,000 deaths, though officials concede that the country’s extremely low rate of testing means the real figures are much higher.

In Africa, South Africa will administer its first vaccine as it inoculates health workers with the Johnson & Johnson shot as part of a research study.

Zimbabwe will begin vaccinating on Thursday, starting with health workers and other essential service personnel.

In the Middle East, Gaza will receive its first shipment of vaccines on Wednesday after Israel approved the transfer via its territory, Israeli and Palestinian officials said.

– From The Associated Press and Reuters, last updated at 11:30 a.m. ET