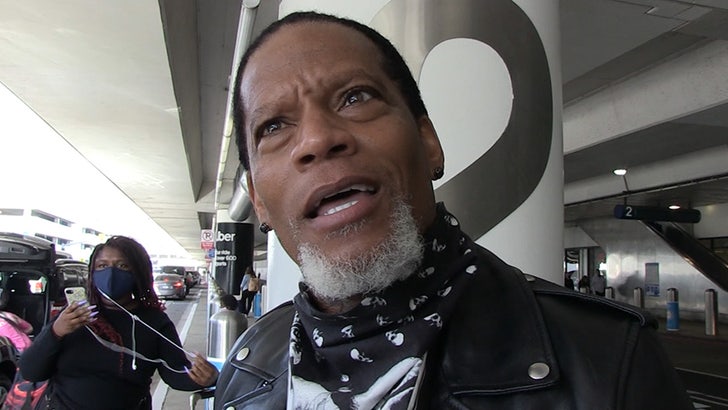 D.L. Hughley says folks who are splitting hairs about the Colorado shooter’s race are missing the point — and that point is this … easy access to guns is the true root of America’s mass shooting problem.

The comedian, author and activist gave us his thoughts Tuesday at LAX about the 10 people killed Monday in Boulder when cops say Ahmad Al Aliwi Alissa opened fire in a grocery store.

Although the release of Alissa’s name had the phrase “He’s Muslim” trending Tuesday on Twitter, D.L. says people pushing that narrative are missing the point … especially because the vast majority of mass shooters in America are white.

WARNING: GRAPHIC CONTENT – Police in Boulder, Colorado, reported an ‘active shooter’ at a King Soopers grocery store, and aerial footage broadcast live from the scene by local media showed one person being placed in an ambulance and a man in handcuffs https://t.co/9j5m64WvXz pic.twitter.com/wREnM43QsH

Regardless of what race or religion the shooter turned out to be, D.L. says it wouldn’t change the bigger issue … the ease with which folks can purchase weapons like an AR-15 — which Alissa used — and also stockpile large amounts of ammunition.

He draws an interesting parallel between hoarding guns and cold medicine — explaining one of those purchases will get you more stares than the other … and it ain’t the one you might think.

Lots of good nuggets here from D.L. about politics and what needs to happen to effect real change for common-sense gun laws. There’s also a jab at Sen. Ted Cruz, who he clearly sees as a hindrance to real gun reform in America.

‘Colossal,’ ‘The Past’ and More Hidden Streaming Gems