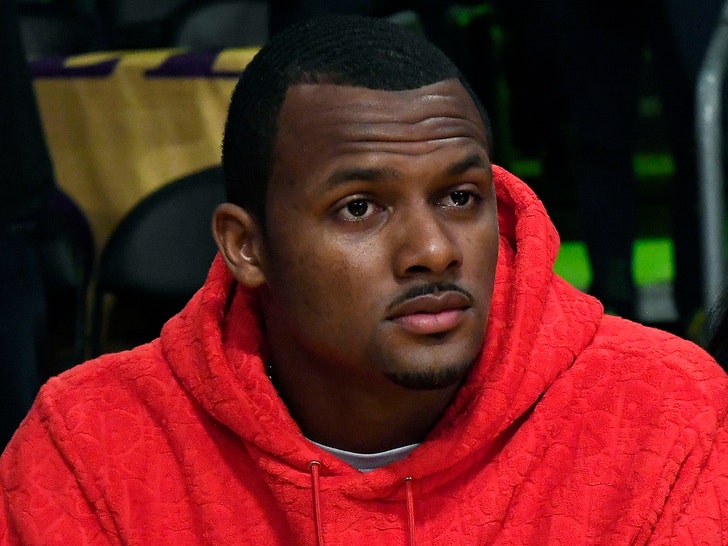 9:42 AM PT — Deshaun’s agent, David Mulugheta, has broken his silence about the allegations against his client — doubling down on the notion the women are making up the accusations for “financial gain.”

“Individuals fabricate stories in pursuit of financial gain often. Their victims should be heard, and those offenders also prosecuted.”

“I simply hope we keep this same energy with the truth.”

In other words, Mulugheta strongly believes the accusers are lying and he’s extremely confident Watson will be vindicated in the end.

7:00 AM PT — Four more lawsuits have been filed — bringing the total number of cases in the court system against Deshaun Watson to SEVEN.

All 4 women say they were contacted by Watson to perform a private massage and he got aggressive in pursuit of a sex act.

The attorney representing the women suing Deshaun Watson claims he has text messages and DMs from the QB which back his client’s allegations … including an apparent apology from Deshaun after a massage session gone bad.

The first woman who filed her lawsuit against the Houston Texans QB claims Watson became aggressive during a treatment in March 2020 … which ended after he allegedly repeatedly tried to direct the woman to massage his genitals.

In her suit, the woman claims a fully-erect Watson exposed his penis and “purposely touched [Jane Doe’s] hand with the tip.”

The woman claims she ended the massage immediately and began to cry. Afterward, she claims Watson sent her a text message apologizing for his behavior.

Now, her attorney, Tony Buzbee, is going public with the alleged apology text from Deshaun. 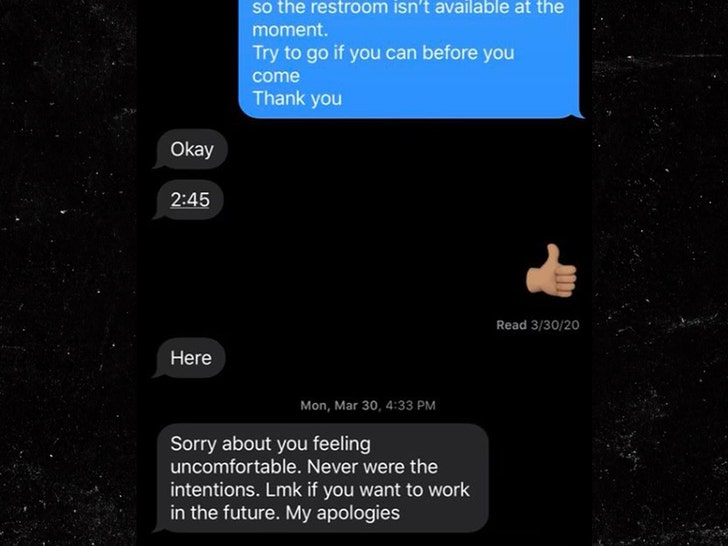 “Sorry about you feeling uncomfortable. Never were the intentions. LMK if you want to work in the future. My apologies.”

Buzbee claims he has “multiple texts” that he will release at a news conference set for Friday afternoon in Houston.

Buzbee claims to represent NINE women who claim they were all wronged by Watson … noting, “The allegations are similar.”

So far, 3 of the women have formally filed lawsuits against Watson — each saying Watson sought them out on Instagram to perform massage treatments … only to aggressively demand sex acts during the sessions.

One of the women claims Watson forced her to perform oral sex on her, against her will.

For his part, Watson adamantly denies the allegations — and claims he’s the victim of a shakedown by an attorney looking to score a cash grab from his lying clients.

But, Buzbee insists the women are telling the truth and will expand on the allegations during the news conference in just a few hours.

No issues over representation in Netflix F1 series

A tractor powered by livestock manure

Scientists Want to Bring the Dodo, Woolly Mammoth, Back From the Dead