Both German manufacturers scored maiden podiums on their championship debut in the Diriyah E-Prix last season and set the pace in the first official FE night-time running.

A late effort with the maximum 250kW power sent de Vries straight to the top of the order on a 1m08.693s, the only driver to drop below the 1m09 threshold.

He ended the 45-minute session some 0.588 seconds clear of Porsche’s Andre Lotterer as modifications to the Riyadh Street Circuit layout, a resurfacing and the cooler temperatures paved the way for easily the fastest-ever times recorded at the track – beating Alexander Sims’ poletime from last season by 3s.

The Nissan e.dams fight was led by Oliver Rowland in fifth, although 18th-placed team-mate Sebastien Buemi appeared to struggle under braking for the Turn 18 and 19 chicane.

The 2015-16 champion twice hit the bumps in the braking zone to loose the rear of the car and then lock the front tyres. 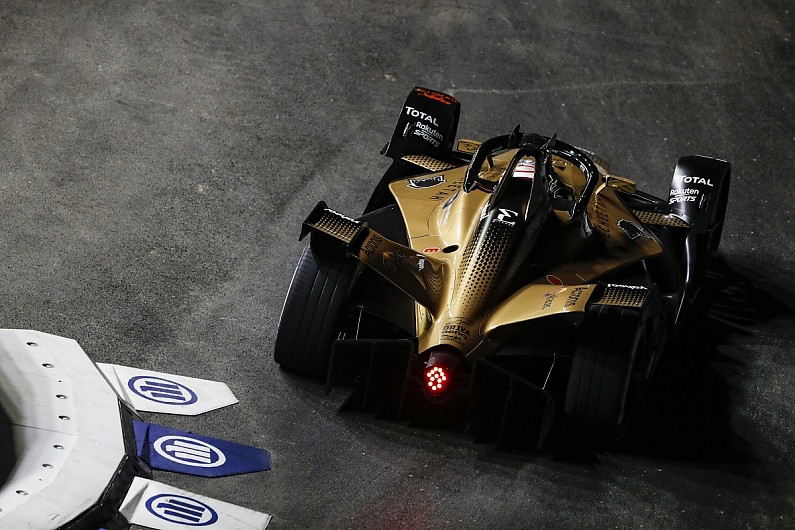 Early pacesetter Alex Lynn took the Mahindra Racing team to sixth as it debuts a new powertrain built by transmission specialist ZF, while a late flurry of 250kW runs knocked Jaguar Racing’s Mitch Evans from second to an eventual seventh.

Reigning champion Antonio Felix da Costa led the DS Techeetah charge for eighth, although he too appeared to struggle to slow his car and twice had to take to the run-off on the exit of Turn 1 – with the team’s bespoke brake-by-wire set-up having been a particular area of focus throughout last season.

Tom Blomqvist’s run to 13th marked a strong initial return for NIO 333 after a point-less 2019-20 campaign, while Jean-Eric Vergne peaked at 15th.

Porsche debutant Pascal Wehrlein, set to enter his first race in a year after being dropped by Mahindra for Berlin, ran to 27th.

What’s been reported so far