Foreign diplomats among those exempt from the mandatory hotel quarantine

Foreign diplomats, unaccompanied minors, truckers and patients getting treatment abroad are among the limited number of travellers who are exempt from mandatory hotel quarantine requirements when arriving in Canada by air.

The federal rule that requires such travellers to stay at an approved hotel for up to 72 hours while awaiting the results of their polymerase chain reaction (PCR) tests for COVID-19 went into effect Monday.

Diplomats, consular couriers and their families will not be required to book the hotel stay or take a post-arrival PCR test, and will be able to complete the entirety of their 14-day quarantine elsewhere.

Canada added the exception to the rule because it is bound by the Vienna Convention on Diplomatic Relations. The 1964 international law states that diplomats “shall not be liable to any form of arrest or detention.”

“Foreign diplomats need to quarantine for 14 days on return to Australia. They can quarantine at their mission or usual place of residence,” Australia’s Department of Health website says. “Australia has legal obligations under the Vienna Convention to ensure diplomats’ freedom of movement and travel, and protection from detention.”

Anna Banerji, pediatric infectious disease specialist at the Temerty Faculty of Medicine and Dalla Lana School of Public Health, said the diplomatic exemption isn’t a smart approach to a pandemic.

“This is a vulnerability gap,” Banerji said.

“When we start making these exceptions — just like the politicians going down south during the holiday season thinking that they don’t need to have the same rules as everyone else — that can lead to infection spreading.”

Charles Burton, a senior fellow at the Macdonald-Laurier Institute and a former Canadian diplomat based in Beijing, said it would be appropriate for the federal government to send out a diplomatic note to all embassies and consulates in Canada asking that their diplomats voluntarily comply with the hotel quarantine rule and produce a post-arrival test.

“Countries that are responsible in their international behaviour will insist that their diplomats comply with these regulations, the same as any non-diplomat or Canadian would have to comply if they crossed over into Canada from a foreign country,” Burton said.

Sarah Goldfeder is a principal at Earnscliffe Strategy Group who recently served as special assistant to two U.S. ambassadors to Canada. She said making exceptions for diplomats is good policy, since it’s in line with the requirements of other countries.

“It goes back to this kind of back-and-forth reciprocity of what do you, and who do you want to be in charge of your diplomats when your diplomats travel to their postings,” Goldfeder said.

“I don’t think that there’s any increased risk by any of their behaviours. In general, they’re coming from their country of origin to this country. They’re not travelling to multiple locations in between.”

The requirement to quarantine in a hotel and take a PCR test upon arrival also does not apply to unaccompanied dependent children and unaccompanied minors. 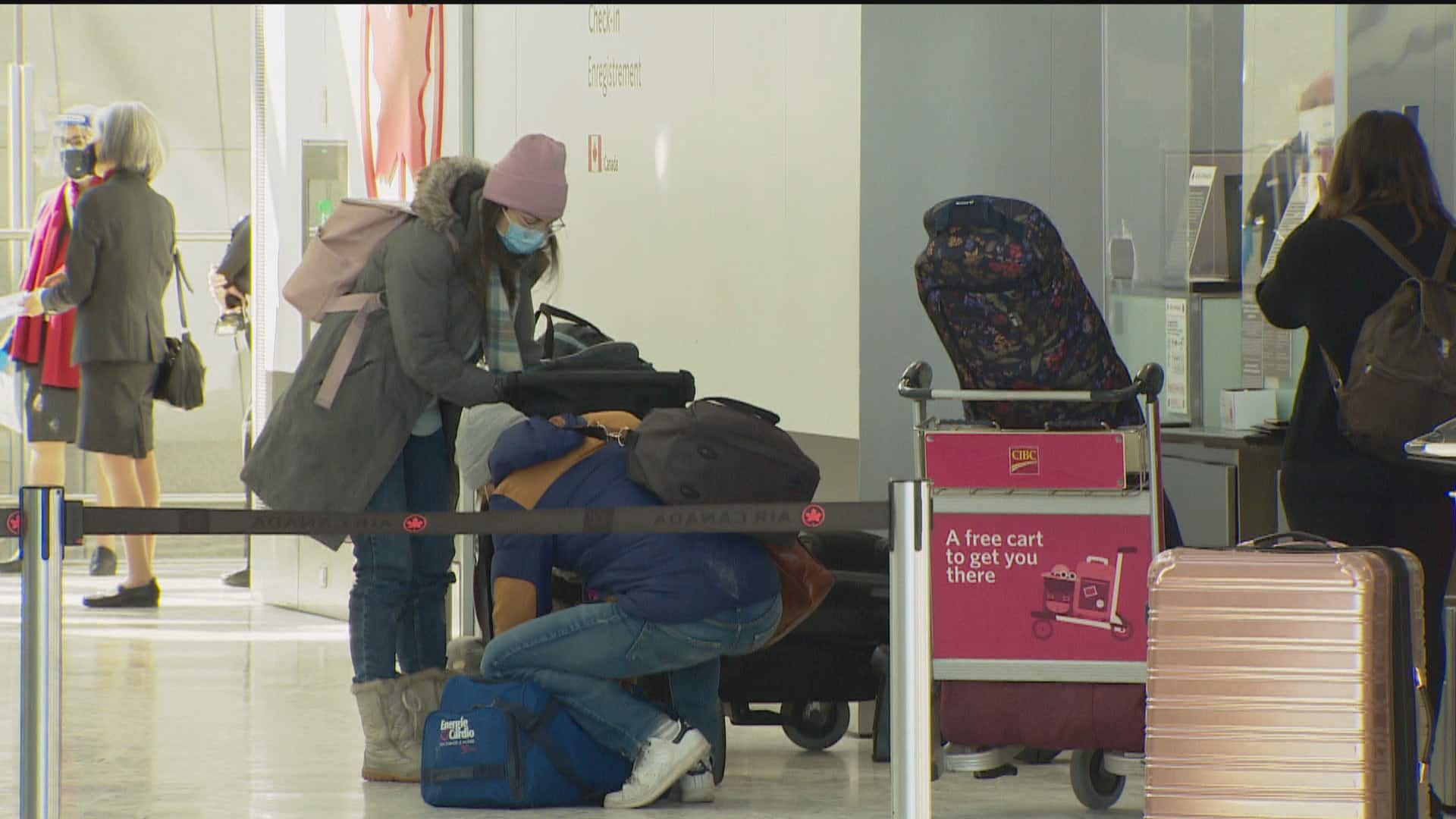 New COVID-19 air travel regulations are off to a bumpy start, with complaints from some travellers that they can’t get through on the government phone line to book their hotel. 6:22

The hotel quarantine measure — which the government hopes will enable better detection and tracking of a number of more infectious coronavirus variants — has drawn criticism. Travellers have reported struggling to get through to a booking official on the government phone line. Others are worried about the cost of a hotel room.

On Friday, the federal government released a list of approved hotels in Toronto, Montreal, Vancouver and Calgary. The list now contains 18 hotels between the four cities.

As campaign slowly ramps up, Quebecers born in 1936 and earlier to get COVID-19 vacci…