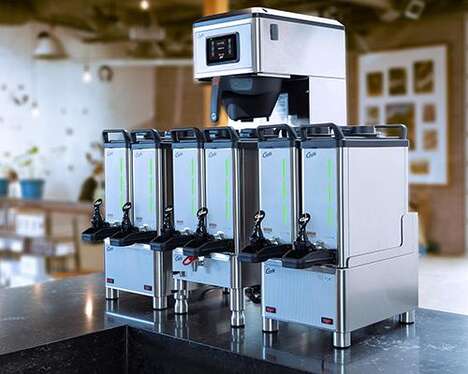 Feb 5, 2023
The G4 GemX Narrow IntelliFresh Coffee Brewing System from Curtis has been launched by the brand to offer retailers a space-saving option that will help them to offer freshly prepared java to patrons. The system makes use of FreshTrac technology that helps to replace the traditional subtle and mechanical timers with a streamlined series of three LEDs that will communicate with the operator. This will be visible across the sales floor to help them know when it’s time to prepare fresh brews.

The G4 GemX Narrow IntelliFresh Coffee Brewing System from Curtis has a relatively compact design that is well-suited for placement on a retail countertop, but is still capable of offering up to three-gallons of coffee.