Frozen frogs, a butt-breather and a seasonal genius: How…

Detectives with the Toronto Police Service say they are close to identifying the killer responsible for two cold cases from 1983.

They have been mining family tree records, coupled with DNA matches — commonly known as genetic genealogy — to try to solve the 1983 killings of 22-year-old Erin Gilmour and 45-year-old Susan Tice.

Both women were sexually assaulted and stabbed to death in their beds, four months apart in 1983.

The crimes were “absolute overkill,” said Det. Sgt. Stephen Smith. They were “overly violent … it was almost like it was gratuitous.”

Police are “focusing on certain families,” Smith told CBC’s The Fifth Estate, which was given behind-the-scenes access by Toronto police during their investigation.

Gilmour was an aspiring fashion designer and the daughter of business tycoon David Gilmour and Tice was a family therapist and mother of four teenagers.

In 2000, through DNA tests, police determined the same man killed both women.

“Until the DNA came through … we didn’t have a link between the cases,” said Smith. “Even though they were about four or five months apart, very similar MO, there was nothing to say that these cases were linked.”

Now, 37 years after the killings, they say they’re closing in on identifying the person responsible.

Detectives entered DNA from semen left at the crime scene into the popular family tree database called GEDmatch. It uses raw DNA data submitted voluntarily by members who use companies like 23andMe or Ancestry.ca to do family history research.

“We’ve narrowed it down to basically two families,” said Smith. “We’re looking at maybe 26 children, and then their children’s children.”

Smith said he is not ready to publicly disclose any further details about their investigation.

The research technique — known commonly as genetic genealogy — has been used to catch more than 100 accused killers in the U.S, including the serial killer from California known as the Golden State killer.

Many of the cases are still winding their way through the court system but several have resulted in convictions, including that of William Talbott II for the November 1987 murders of Tanya Van Cuylenborg, 18, and Jay Cook, 20, who had been travelling from Saanich, B.C., to Seattle for an overnight trip.

The Seattle-area man is thought to be the first person worldwide to be convicted as a result of genealogical research, after police put the DNA profile of the then-unknown killer of Van Cuylenborg and Cook into a public family tree database. The DNA got a match with two other people who had added their DNA into the database: the killer’s cousins from two different branches of his family.

Talbott has appealed his conviction.

It was also the same method used to find the killer of nine-year-old Christine Jessop, whose body was found in Sunderland, Ont., in 1984. In October 2020, police announced that they had identified the girl’s killer as Calvin Hoover, a family acquaintance.

The detectives from Toronto Police Service’s cold case unit, which has 698 cases, expressed frustration at the fact that in Canada, DNA is not automatically collected upon arrest.

“Canada’s very different from a lot of other countries,” said Smith.

“In the United States and England, they do take DNA upon the arrest of the offender. It’s just like, as we take fingerprints here … it has assisted officers there in solving a lot of cases, especially a lot of the cold cases….

“Just looking at the Jessop case, her offender was arrested [for an unrelated matter] in ’97. If we’d been swabbing people upon arrest, the Jessop case would’ve been solved in 1997.”

WATCH | Det. Sgt. Stephen Smith is frustrated DNA is not collected upon arrest in Canada: 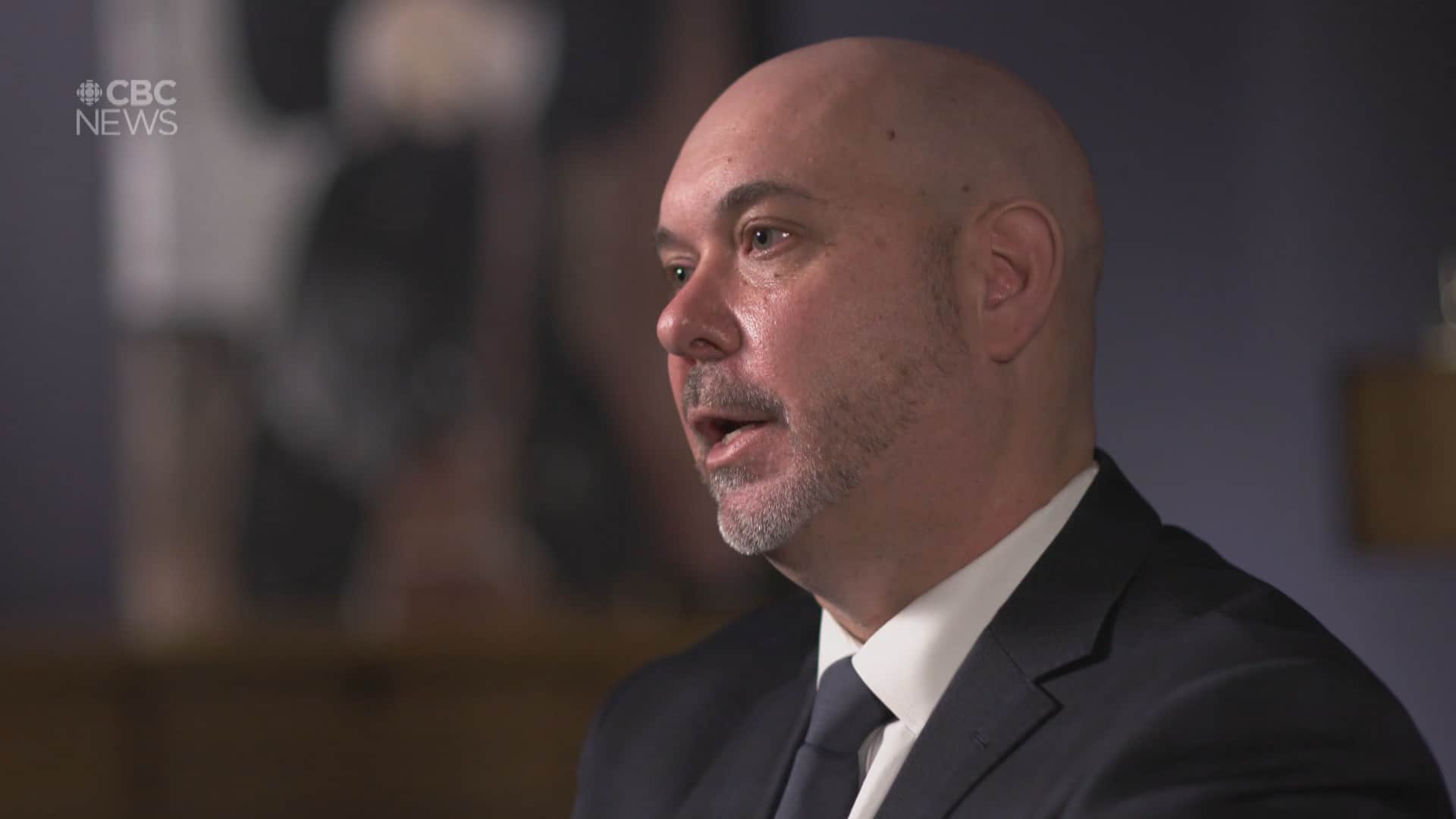 Det. Sgt. Stephen Smith from Toronto Police Service’s cold case unit expresses frustration at the fact that in Canada, DNA is not automatically collected upon arrest. 0:52

Genetic genealogy isn’t without controversy. In the U.S., where it has been used many times to solve cold cases, the issue of privacy has been raised for individuals who don’t upload their DNA to the database but whose identities are revealed by virtue of relatives adding their common DNA.

“It’s your gender, it’s your sex, it’s your ancestry, it’s everything all in one … so that needs to be taken seriously, but I think we could … strike a better balance than the balance that we have right now, which is definitely not in the favour of the investigator.”

Gilmour was the only child of David Gilmour, co-founder of Barrick Gold, a mining company that produces gold and copper.

She had two brothers, Sean and Kaelin McCowan, from her mother’s second marriage. The two boys slept over at their sister’s apartment the night before she was killed.

“She … would do that frequently, we would sort of go over there and spend the night and just hang out with her and then we’d all climb into bed together and watch movies and eat popcorn,” said Sean McCowan, who was 13 years old when his sister was killed.

“It was five days before Christmas, and so … we all woke up the next morning. Erin drove my brother Kaelin back … to my mom’s house. And I … went out actually to do some Christmas shopping. And we said our goodbyes and that was the last time I saw her.”

Gilmour worked as a store manager at Robin’s Knits, a high-end boutique in the affluent Yorkville neighbourhood of Toronto.

The last known person to have seen her alive was a co-worker who left Robin’s Knits before 6 p.m.

She told The Fifth Estate that she remembers giving the key to Gilmour to lock up the store at 9 p.m.

Gilmour’s boyfriend, Anthony Munk, the son of her father’s business partner, Peter Munk, was supposed to arrive at the same time to pick her up for a date.

However, he was delayed by 20 minutes when he stopped to withdraw money at a bank. He found Gilmour stabbed to death in her bed.

A suspicion that Gilmour knew her killer was fuelled when it came to light that the person had covered Gilmour with her comforter.

“The significance of the blanket, or comforter, being pulled up over the victim can be looked at in a couple of different … ways,” said Smith. “Sometimes it’s believed that the offender knew or was related to or had a relationship with the victim, and they’ll cover the victim … kind of to reduce their guilt.”

Four months prior to Gilmour’s death, Tice was killed in a similar way. She was sexually assaulted and stabbed to death in her bedroom.

Tice lived on her own, having moved to Toronto the month before from Calgary after separating from her husband.

She was last seen alive after visiting her mother in Owen Sound.

“My mom was supposed to have dinner with my aunt and uncle and when she didn’t show up, he went to the house to find out where she was,” said her daughter, Christian Tice, who was 16 at the time.

After seeing the mail piled up in her mailbox, her uncle entered the house from the back door that was left open.

Christian Tice, who was away at a camp in Calgary, happened to call her mother at the exact moment her uncle discovered her mother’s body.

“My uncle was in the bedroom,” said Christian Tice. “And he answered the phone and he turned around and he saw her body … and that’s when he hung up and called police right away.”

Tice’s next-door neighbour later told police that around 1:30 a.m., she heard four female screams, a male voice and a door open, but she did not call police. She also heard someone walking between their houses approximately 15 minutes later.

Tice had been hit on the head with a liquor bottle during the assault and had a defensive wound on her left palm.

Until now, the Tice family had never spoken publicly.

Christian Tice, now 53, said their family was extremely close but became fractured after her mother’s death.

“We had like the best family… we were very, very close… we did everything together. We were one of those houses where everybody else’s friends were always over… And everyone called my mom Mrs. T or Ma,” said Tice.

“As soon as she died … that all stopped. So then I realized that my mom was probably the glue and the heart of our family and the whole dynamic completely changed. You know you live with it.”

VIEW: Trailer for the last documentary for this season of the fifth estate. An examination of two unsolved cold cases – the 1983 murders of #ErinGilmour and #SusanTice. Please join us on Thursday March 18 at 9PM on CBC. pic.twitter.com/5Bg8aEwE1f

When Christian Tice learned that DNA in her mother’s crime scene was also found at another crime scene, it became a turning point for her.

“I know statistically they say it’s always someone you know and I know my dad was the prime suspect but he was cleared…. When DNA was connected with Erin, it was like ‘holy shit,’ “

Sleeps with a baseball bat

Tice said her mother’s killing left her living in fear for her own safety and that to this day she sleeps with a baseball bat nearby.

“It stays with you. You’re always constantly looking over your shoulders.”

She said she has spent her life tormented with questions about why her mother was killed. In the immediate months following her death, she used to take the bus to her mother’s empty house before it was sold and stayed inside for hours trying to figure out how the killing occurred.

Tice said she wants justice for her mother.

“That bothers me so much that he got away with it. I want him to pay for what he did and realize that he caused so much damage.”

‘She didn’t deserve that’

“I am so pissed off that Sue didn’t have the opportunity to live the wonderful life that I did,” said Chisholm. “Her life was cut short by that son of a bitch. She didn’t deserve that. She was such a neat woman…. I can see her as clear as day. She had a crooked tooth in the front and a beautiful smile.”

Chisholm had seen Tice the weekend before she was killed and they had planned to meet the following weekend as well.

Doyle has a message directly for the killer who he feels they’re close to identifying. 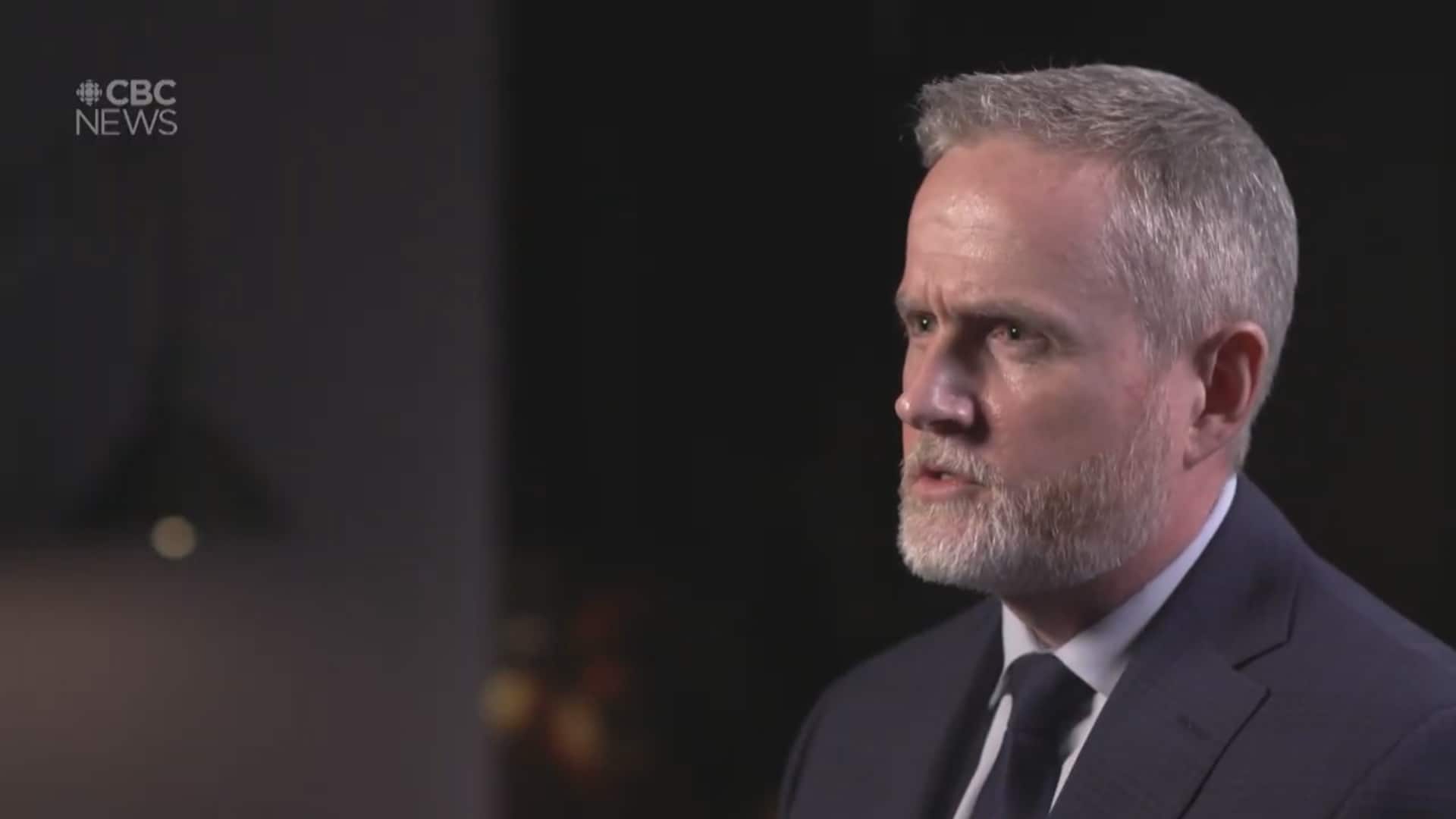 Const. Andrew Doyle, who is part of Toronto’s cold case unit, has a message for the killer who he feels they’re close to identifying. 0:30

“I don’t know the reasons you did this. But it’s time for you to … answer for what you’ve done.”

The T List: Five Things We Recommend This Week

With Terence Dickinson’s death, we’ve lost one of Canada’s most…