Grammy diversity: Can the Recording Academy do right by Black artists? 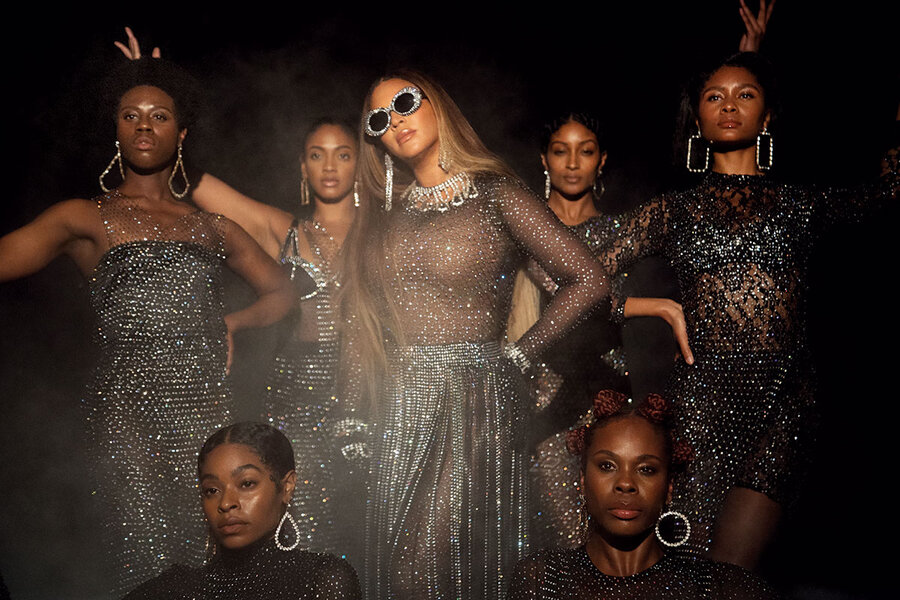 When the Grammy nominees were announced back in November, some news outlets noted the inclusion of more women and Black artists. Beyoncé, propelled by her “Lion King”-inspired visual album “Black Is King,” leads this year’s nominations with a total of nine. Other Black artists vying for awards on March 14 include Megan Thee Stallion, Brittany Howard, and Michael Kiwanuka.

That progress was quickly overshadowed, however, by other events, including the glaring omission of The Weeknd and his highly successful fourth studio album, “After Hours.” Perhaps chart positions shouldn’t be a factor in the nomination process, but it is rare that Billboard’s No. 1 song of the year isn’t nominated in any Grammy category. This week he announced he is boycotting the Grammys moving forward.

Music is universal – all cultures create it. Our columnist wonders if the Grammy Awards, airing this Sunday, can move beyond a pattern of exclusion to honor that diversity.

The consistent criticism of the Recording Academy arises from stats like this one: Only 10 Black artists have won the album of the year award since the first one was handed out in 1959.

Grammy voters have yet another chance to do right by Black musicians this year – but will they?

There’s a reason Beyoncé is considered music royalty. Queen Bey leads this year’s Grammy nominations with a total of nine. She is the most nominated female artist in the history of the Grammys, and her “Lion King”-inspired visual album “Black Is King” is the main force propelling her to the ceremony on March 14. One of the album’s biggest singles, “Black Parade,” is a contender for record of the year, best R&B performance and song, and song of the year. Other Black artists up for awards include Megan Thee Stallion, Nas, Freddie Gibbs, Doja Cat, Chika, Kaytranada, Brittany Howard, and Michael Kiwanuka.

Some news outlets noted the Recording Academy included more women and Black artists when the nominees were announced in November. But that progress was quickly overshadowed.

The Weeknd and his highly successful fourth studio album, “After Hours,” was completely shut out – a glaring omission. The album’s biggest single, “Blinding Lights,” was the most streamed song of the year for 2020 on Spotify and became the longest running top 5 and top 10 record on Billboard’s Hot 100 chart.

Music is universal – all cultures create it. Our columnist wonders if the Grammy Awards, airing this Sunday, can move beyond a pattern of exclusion to honor that diversity.

Perhaps chart positions shouldn’t be a factor in the nomination process, but it is rare that Billboard’s No. 1 song of the year isn’t nominated in any Grammy category. Industry insiders speculated that he was being penalized for appearing to prioritize his Super Bowl performance on Feb. 7 over the Grammy Awards show, which was originally slated for Jan. 31. After the nominees were revealed, The Weeknd took to social media. “The Grammys remain corrupt. You owe me, my fans and the industry transparency…” he wrote on Twitter.

His decision to boycott the Grammys – which he announced in a New York Times article this week – only reiterates the distrust many Black artists have toward the Recording Academy as a whole: “Because of the secret committees,” he told the paper, “I will no longer allow my label to submit my music to the Grammys.”

Other musicians also took issue with the nominations. In January, a group of white artists – Alastair Moock & Friends, The Okee Dokee Brothers, and Dog on Fleas – who were nominated for best children’s music album penned an open letter to the Recording Academy requesting that their names “be removed from final round ballots.”

They wrote that they couldn’t “in good conscience benefit from a process that has – both this year and historically – so overlooked women, performers of color, and most especially black performers.” The academy subsequently agreed that the category lacked diversity and honored the artists’ request, according to Billboard Magazine.

The consistent criticism of the academy arises from stats like this one: Only 10 Black artists have won the album of the year award since the first one was handed out in 1959. Grammy voters have yet another chance this year to do right by Black musicians – but will they?

When the cultural zeitgeist trained its sights on racial reckonings last summer, the Grammys weren’t exempt from the heat. In June, the Recording Academy announced changes including renaming the best urban contemporary album category to best progressive R&B album – an apparent rethinking of the word “urban,” which more people in the industry are saying is racially insensitive.

Earlier in 2020, Harvey Mason Jr., chairman and interim president and CEO, acknowledged in a statement the institution’s shortcomings related to race, foreshadowing some of the year’s efforts: “Too often, our industry and Academy have alienated some of our own artists – in particular, through a lack of diversity that, in many cases, results in a culture that leans towards exclusion rather than inclusion.”

Later, in November, the best world music album category was changed to best global music album to find “a more relevant, modern, and inclusive term,” according to the Recording Academy. Despite implementing diversity initiatives in the past year, including hiring a diversity and inclusion officer, the awards remain dogged by a history that refuses to give Black musicians their due.

It wasn’t until 1989, at the 31st Grammy Awards, that rap was given a category, for example. Artists like Beyoncé, Drake, and Kanye West – despite having crossover success, astronomical album sales, and groundbreaking artistry – are almost always relegated to R&B and rap categories. And legend Aretha Franklin won 18 Grammys throughout her career – but was never nominated in the top four categories.

Today, we must pay attention to the current state of the institution as well as its origins. It was founded in 1957 – just three years after the start of the civil rights movement – and from its inception awarded white men its highest honors. Fast-forward six decades, and the most prestigious accolade in music has yet another chance to show just how the creativity of Black people fuels and molds the industry – but it probably won’t. There is currency in exclusion and outrage, and so far the Grammy Awards never miss the opportunity to seize it.

Candace McDuffie is the author of the recently released book “50 Rappers Who Changed the World.”