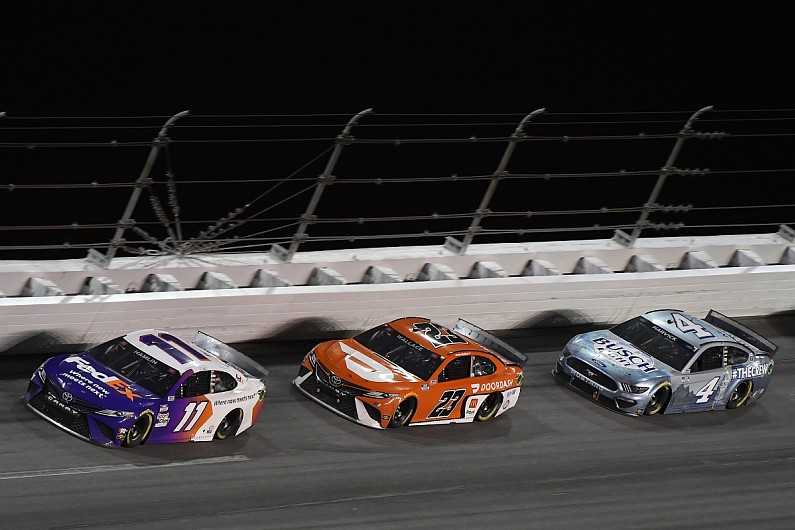 Currently in the Cup Series, Toyota is the least represented of the three manufacturers, with just the four Joe Gibbs Racing cars supplemented by the quasi-works single-car outfit of 23XI Racing, co-owned by Hamlin and basketball legend Michael Jordan.

For comparison, Chevrolet has 16 full-time drivers using the Camaro, while Ford’s Mustang is driven by 13 drivers across six teams, including Penske and Stewart Haas Racing.

Hamlin, who was seeking an unprecedented third consecutive victory in the traditional Cup season-opener was leading the pack as the final round of green flag pitstops approached with Ford runners triggering the sequence on Lap 170 of 200.

As the contingent of Mustang’s pitted, with Chevrolet responding next time by, the three remaining Toyota’s of Hamlin, team-mate Kyle Busch and 23XI’s Bubba Wallace waited until Lap 173 to come to pitroad – by which time the Ford and Chevrolet’s had reorganised themselves and began to charge down the Toyota’s who had just exited the pitlane.

With Hamlin and Busch strung out, and Wallace reporting a vibration that necessitated an extra stop, both Gibbs cars fell from the lead to the lower reaches of the top 10, and out of victory contention.

“It is the first time that a lack of numbers really played a big role in the finish,” explained Hamlin who eventually took fifth.

“I don’t know what we could have done differently. Maybe [we could] back up to the #18 [of Busch] to get up to speed faster, but our fate was sealed when we got shuffled and everyone committed to going single file until the last lap.

“I felt for sure Chevys would make a move. I was 12th or something in line and I’m like ‘I’m not going to win from here, so I got to get that bottom line, get something going, get some energy moving.’ 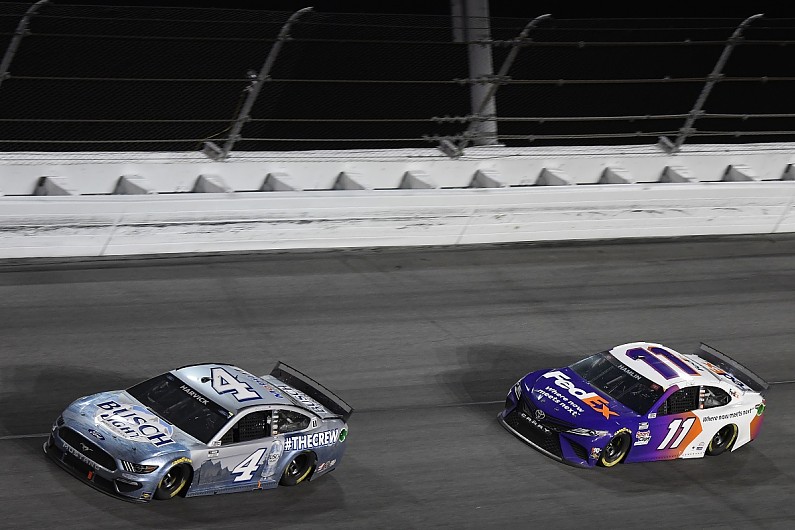 “I tried to shuffle a few times, but nothing was working, nobody wanted to go anywhere.

“Once we came up on some lapped cars, I was able to make up four spots to get to eighth, and I was like ok: ‘I can do something from here with two to go as long as they go with two to go,’ but everyone felt they could win from 10th on the last lap, so it didn’t work out.”

After missing out on joining Cale Yarborough as a four-time winner of the 500, Hamlin, who led a race high 98 laps and claimed victory in stages one and two, pointed towards the dominance of his machine, believing it had actually performed too well in the event and was a factor in the result.

“We were too far out front. We got on-and-off pit road too good. I was just too far ahead of the pack,” he explained.

“I think I was 12th and everybody was running single file, so it handcuffed me. I couldn’t really do anything. I hoped once I got to eighth as long as they make a move with two to go, I’m in the energy – in the area where I can make something happen.

“[It was] just one of those things that execute too good.”