Honda and KTM MotoGP bikes “too different to compare”

Saturday’s first of five test days at Losail marked Espargaro’s debut on the RC213V, with the six-time MotoGP podium finisher completing 68 laps across the day having been one of the first to take to the track in the seven-hour session.

Espargaro ended the day 1.2 seconds off the pace of his Aprilia-mounted brother Aleix down in 17th, but ran out of tyres by the end of the day so he didn’t attempt any kind of time attack.

Having ridden the KTM for four years previously and it generally thought that both the RC16 and RC213V were similar in their handling characteristics, Espargaro says they are basically polar opposites of each other.

“Yeah, they are too different to compare,” he said.

“And there is this three months in the middle where I didn’t ride these bikes and also it did not help to remember what was going on with the KTM.

“But they are very, very different. I mean, sure they are bikes that you need fight a little to get the result.

“But apart from that, all the rest is very, very different. But feels good already with the Honda.

“The most important thing is to learn about the front, it’s where you gain the time stopping, having some corner speed. 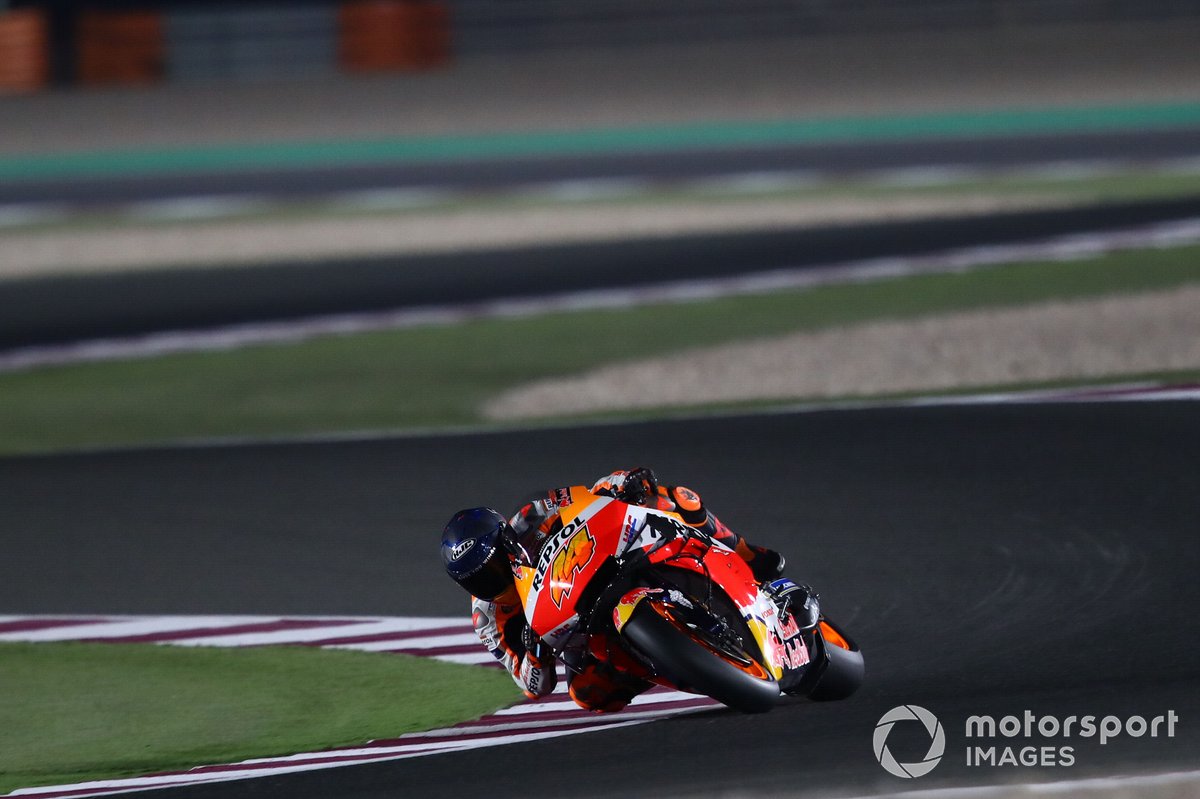 “Already the rear I have I think more or less under control on acceleration and in the middle of the corner.

“But it’s just a matter of just pushing a little bit more and going to the limits and recognise where I’m losing.”

Espargaro didn’t go too deep into bike set-up on Saturday, instead focusing on general things as he began his adaptation to the RC213V.

When asked by Autosport to detail his first day on the Honda, Espargaro said: “It was a lot of work, as you can imagine, especially seeing the limits of the bike is pretty difficult with this grid of young guys, super strong guys, you need to push straight away and you need to be fast, otherwise you are very, very far away.

“As a first day, it was OK, we were just checking the bike, stuff like the brakes, rear brake, the position on the bike, things very basic, not going through the electronics or big things like the chassis or stuff like that.

“[I was] just trying to learn as much as possible.

“We ran out of tyres because we started very early on and we couldn’t put one in at the end.

“But very happy overall and looking forward to tomorrow. It’s going to be a better day tomorrow.”

What’s weighing the stock down?