By the time the Qatar Grand Prix rolls around, Espargaro will have had just five days of riding on the Honda this winter having spent the last four years on the KTM.

After a solid opening test at Losail last weekend, Espargaro was just seven tenths off Miller’s record pace of 1m53.183s on the first day of the second Qatar test and is yet to register a crash.

Ducati’s Miller feels Espargaro’s ability to adapt to the different characteristics of the Honda having ridden the unconventional KTM for so long so quickly makes him a definite Qatar GP victory contender.

“I think so, for me I think Pol has been the real standout of this test because he’s had the biggest job of everybody, swapping manufacturers after being on KTM for quite a few years,” Miller said when asked if Espargaro was a win threat for the first race.

“And I’m sure with the KTM being a steel chassis and everything, the characteristics are completely different on the Honda.

“I think he’s adapted to it very well and I think he’s putting in some fantastic lap times and also pace.

“I’m pleasantly surprised to see that, because as we’ve seen in the past not everybody can manage the Honda and I think we all sort of thought Pol has that aggressive style of riding with elbows out and everything.

“I think if anyone can do it he can and I think it’s showing.

“He’s riding the bike, so it’s all looking pretty good for him.” 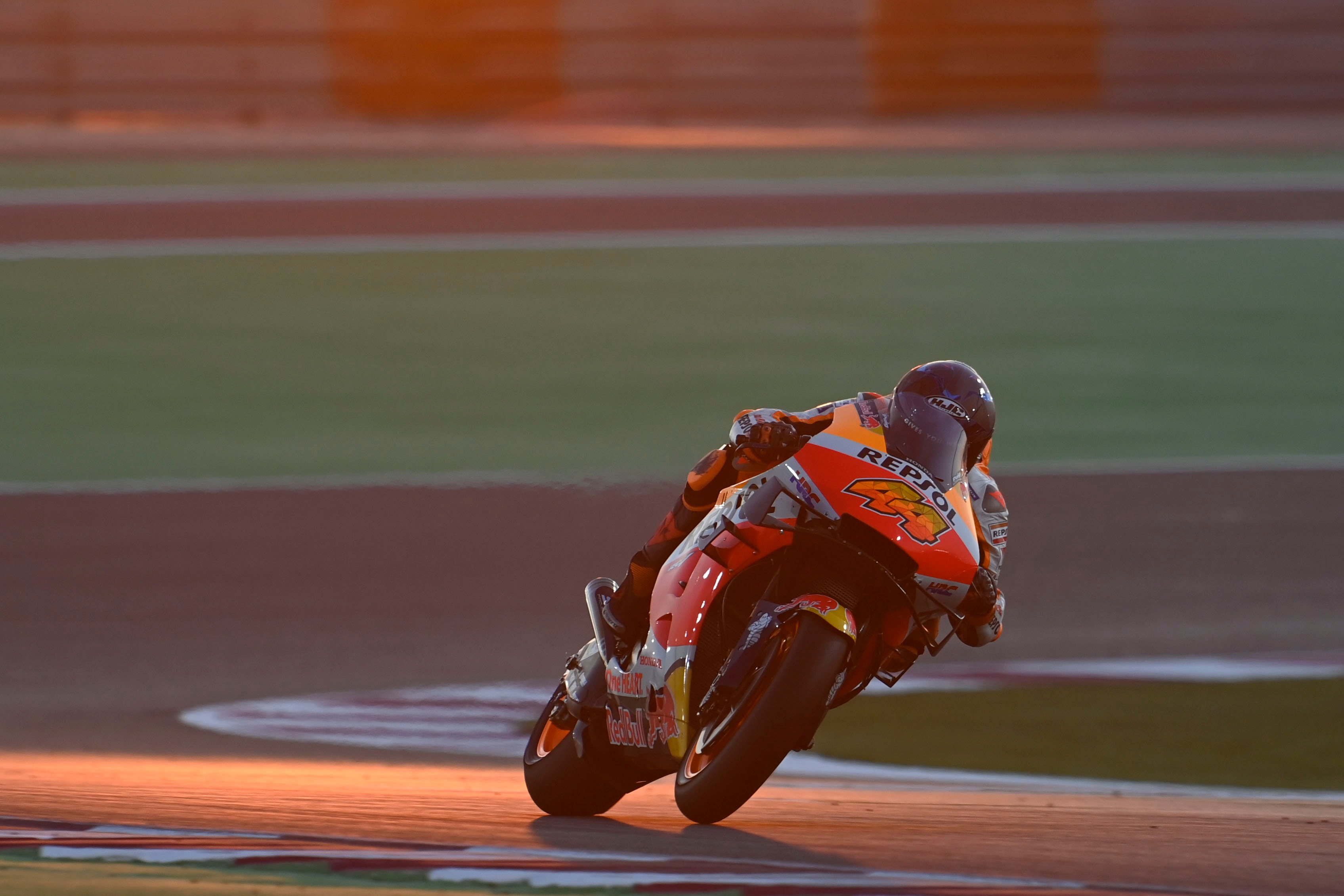 Espargaro admitted last weekend not knowing the limit of the Honda was “stressful”, but feels he understands the front end of the bike better and is progressing faster on the RC213V than he expected.

When Autosport asked if he felt the Honda was his bike now, he said: “Not yet. It’s true that the progression I feel at the moment is faster than I expected.

“And it’s coming – I would not say easy, because to make these laps you need to put in a lot of effort – but it’s coming I would say more natural than what I expected.

“But even like that, we can show in one lap time still to be this far away means I still have a lot to learn about the limits of the bike, even if the lap time is fast I think in the fastest lap I left a couple of tenths because every time I’m faster I’m not a little bit faster – I’m eight tenths faster than the last time.

“It means that all the references change complete, so every time I go this fast in a lap I go wide somewhere, I don’t open the throttle as I should, I get nervous during the lap, I make mistakes.

“So, it means that a lot needs to be improved, but the most important thing is the consistency is massively better than one lap time.

“This I’m very happy about because it’s something I was really looking for, to feel comfortable in the race pace and this is coming better than one lap time.”