Relatives of the victims of downed Flight PS752, which crashed in Iran last year, held a protest in Tehran over the weekend demanding justice for their loved ones and the arrest of the leader of Iran’s Revolutionary Guard Corps, which Iran’s leaders have admitted shot down the plane.

The demonstration came days after Iran’s Minister of Foreign Affairs Mohammad Javad Zarif denied the existence of an audio recording, obtained by CBC, in which he is said to be discussing the possibility that the destruction of Flight PS752 was an intentional act.

In the recording, the individual, who was identified by sources as Zarif, is heard saying there are a “thousand possibilities” to explain the downing of the jet, including a deliberate attack involving two or three “infiltrators” — a scenario he said was “not at all unlikely.”

The individual in the recording also notes that the truth will never be revealed by the highest levels of Iran’s government and military. The day after the story aired, Zarif tweeted the audio isn’t real and insisted he’s always said there were a number of possibilities for the crash.

On Jan. 8, 2020, Iran’s Islamic Revolutionary Guard Corps shot down Ukraine International Airlines Flight 752 in the skies over Tehran with two surface-to-air missiles, killing all 176 people aboard, including 138 people with ties to Canada.

Iran’s Revolutionary Guard is an elite wing of the country’s military and is overseen by the country’s supreme leader. It’s been designated as a terrorist organization by the U.S., Bahrain and Saudi Arabia.

Following the crash, Iran’s President Hassan Rouhani said human error was to blame, saying the military mistook the jetliner for a hostile target in the aftermath of an American drone strike that killed a high-ranking Iranian military general in Iraq.

On Saturday, in a video filmed at the Tehran demonstration, a crash victim’s father is heard asking why Commander Gen. Amir-Ali Hajizadeh hasn’t been charged noting he is the head of Iran’s Revolutionary Guard.

“Have you summoned Mr. Hajizadeh as a suspect of this crime?” the man asks, according to a video shared with CBC News. “Answer us. It’s a simple question. You owe the 70, 80 million Iranians an answer.”

At the demonstration, dozens of family members holding photos of loved ones also entered the military court building to question lead investigator Sadegh Arabzadeh and the country’s deputy military prosecutor. This building is where crimes pertaining to the military are privately heard rather than at a public court.

WATCH | Secret recording says downed airliner may have been intentionally shot down: 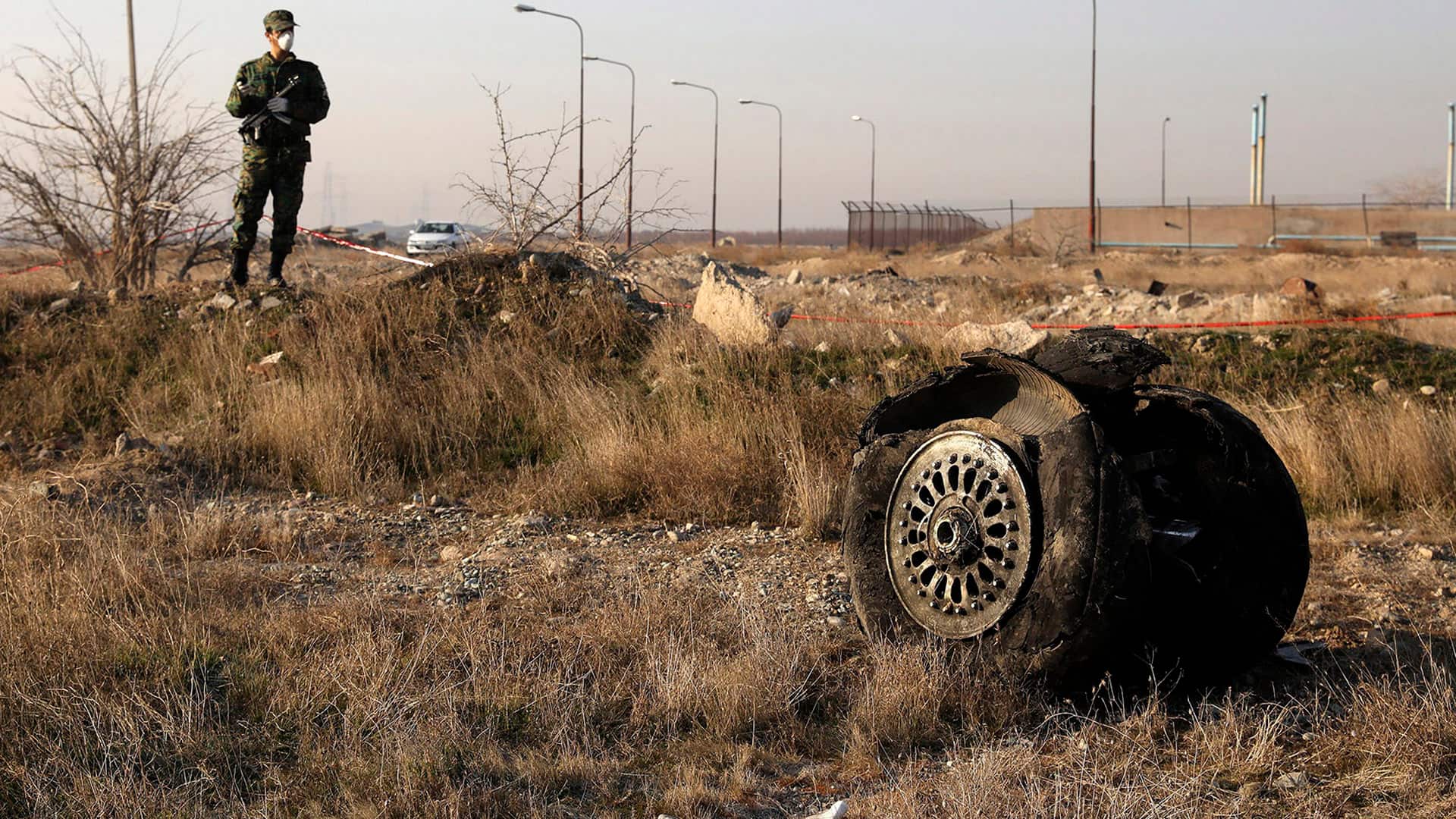 CBC News has obtained a recording of a man sources have identified as Iran’s foreign minister acknowledging that the downing of Flight 752 could have been intentional. The Canadian government and security agencies are reviewing the recording. 2:49

Arabzadeh is heard responding on the videotape, saying “we can’t simply accuse someone. There is a procedure of investigation.”

Iran has said it charged six Iranians with offences in connection with the destruction of Flight PS752, but hasn’t revealed their names, the allegations against them, or any details about the charges they face.

In Ukraine, Deputy Foreign Minister Yevgeny Yenin said in an interview broadcast Sunday on Iran International, a private UK broadcaster, that his country still doesn’t know the identity of the six individuals charged. Yenin also confirmed Ukraine’s criminal case is being classified as an “intended murder.”

The airline that operated PS752 is based in Ukraine.

Meanwhile, courts in Iran have also sentenced at least 13 people to prison allegedly for protesting the downing of Flight PS752, according to Human Rights Watch. They include two students at the University of Tehran who posted online they were sentenced to prison terms for “propaganda against the state” and “assembly and collusion to disrupt national security,” according to the New York-based international human rights organization.

The audio recording obtained by CBC was said to be captured in the months after President Rouhani stated publicly that human error was to blame. CBC News listened to the audio recording and had three people translate it from Farsi to English to capture nuances in the language.

Hamed Esmaeilion of Richmond Hill, Ont. lost his wife Parisa Eghbalian and nine-year-old daughter Reera on Flight PS752. He’s now the spokesperson for the association representing a group of victims’ families in Canada and shared the protest footage with CBC through a network of families in Tehran. 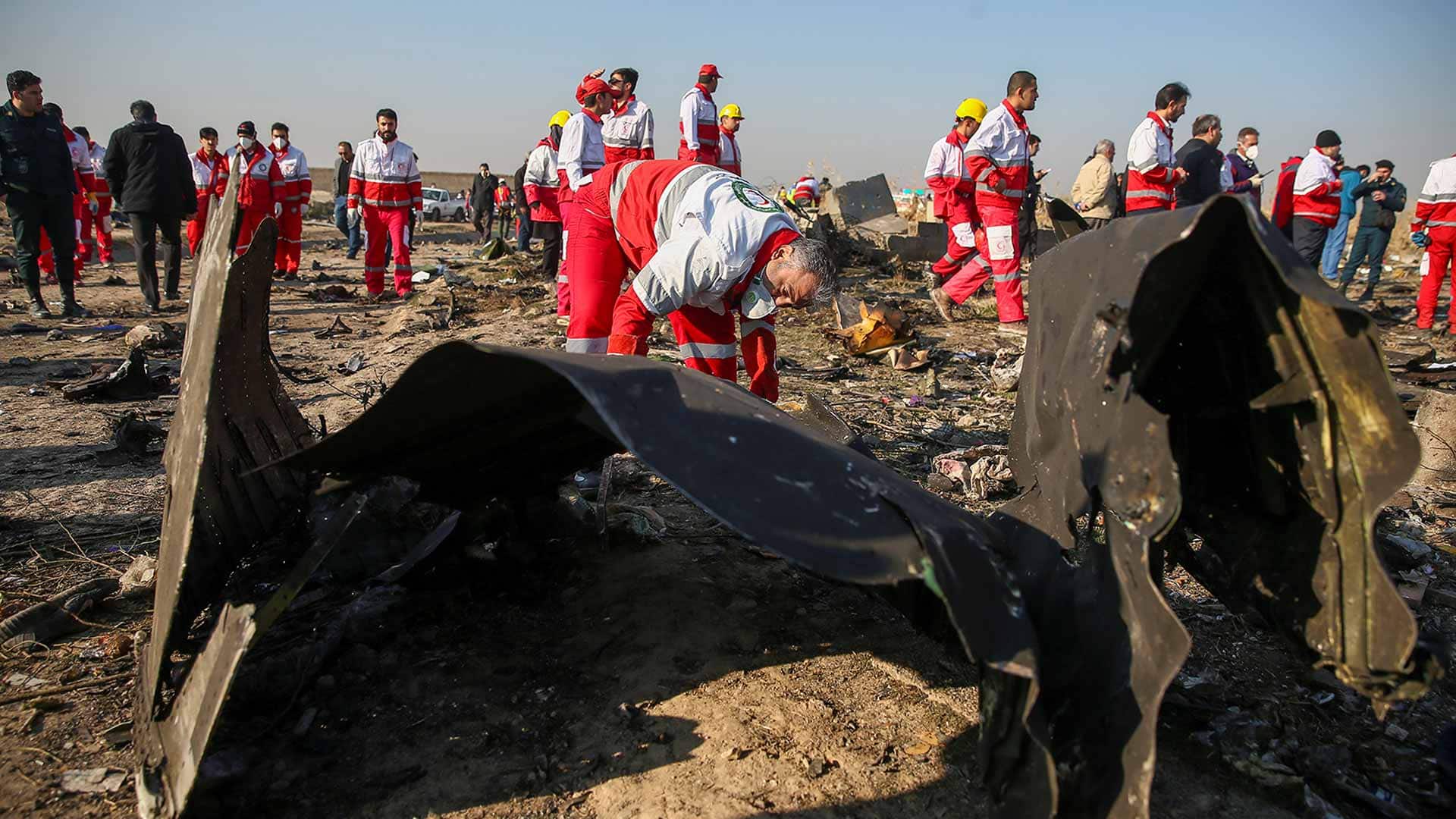 Iran was quick to push back at Canada after a CBC News exclusive revealed a secret recording of a man identified as Iran’s foreign minister contradicting his own government’s explanation for the downing of Flight 752, calling the reports incorrect and baseless. 2:03

In a statement, Esmaeilion said at one point during Saturday’s Tehran protest an ambulance was called because some family members were so upset they felt unwell and were taken to hospital. Security forces eventually told families to leave the premises and they dispersed, he said.

Multiple countries, including Ukraine, have until the end of the month to review Iran’s final report on the safety investigation. It’s not clear when that document will be released publicly.

Prime Minister Justin Trudeau’s special advisor to Flight PS752, Ralph Goodale, has raised concerns about Iran’s lack of details around its arrests and transparency around the investigation.

“This state of affairs raises obvious concerns about credibility, conflicts of interest, and a lack of transparency and accountability, especially in light of Iran’s admission that its own military—specifically the IRGC—fired the missiles that downed this innocent commercial airliner, which had been fully cleared for takeoff by Iran’s military and civilian authorities.” says a portion of Goodale’s report published in Dec. 2020.