Industry’s Ken Leung: ‘Will the world ever see us as something separate from martial … 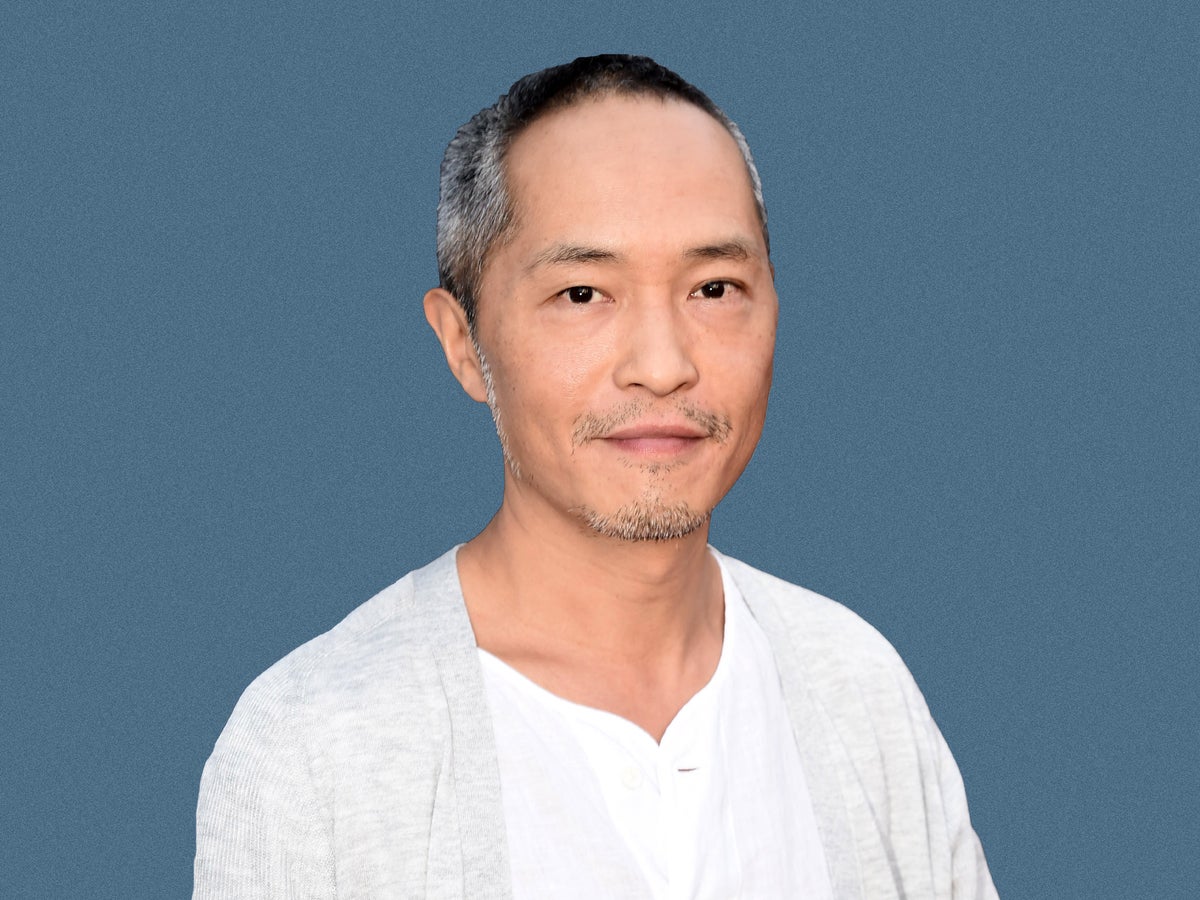 Ken Leung doesn’t know what he’s talking about in Industry. The razor-sharp series, about young graduates competing for permanent positions in the cutthroat world of finance, requires its actors to deliver arcane terminology at such a speed you might think they understood the meaning behind what they were saying; you’d be wrong.

“I just can’t grasp the mathematics of it,” says the 52-year star of Lost and Rush Hour. “It took me a long time to get what a ‘short’ is, and I still can’t say I understand it now. You borrow something, you sell it, then you buy it back and return the thing? I have to try and picture it as a concrete thing, like a loaf of bread. But it doesn’t always work that way in finance because of the minutiae of it.” Shorting a stock, Google will tell you, is when a trader borrows shares from a broker and immediately sells them expecting the stock price to plummet imminently – ie when they have to pay for them – so they can pocket the difference. Or something like that. Thankfully, enjoying Industry does not necessitate a BA in macroeconomics.

Industry, created by former finance boys Mickey Down and Konrad Kay, is proof that good writing performed by good actors is all that’s really needed to make a series immensely watchable. That and the odd coked-up sex scene. Backed by a jittery, techno-infused score, this is TV by way of cardiac arrest. “A millennial Mad Men,” is how The Independent’s five-star review of the first season put it. The show returns to BBC One for its second run on Tuesday, and the new episodes have even more anxiety-inducing thrills than the first.

The palpitating heart of the office bullpen is Leung’s hot-headed character, Eric Tao. Eric is the kind of boss who will offer sage advice and acceptance on your way into the office but will harshly admonish you in front of everyone 10 minutes later. Leung plays him like an amiable pet that’ll bare its teeth without warning. Certainly, it’s a staggering contrast to the actor in front of me today. Leung is laidback and tranquil; he has a voice suited to ASMR videos. Despite Eric’s volatility, it’s he who asks his protégée Harper Stern (Myha’la Herrold) in the first episode of the new season to visit an “in-house service for issues, mood [and] the more mental side of your health”. When Harper, bemused, asks if he himself has ever paid these experts a visit, Eric brushes off the question. The scene’s unspoken context suggests that certain people feel a hesitancy in addressing their mental health and merely view it to be, in Eric’s own words, “corporate diktat”.

Leung, who was born to Chinese parents in New York City, agrees there’s a block surrounding the usefulness of therapy among people of a certain age but does not think it’s simply a generational issue: “Sometimes it’s a cultural thing,” he says. “Like my parents – for the longest time, I have tried to cleverly get my mom to talk to somebody, but it can’t come from me; it has to come from her. I think there’s a stigma among people of her generation, and maybe her immigrant mentality, that says there has to be something wrong with you, like you’re acknowledging that you’re sick. That you can’t be an ordinary person and need a therapist. There’s most definitely that point of view.”

Leung is open about “not having much of a relationship” with his parents. In the past, he’s spoken about their initial opposition to his job of choice, and I wonder if they’re now impressed with his career. After all, Leung has been in the profession for 24 years. He made his debut as the villain opposite Jackie Chan and Chris Tucker in 1998 buddy action film Rush Hour and, since then, he’s traversed genres, playing a wily electronics store owner in Edward Norton comedy Keeping the Faith (2000), a committed police detective in horror film Saw (2004), and the abrasive, sarcastic Miles Straume in Lost, a character who became as adored as the originals despite joining the show in its fourth season (2008).

Given Leung’s success, you’d think his parents might have softened to his chosen career. He tells me they have “never asked” him questions about his job. “My dad is retired now, but he was a high school teacher, and a lot of his students would know me and ask him to get them an autograph, and that was the only time that we even broached the subject of me being an actor,” he says. “Maybe they watch stuff – I have no evidence of them doing that.” He smiles, wistfully. “Although I had a Lost action figure, and they did get a kick out of that.”

Leung’s life has undergone several changes in the past decade. First, in 2015, he became a father, something he says has considerably changed his outlook on his job. “When [my son] was very little, we used to go where I was shooting together,” Leung, who is based in Brooklyn with his wife, explains. ”But then he started school, which means he can’t follow me. That is now always a consideration. My first questions, whenever I’m approached for a potential job, are: where is it? How long is it? And are they going to let me travel back and forth?”

And then, in 2019, Leung’s younger brother Kevin tragically drowned in Thailand. That year, while waiting to film scenes for an unsuccessful pilot, Leung began writing an essay about his brother, and the tumultuous struggle he endured to bring his body home. The result was published on GQ last year. Leung tells me he started jotting his thoughts down after thinking “one day my son is going to ask about it and what am I going to remember?” It took him two years to write. “I remember that that period was so beautiful because it went with me wherever I went – I wasn’t alone,” Leung says of the essay. “I miss that.” Did the act of writing about the experience bring him closure? “You know, I don’t want closure with it; I wish I wasn’t done with it.”

Here, Leung’s thoughts drift to his childhood. He mentions a memory of playing in the back garden with his best friend Gerard. He says that, like most youngsters, they would pretend to be Batman and Superman, characters Leung recalls thinking “didn’t make sense” for him, a young Chinese-American boy, to play. Now, in a time rife with superhero films, characters like Black Panther and Shang-Chi – who didn’t get their own films when Leung was growing up – are fronting their own blockbusters. In turn, finally, the spotlight is being placed on different cultures. Leung, while happy with the change, is also ambivalent about the extent of its success.

“My kid gets to see Shang-Chi and, instead of Batman and Superman, he can pretend to be him, which is a dream come true. But I have mixed views,” he says. “It’s gratifying to a degree, but I’m weary of it. What we’re talking about is undoing centuries of a mindset, and that takes doing. We live in an age where companies and my kid’s school now have a diversity programme. Whether that is sincere or not is a whole other question.” He wonders whether these diversity programmes “do anything” or whether they’re simply “lip service” designed to “avoid getting people in trouble”.

Part of Leung’s weariness stems from the fact that, a quarter of a century into his career, he’s still getting offered projects associated with martial arts purely because of his Asian heritage. “Will the world ever see us as something that doesn’t have anything to do with martial arts?” he asks, defeatedly. “Why is that still happening? Why am I – a non-martial artist – still periodically getting approached for things where it’s just assumed that I know it? So yeah, there’s a lot more internal work to do. I know that we do it out in public, but that’s not where the work needs to happen.”

One credit that stands out for Leung is the aforementioned Miles in Lost; the role was specifically created for him after showrunners Damon Lindelof and Carlton Cuse saw his memorable guest role in The Sopranos. (Leung appeared in the season six episode “Remember When” as Carter Chong, a patient with anger issues who Junior, played by Dominic Chianese, befriends at a psychiatric centre.) They immediately dreamt up the role of Miles and contacted Leung’s agent. A year later in 2008, he made his debut in the show’s fourth season, and remained a part of the series right up until its finale in 2010. Rumours of a Lost reboot surface periodically and, considering – spoiler alert – Miles makes it out alive, Leung would probably get the call should that ever happen. It would be a welcome call.

“I would love to go back to Hawaii,” he says, visibly excited by the prospect. “When I think of Lost, I don’t think of the show as much as I think of Hawaii. But I guess it depends on where they wanted to take it and who was coming back. I know there was an idea being kicked around where Miles and Sawyer [the character played by Josh Holloway] would have a True Detective-style spin-off, but that would be so much its own thing that it wouldn’t feel like continuing Lost. But on the face of it, sure. There’s nothing about Lost where it’s like, ‘I never wanna do that again.’ So yeah, maybe.”

In the extremely unlikely case the acting dries up, would Leung be up for channelling his inner Eric Tao to pursue a career in finance? “No, no, no… I would get killed.” He laughs. “After season one, some journalists would ask me for financial advice and would not believe me when I told them they were literally asking the wrong person. If they followed my advice, they would have lost a lot of money.”

‘Industry’ returns to BBC One at 10.40pm on 27 September. All episodes of the second season will be added to BBC iPlayer on the same day