The Kiwi made steady progress throughout the race, making up four spots on the opening lap-and-a-half before Bryce Fullwood’s trip into the Turn 4 wall prompted an early caution.

When the race went green again on lap seven he continued his march forward, making up plenty of positions as cars around him pitted, while also pulling off impressive moves on the likes of Jack Le Brocq and Will Davison.

Van Gisbergen was then the last in the field to make his stop, waiting until there was just 11 laps left.

He then had the best tyre condition for a storming run home, quickly clearing the likes of Anton De Pasquale and Mark Winterbottom as he set his sights on the top three.

His big break came with two laps to go, when Chaz Mostert, Cam Waters and Jamie Whincup found themselves in a three-way fight for the lead into Turn 1.

That slowed them up enough for van Gisbergen to not only join the battle but pass both Whincup and Mostert with a spectacular lunge into Turn 4.

He then charged down Waters, who had stopped six laps earlier, across the penultimate lap before grabbing the lead on the final tour to set up a memorable victory.

Before today nobody in ATCC/Supercars history had won a single-driver race at Sandown from lower than 14th on the grid.

“I had so much help the last couple of weeks with good surgeons, the hyperbaric chambers, my nice girlfriend looking after me, and our physio,” said van Gisbergen.

“It’s been a pretty tough two weeks but I feel awesome in the car. And obviously my car is great. Hopefully that was good to watch, I was trying!” 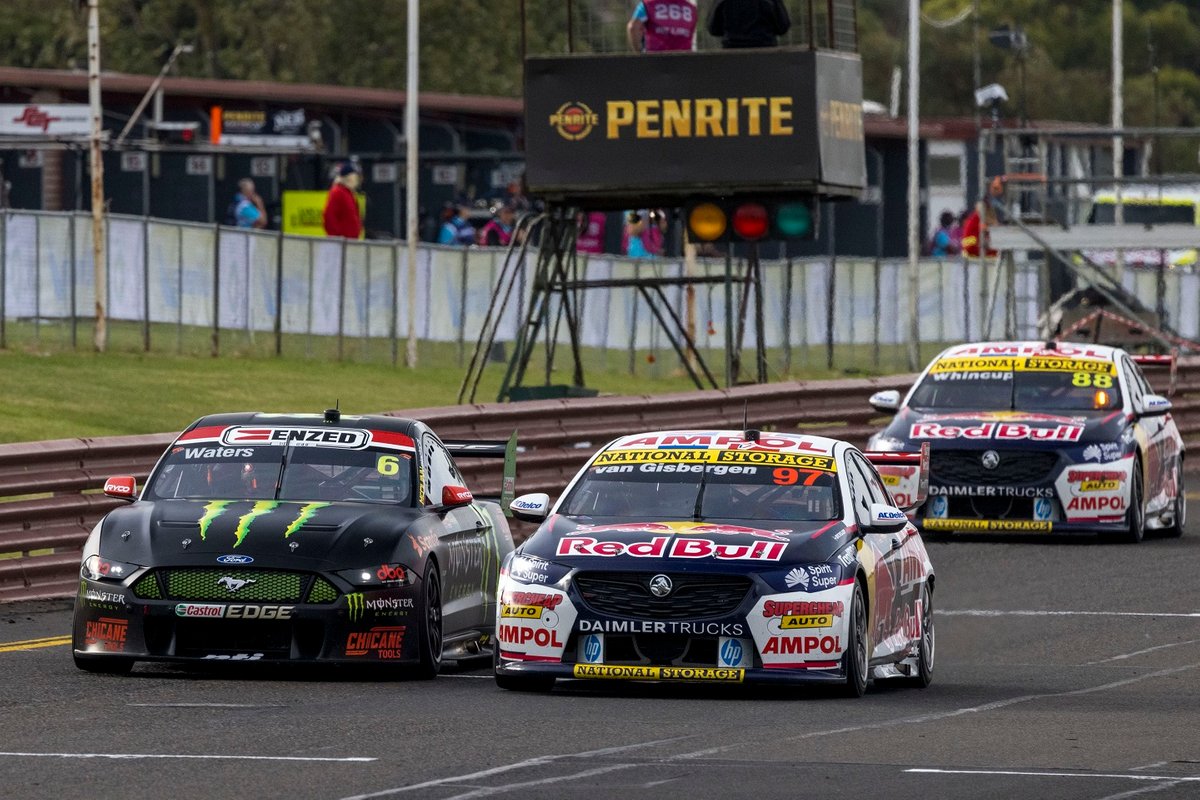 It was a see-sawing battle for the lead across the 36-lap journey, with a number of drivers looking in contention for the win at various points.

Waters, who ultimately finished second, led across the first stint after jumping polesitter Mostert at the first corner.

Mostert, however, opted to stop on Lap 8, giving him a huge undercut by the time Waters and Whincup pitted together on Lap 19.

That advantage was swiftly squandered by tyre condition though, Mostert going from leading with two laps to go to finishing down in sixth place.

Whincup, who had challenged Waters for the lead right before van Gisbergen burst into the lead group, finished third ahead of Mark Winterbottom and Anton De Pasquale.