The expansive lands and oceans of the far north feel a little closer to the Prairies as you round the corner of St. Mary Avenue and Memorial Boulevard in downtown Winnipeg.

It’s set to open on March 27, nearly three years after shovels hit the ground, and media were given a virtual tour on Thursday.

A group of Indigenous language keepers came up with the name Qaumajuq last year. It translates to “it is bright, it is lit” in Inuktitut — an apt description of the natural light that fills the space.

The lead curator of the inaugural exhibit says it was important the space truly reflect the spirit of the 14,000 pieces within and the people who made them — a departure from the colonial presentations common in other galleries and museums.

“When Inuit enter the building, we want them to feel like this is a space for them, that the artwork [is] to be curated for them and that they are the intended audience of the work, and up until now that hasn’t necessarily been the case,” said Heather Igloliorte, one of four Inuk curators who put together the opening display, INUA.

Due to pandemic restrictions, celebration ceremonies in the days before the opening will be scaled down.

The vault of vaults

Fewer people will get a look on opening day, but those who do will enter a 40,000-square-foot space that houses the largest public collection of contemporary Inuit art in the world.

One of the first things visitors will see is a huge glass vault that stretches four storeys, from the basement to the ceiling, and encases a range of sculptures, carvings, dolls, paintings and more. Peer past those works and see conservators and curators doing research on the other side.

Construction began in May 2018. The project cost about $65 million, half of which came from all levels of government. Private donors and businesses made up the rest.

“It’s a culmination of an incredible processs,” said Michael Maltzan, who won an international competition to design the building.

The main floor has a cafe and access to a revamped shop.

The space includes an 85-seat theatre and small classroom that allows youth from Winnipeg to connect virtually with peers in Pangnirtung or other Nunavut communities.

Studios, research and library archives for working artists take up part of the second floor, where a corridor connects to the rest of the WAG.

Elevators and stairs lead up to the third-floor gallery with the largest North American display dedicated to contemporary Indigenous art.

There, visitors enter a space with nine-metre high ceilings. Shafts of sunlight shine down through 22 skylights.

Maltzan’s vision took shape after a trip to the north with WAG executive director Stephen Borys.

He was inspired by the vastness of it all. He wanted the endless horizons and open sea to shine through, while making the space accessible, inviting and honouring northern cultures.

“I remember him turning to me and saying, ‘How do you capture that limitless quality?'” said Borys. “I think he’s done it … through light, through space, through form.”

The fluid forms contrast with the late-modernist angles of the WAG, built in 1971.

There’s another obvious contrast: why build this particular monument to Inuit art thousands of kilometres from the north?

He points to the geographical relationship between people of the north and those in Winnipeg. Many from remote communities regularly visit and receive medical care in the city. Our histories are aligned, and that shows through in the fact that the WAG has been collecting Inuit art longer than any other institution, he said.

Ferdinand bought them across the street at the Hudson’s Bay building, a historic concrete space that was shuttered last fall.

The Bay played a major role in colonization, and some experts have suggested repurposing and reopening that building with reconciliation in mind.

Situating Qaumajuq in Winnipeg presents a similar opportunity to respond to historic human rights violations of all Indigenous people, laid out in the Truth and Reconciliation Commission’s 94 calls to actions, said Borys.

“There’s just exciting possibilities where we can push, advance the idea of the museum and culture using art in a way for understanding reconciliation,” said Borys.

Julia Lafreniere, head of Indigenous initiatives at the WAG, says in the two days ahead of the March 27 opening, the public will have access to a virtual tour, and a ceremony filmed on Feb. 22.

Lafreniere said it isn’t ideal doing all this remotely.

But in time, the space will fill. Visitors will see carvings, sculptures and other items you could fit on a tabletop that are among the more widely recognizable forms of Inuit Art, along with a variety of newer works that push the limits of that convention.

Igloliorte expects the scale of the space will inspire a generation of Inuit artists to think big. 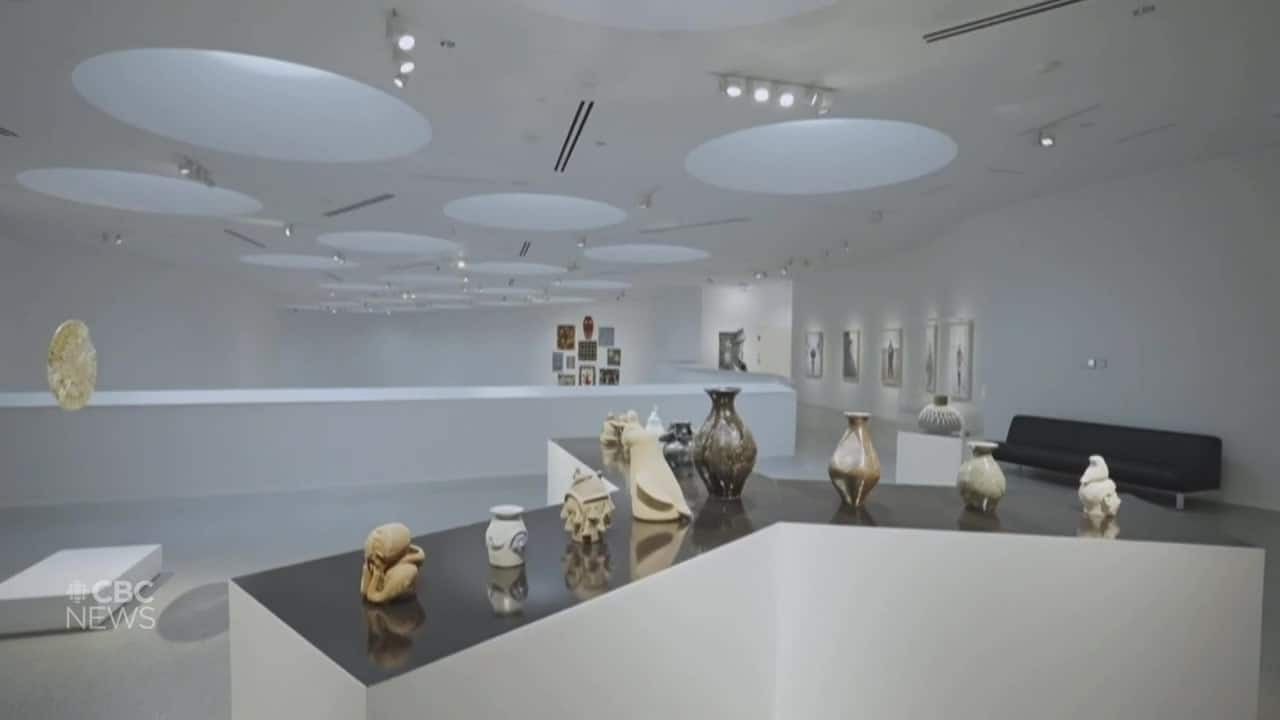 Kenney’s carbon capture conundrum: How do you fight Ottawa while also begging for mon…