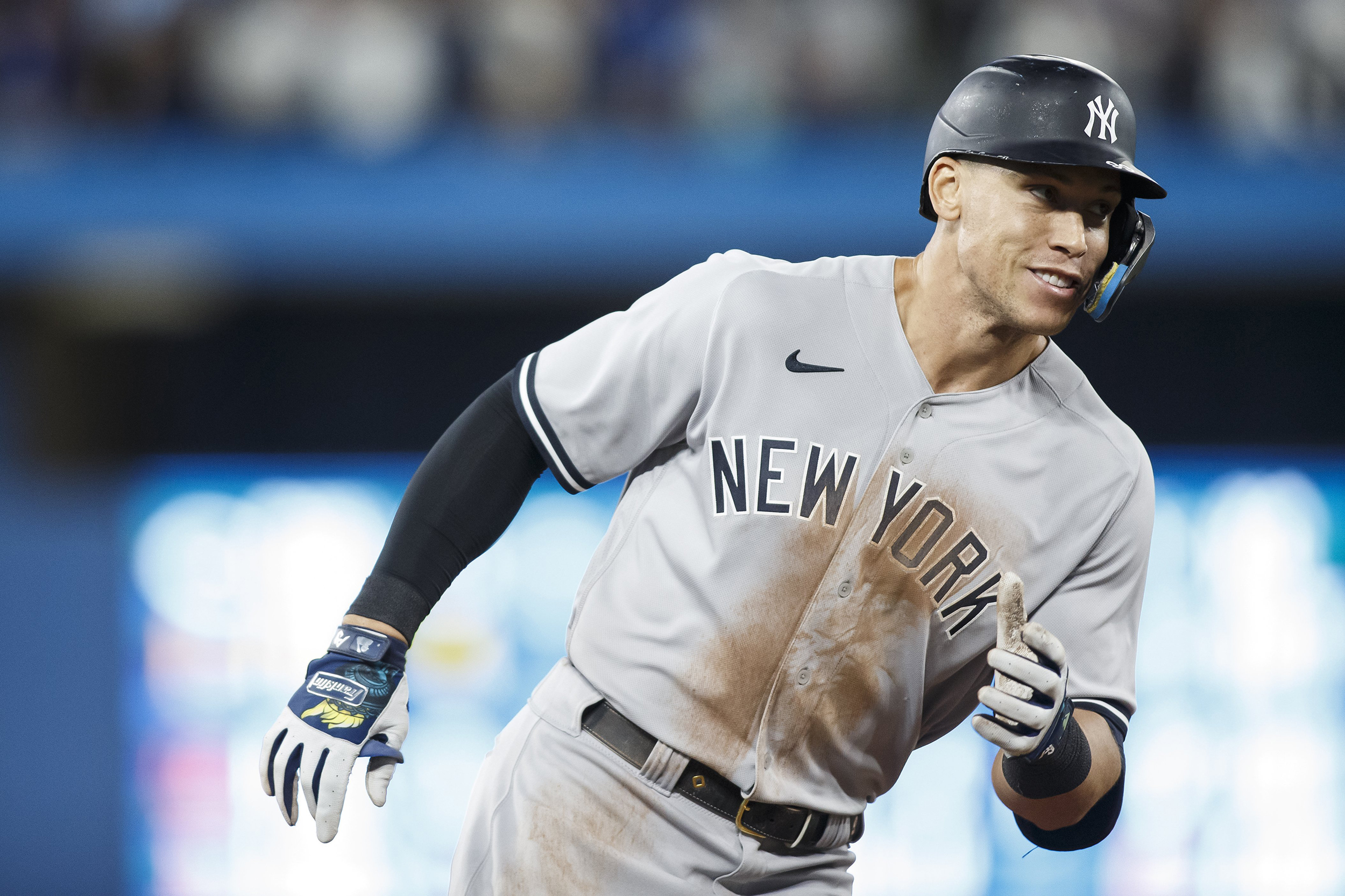 The A.L. MVP candidate crushed a 94 mph sinker into the Toronto bullpen, beyond the left field wall. The historic home run ball was picked up by Blue Jays bullpen coach Matt Buschmann, who gave it to the Yankees.

Judge had been without a homer for seven consecutive games, a non-noteworthy fact for virtually all other players but a drought by his lofty 2022 standard. The outfielder has still very been productive in his homer-less stretch, drawing 12 walks and scoring five runs as the Yankees went 6-1.

“It’s an incredible honor, that’s for sure” Judge told reporters after the game in Toronto. “Definitely some relief.”

Judge’s mother Patty and Roger Maris Jr. were seated next to each other in the front row and they hugged after the ball left the yard.

“Having my mom here, that’s important,” Judge said. “She’s been with me through it all, that’s for sure. From the Little League days, getting me ready for school, being there (for) my first professional game, being there (for) my debut and now getting a chance to be here for this, this is something special.”

Wednesday’s blast moved Judge into a tie for the seventh most homers hit in a single season.

The top six seasons ahead of Judge’s and Maris’ were put up by three players who were all National League sluggers linked to performance-enhancing drugs:

But in the minds of many baseball fans, Maris’ mark is the untainted real record that deserves the most adulation.

The respect Maris, who hit 61 home runs in 1961, gets today stands in stark contrast to the lack of esteem he deserved in that magical season 61 summers ago.

Babe Ruth hit 60 homers in the 154-game season of 1927, and Maris’ 61 came in a 162-game campaign, prompting the Major League Baseball commissioner at the time, Ford Frick, to call for “some distinctive mark in the record books to show” the difference in games played.

While Frick never ordered any asterisk to be placed by Maris’ name, the accomplishment of 61 home runs never got the admiration then that it does in these contemporary, post-steroid years.

Judge has been an elite home run hitter from his first full season in the Bronx, when he hit 52 homers in 2017.

He has saved his best season yet for this, his possible walk year, as he’s likely to test the free agent market before the 2023 season.

Before the season, Judge reportedly turned down a seven-year, $213.5 million contract offer from the Yankees, setting himself up for a deal that could go north of $300 million with the Yankees or another big-money bidder.

A startup reduces packaging and keeps clothes out of landfill