Like everyone else, Katie Ledecky was forced to shelve her plans when the coronavirus pandemic took hold. Instead of looking far into the future, the five-time Olympic champion swimmer switched to a more immediate mindset.

Forget that the four-year cycle leading to the 2024 Paris Olympics is already underway. Ledecky is still working toward making a big splash at this summer’s delayed Tokyo Games.

“In some ways not travelling over the past year and just being able to train has been really good for me and something I hope will pay dividends,” she said from Northern California in a recent virtual interview. “I’m someone that really loves training. I kind of like the day-to-day of just going to work and putting in that work in the pool and eventually seeing the results.”

Ledecky returned to national competition on Wednesday for the first time in a year, winning the 1,500-metre freestyle at the TYR Pro Swim Series meet in San Antonio, Texas.

“I didn’t set too many expectations coming into this first race,” Ledecky said afterward. “I knew getting the first race out of the way would kind of be a milestone in this journey back into real racing.”

Ledecky is among several big names diving back in with three months to go until the U.S. Olympic trials. Caeleb Dressel, Simone Manuel, double backstroke world-record holder Regan Smith, and Ryan Lochte will swim over four days in the first single-site American meet since the pandemic began.

Aiming to make his fifth Olympic team, Lochte is entered in five events. 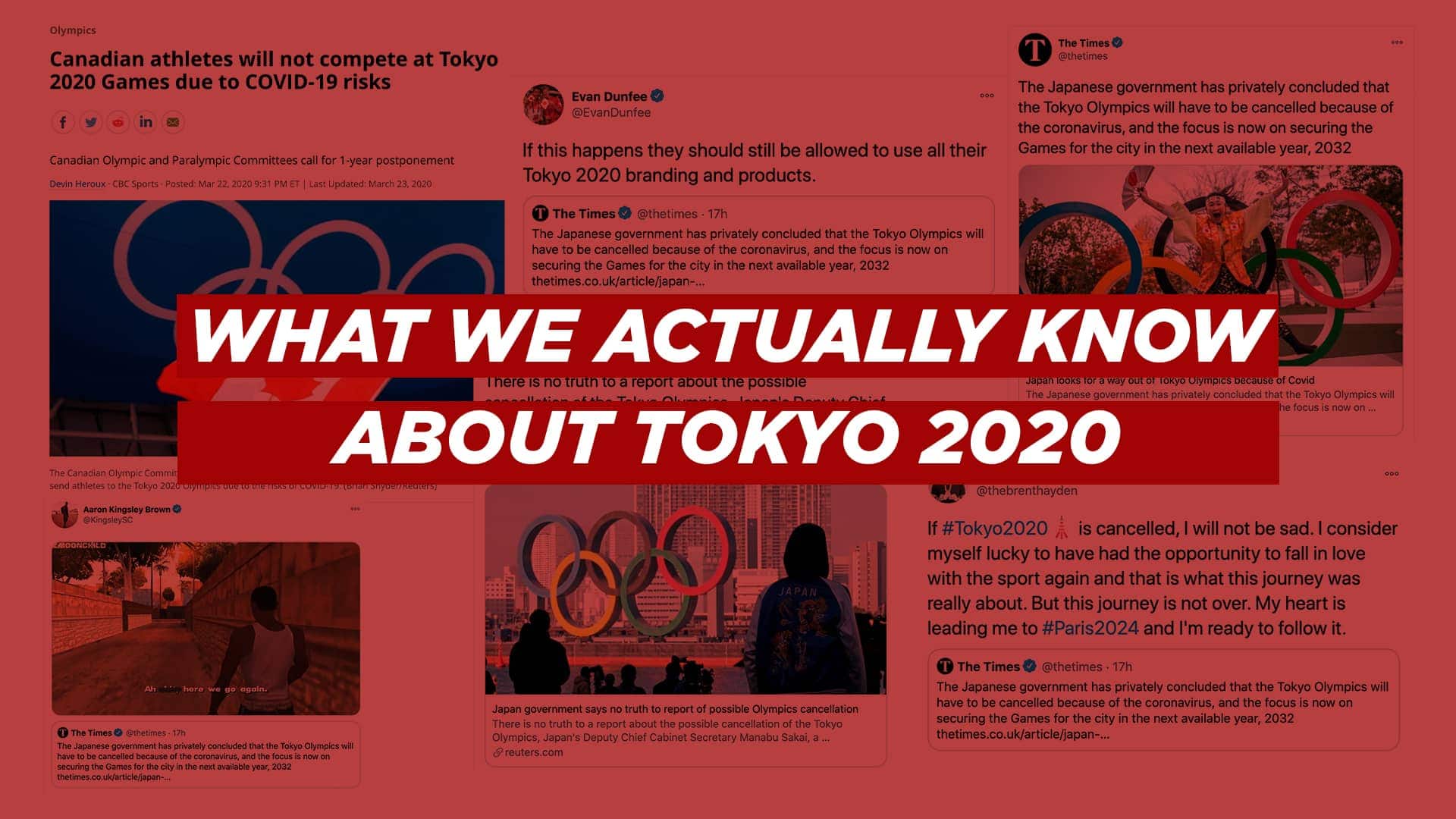 With rumours flying around about a possible cancellation, Jacqueline Doorey breaks down what we really know about the 2020 Tokyo Olympic Games with just 6 months to go. 2:00

Last March, when it was announced the Tokyo Olympics were postponed, Ledecky resumed classes at Stanford. She had planned to take the year off from school leading up to the games; instead, she signed up for a full schedule of virtual classes in the spring and fall. She completed her psychology degree with a minor in political science.

“That was a great silver lining,” she said.

In the early days of the pandemic, Ledecky scrambled to find a pool to train in after Stanford shut down its facilities. She and Manuel worked out in a backyard pool.

Last fall, Stanford and rival California staged small meets that Ledecky swam in. In January, she competed against training partners in a mock meet that included preliminaries and finals to make it resemble a real competition.

“I feel like some of these experiences have built my confidence,” she said. “If I can swim fast in that kind of environment, I can swim fast at a big stage like Olympic trials or the games when maybe we won’t have spectators.”

Questions about testing at Games

Ledecky isn’t sure what awaits in Tokyo. She wants to know more details on how frequently the athletes will be tested for coronavirus, where they’ll be tested, and what the swimming venue will look and feel like.

“Of course, I want everyone to stay healthy,” she said. “I guess that would be my biggest fear, that there’s a huge outbreak at the games. I’m pretty confident in how Tokyo is managing it so far.”

The U.S. resumed its usual testing procedures last fall. However, in the initial stages of the pandemic’s national shutdown, Ledecky joined the U.S. Anti-Doping Agency’s Project Believe 2020. It involved high-profile Olympians conducting urine and blood tests in their homes on their own while being observed virtually by USADA personnel.

“I was able to still get tested throughout last year,” she said.

But Ledecky wonders about the rest of the world.

“I do have some concern,” she said. “There’s some uncertainty there, in that I haven’t really heard how much other countries are testing.”

Ledecky is currently tested for COVID-19 multiple times weekly during training. She practices social distancing and wears a mask — all things she expects to do at a very unusual Olympics.

With her college degree in hand, Ledecky has spent time out of the pool visiting virtually with schools, club teams and children’s hospitals. She hasn’t seen most of her Maryland-based family since Christmas 2019.

Ledecky turns 24 later this month, putting her in the prime of her career. She doesn’t feel cheated by losing precious time to a global pandemic, though.

“I don’t feel like I missed out on some performances,” she said. “I had some good performances last year as we were leading into trials. I feel like I’m carrying that momentum to this year.”