Lady Gaga‘s dog walker — who was shot in the streets before a couple of her pooches were kidnapped in plain sight — is on the mend and has kind words for his supporters.

Ryan Fischer posted an update on his health Monday, uploading two photos himself from his hospital bed … one where he’s got a breathing tube in his mouth. The second shot is much more reassuring — it looks like he took the photo himself, and the tube is gone.

Ryan started his posts with a recounting of his near-death experience … recalling the fact he felt guilty over not being able to protect Gaga’s 2 French bulldogs … while a third, their sister Miss Asia, trotted over to him as he laid on the ground bleeding — whom he calls his angel. 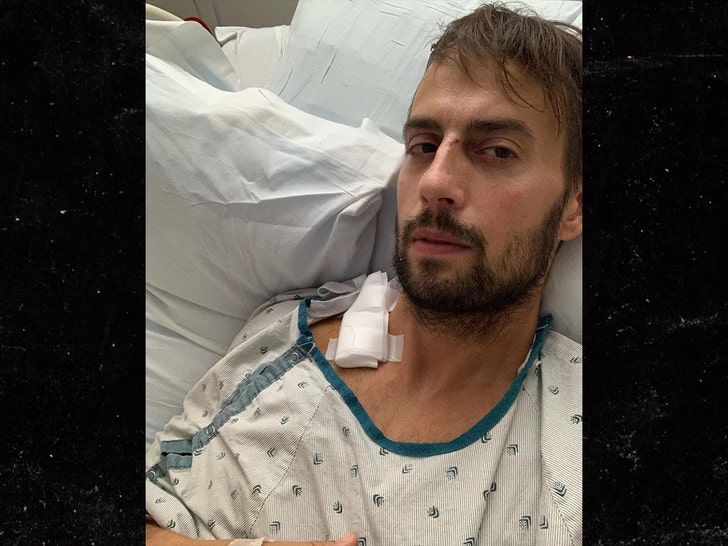 He remembers calling out for help as calmly as he could, and a wave of people pouring out to attend to him.

RF goes on to say this about his recovery … “I will write and say more later, but the gratitude for all the love I feel from around this planet is immense and intense. I felt your healing support! Thank you.” He adds that he’s grateful the police were able to recover the 2 stolen dogs, Koji and Gustav, and prays his would-be murders are brought to justice.

Fischer also had a message for his boss, Lady Gaga, writing … “And to Elisha, my family at Haüs and @ladygaga: your babies are back and the family is whole… we did it!” He continued, “You have shown so much support throughout this whole crisis to both me and my family. But your support as a friend, despite your own traumatic loss from your kids, was unwavering. I love you and thank you.”

It’s a miracle he’s doing as well as he is — remember, Ryan was shot at almost point-blank range … which was captured on surveillance video from a nearby property.

Fortunately, Koji and Gustav have been found unharmed … but the crooks are still on the loose. Police have released suspect descriptions, but no arrests have been made.

Golden Globes 2021: Where to Stream the Winners