Intergovernmental Affairs Minister Dominic LeBlanc says he has full confidence that Canada’s provinces will be able to handle the influx of COVID-19 vaccine doses arriving in the country in the weeks and months ahead.

“We’re going to see a significant ramp-up in these last weeks of February and into March … so we’re very confident, and provinces certainly tell us they’re anxious and ready to receive more vaccines, as I know all Canadians are,” LeBlanc said Sunday in an interview on Rosemary Barton Live. “We’re quite confident it will be very effective.”

The minister said Maj.-Gen. Dany Fortin — the commander in charge of Canada’s vaccine logistics — has been conducting a series of rehearsals and tabletop exercises with counterparts in each province to prepare for the 23 million doses expected between April and June.

“Everything that Gen. Fortin and the public health agency tell us is that the provinces are ready. But as always, if there are gaps or if there are needs for redundancy, sort of for backup plans, the government of Canada … will be there to help them,” LeBlanc told CBC Chief Political Correspondent Rosemary Barton.

Hundreds of thousands of doses expected each week

In the coming week, Canada is slated to receive just over 643,000 doses of the Pfizer-BioNTech and Moderna vaccines.

“Vaccines are my top priority. I know the premiers feel the same,” Trudeau said. “The big lift we’re going to face, as our vaccine deliveries shift to the millions, means the provinces will need to be ready.”

The federal government has taken pains to reassure Canadians that the country’s COVID-19 inoculation campaign is back on track after several hiccups earlier this year.

The early weeks of the vaccine rollout were marked by disagreements between Ottawa and the provinces over how quickly provinces were administering the doses they had received. In the weeks that followed, Canada saw reduced shipments of the Pfizer and Moderna vaccines — the only shots to receive regulatory approval in Canada.

LeBlanc said approving other vaccine candidates and broadening the types of health-care professionals who can administer jabs — such as family doctors and pharmacists — could also speed up Canada’s rollout.

The minister’s comments come one day before the federal government’s mandatory hotel quarantine for air travellers comes into effect.

Starting Monday, passengers returning from non-essential trips abroad will need to book a stay in participating hotels in Vancouver, Calgary, Toronto or Montreal for up to 72 hours — or until the results of their polymerase chain reaction (PCR) test come through.

But LeBlanc said Canadians who say they can’t afford the stay — which could cost between several hundred dollars up to $2,000 — shouldn’t expect the government to foot the bill.

“For the moment, no. That is a cost that shall properly be borne by the returning traveller,” the minister said, adding that the government has been firm on discouraging non-essential travel and that public health measures exist to keep all Canadians safe.

“We understand they’re tough, and it might represent a hardship for some people, but it’s necessary, in our judgment, to continue to protect Canadians during a pandemic.”

Gabby Boulding, a Canadian studying abroad in Scotland, is one person facing that dilemma.

She first arrived in Scotland in 2019 before the pandemic hit, but her visa expires in early March. That means she has no choice when it comes to returning home.

“I legally have to come home, and I’ve known this is happening for so long that I’ve budgeted, I’ve planned, I know flight costs, baggage fees and all the extra stuff. But $2,000 for a just-finished student is absolutely something I don’t have,” Boulding told Barton in a separate interview.

“I don’t think people are really choosing to travel,” she said of situations similar to her own. “We’re just doing what we have to. If you look at the definition of essential, that’s exactly what it is.” 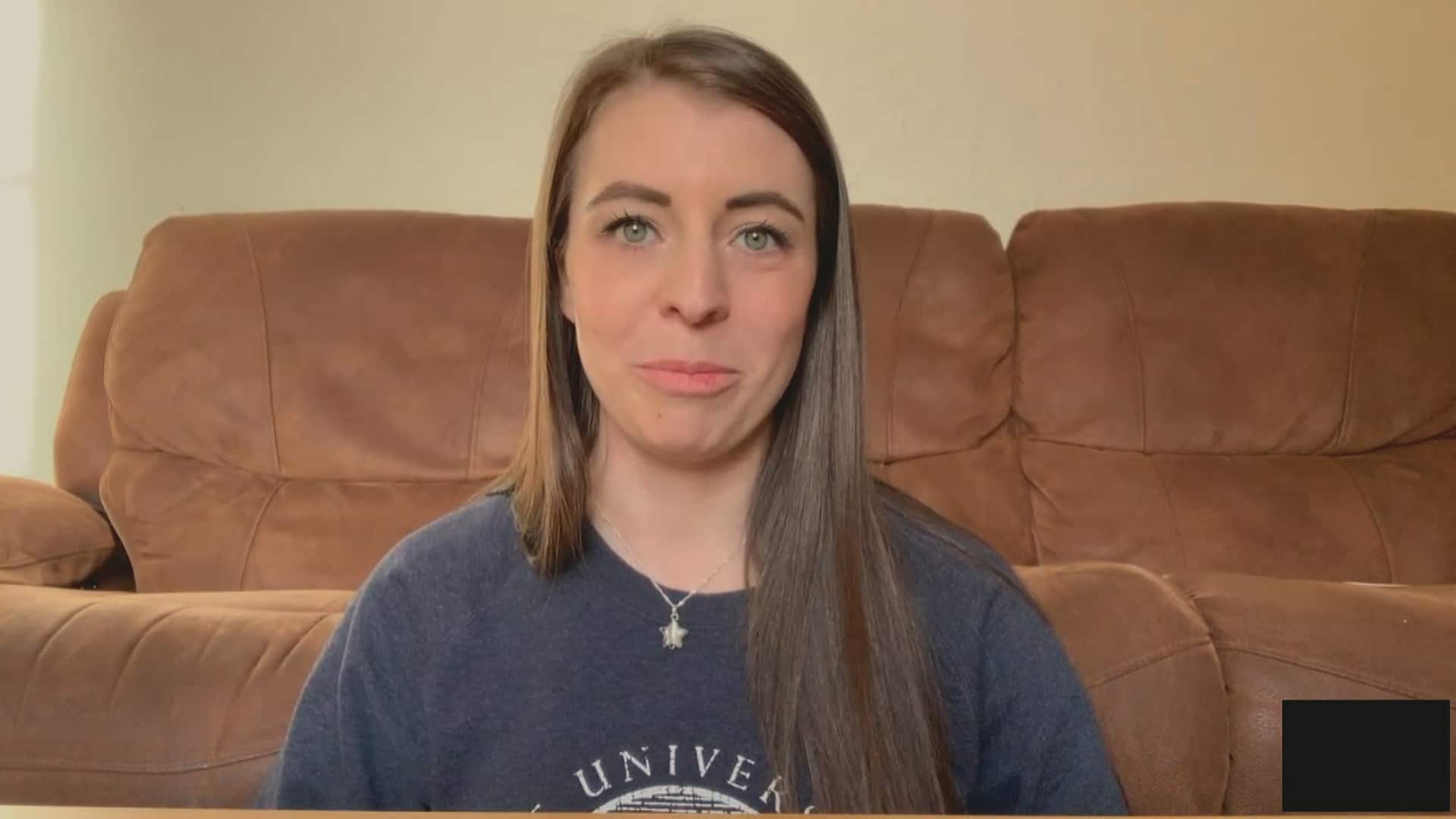 Gabby Boulding, a Canadian student in Edinburgh, is petitioning to exempt students living abroad on visas from hotel costs during quarantine in Canada. Her student visa expires in March, and she says the new travel requirements make returning home difficult to afford. 6:56

LeBlanc said those studying abroad have a “more compelling reason” to travel than those choosing to visit resorts in sunny destinations.

“But these people have an obligation to follow the public health advice that can change without notice,” he said.

Ontario has filled nearly all 625 public health nursing positions in schools, but is …