Like with the final Moto3 pre-season test, Moto2’s final three-days of running ahead of the season had to be moved to Qatar this weekend due to the COVID-19 pandemic having originally been scheduled to take place at Jerez in Spain.

After the first day of running on Friday, Ajo KTM’s new signing Remy Gardner – who has switched from SAG Racing following his breakout race win at the end of last season – sat atop the timesheets with a 1m59.074s.

Gardner was shuffled back to fourth on the combined timesheets coming into the final day, as Petronas Sprinta’s Xavi Vierge moved to the top of the order with a 1m58.832s.

He headed Aspar’s Aron Canet, who was runner-up on the first day also, while fellow Boscoscuro chassis rider (renamed from Speed Up for 2021) Jorge Navarro on the Speed Up-run machine was third.

Due to the sub-optimal track conditions to start with on Sunday, only NTS rookie Barry Baltus ventured out for a lap.

Intact GP’s Marcel Schrotter led the times at the end of the second session, the German heading VR46 rider Marco Bezzecchi and Dixon with a 1m59.485s. 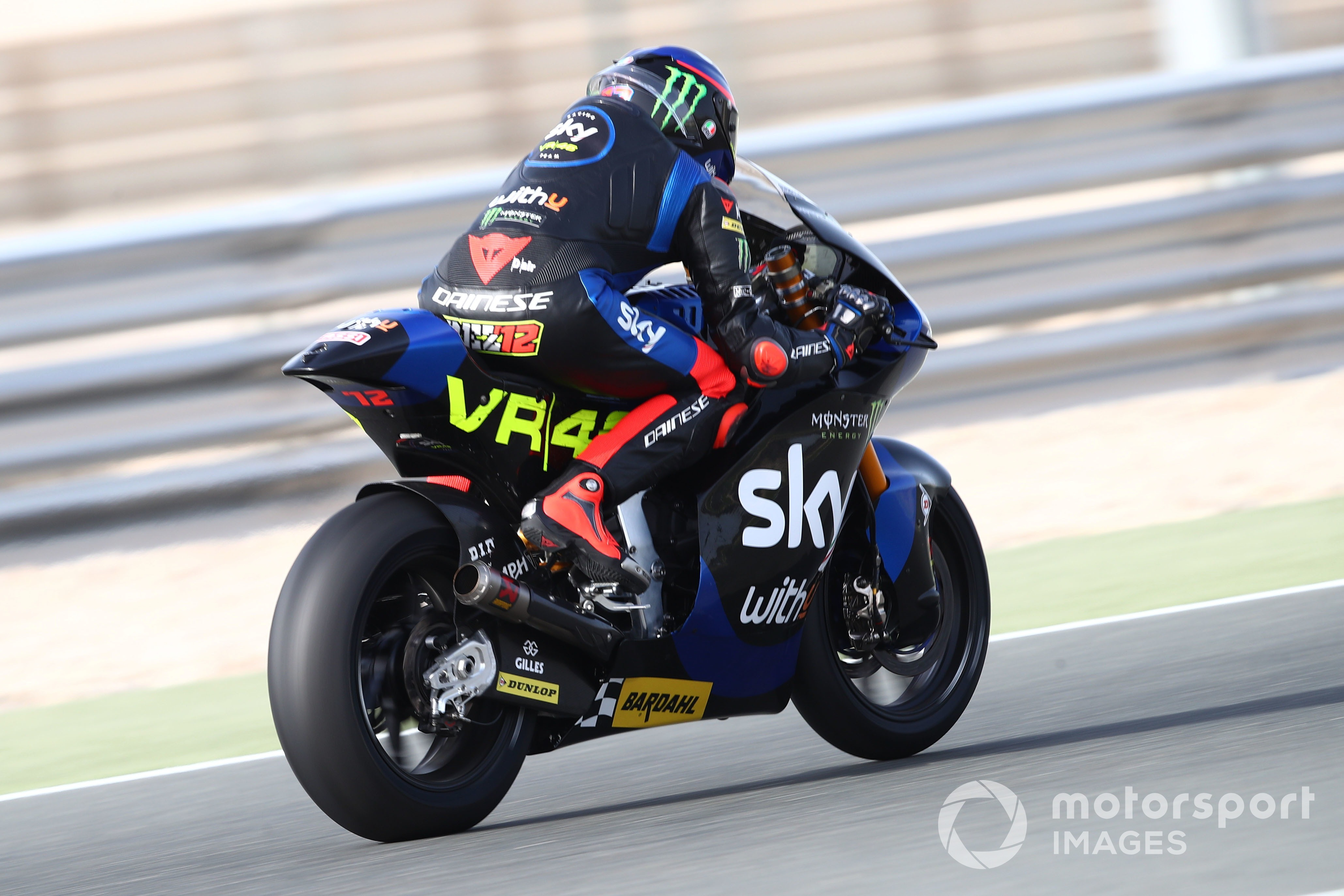 Bezzecchi – who turned down an offer to join Aprilia in MotoGP for 2021 – was the initial pacesetter as the final session got underway, trading top spot with series rookie Raul Fernandez and his Ajo team-mate Gardner.

The VR46 rider’s 1m59.022s benchmark quickly fell to Sam Lowes’ 1m58.805s, with the Marc VDS rider bettering this to a 1m58.665s with around 43 minutes remaining having briefly been deposed by Bezzecchi.

Lowes’ time came under threat from Gardner at the end of the session, but the Australian missed out by 0.048s in third, with Bezzecchi holding second.

Dixon once again showed little sign of struggle with his wrist as he finished up fourth, 0.182s off the pace, and ahead of team-mate Vierge.

Arenas’ team-mate Canet completed the top 10, while there were late improvements for Stefano Manzi on the Pons Kalex and Honda Team Asia rookie Ai Ogura.

Five-time MotoAmerica Superbike champion Cameron Beaubier ended his preparations for his debut Moto2 season and first in grand prix racing since the 2009 125cc world championship in 13th on his American Racing Kalex ahead of fellow American Joe Roberts on the Italtrans Kalex.