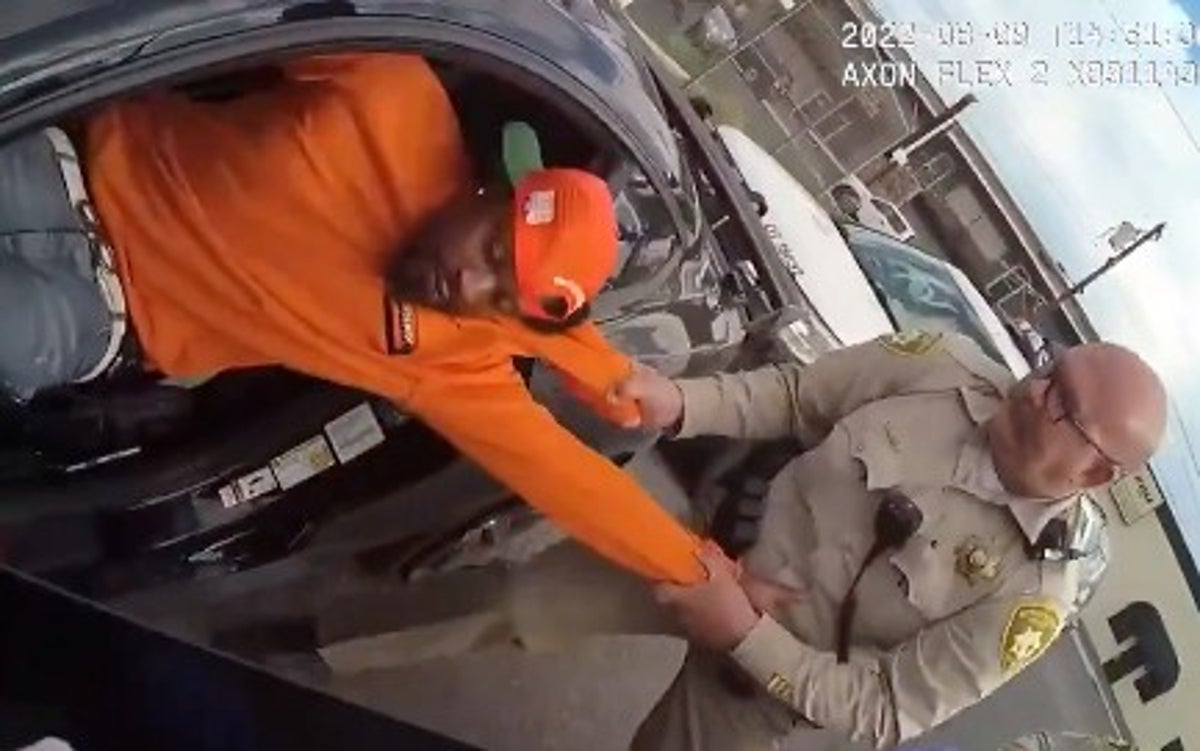 Police have released body camera footage of officers pulling ex-NFL star Marshawn Lynch out of his car as he was arrested for alleged DUI.

The Seattle Seahawks running back is seen arguing with Las Vegas officers in the video before they drag him out of the black sports car, which was missing one of its front tyres.

“I’m just asking what’s the problem?” Lynch asked the officers as they stood around the Shelby GT500 waiting for him to get out voluntarily.

But the officers ran out of patience and warned Lynch that not getting out was itself an arrestable offence.

“Right now, if you don’t get out of the vehicle, you’re going to be charged with obstructing an investigation,” one of the police officers warned him.

“That is a criminal offence and you will go to jail.”

When Lynch remained in the car one of the officers pulled him out and Lynch was handcuffed and arrested on suspicion of DUI.

“Roll over. Hands behind your back. No more games today,” an officer told him.

Officers can be heard on the video saying that Lynch smelled of alcohol.

Police say that Lynch was also cited for a failure to refuse/surrender, a failure to drive in a travel lane, and driving an unregistered vehicle.

His bail was reportedly set at $3,381 and Lynch is due in Las Vegas Municipal Court on 7 December.

The arrest report said Lynch, 36, was uncooperative with officers and fell asleep several times during questioning. Jail officers “had to use a restraint chair to force a blood draw” after a judge issued a warrant, the report said.

Lawyers for Lynch have said that as the car “was safely parked” they are “confident that when all evidence is presented, this will not be a DUI under Nevada law.”

Eco-friendly sound-proofing made from seaweed

House of the Dragon, episode 7, “Driftmark” passes enmity from parents to children

Inside ERs at a breaking point, staff provide care while…