Corvette Racing is gunning for its 12th victory in an event it has not conquered since 2017 – although it did win the Cadillac Grand Prix held here last year.

Tandy, who won the last three 12 Hours for Porsche, believes the mid-engined C8.R seems very capable over the arduous and severe bumps around the 3.74-mile 17-turn Sebring International Raceway.

Following opening practice, Tandy, who shares the #4 Corvette with Tommy Milner full-time, and Alexander Sims in endurance races, commented: “We tested here a couple of weeks ago after Daytona. It was a good test. The car feels very suited to this style of racetrack.

“The C8.R, with the development that happened over the course of last year and the winter, seems like a pretty tough car.

“It has good downforce, so it handles the bumps at Sebring well, so it feels good to drive. It’s different to what I’ve been used to at Sebring, but we have done a couple of tests here since the end of last season.

“Tommy drove most of the session this morning and Alexander turned some laps toward the end; Tommy says the car feels good.

“Obviously the track changes a lot here at Sebring from week to week, let alone year to year. Getting the cars dialled in and the right tire choice selected for the track conditions is part of the challenge of the 12 Hours.

“I’ve been able to win here the last three years luckily enough, and the previous three were taken by Corvette Racing. We’re hoping to keep that streak going for the pair of us!” 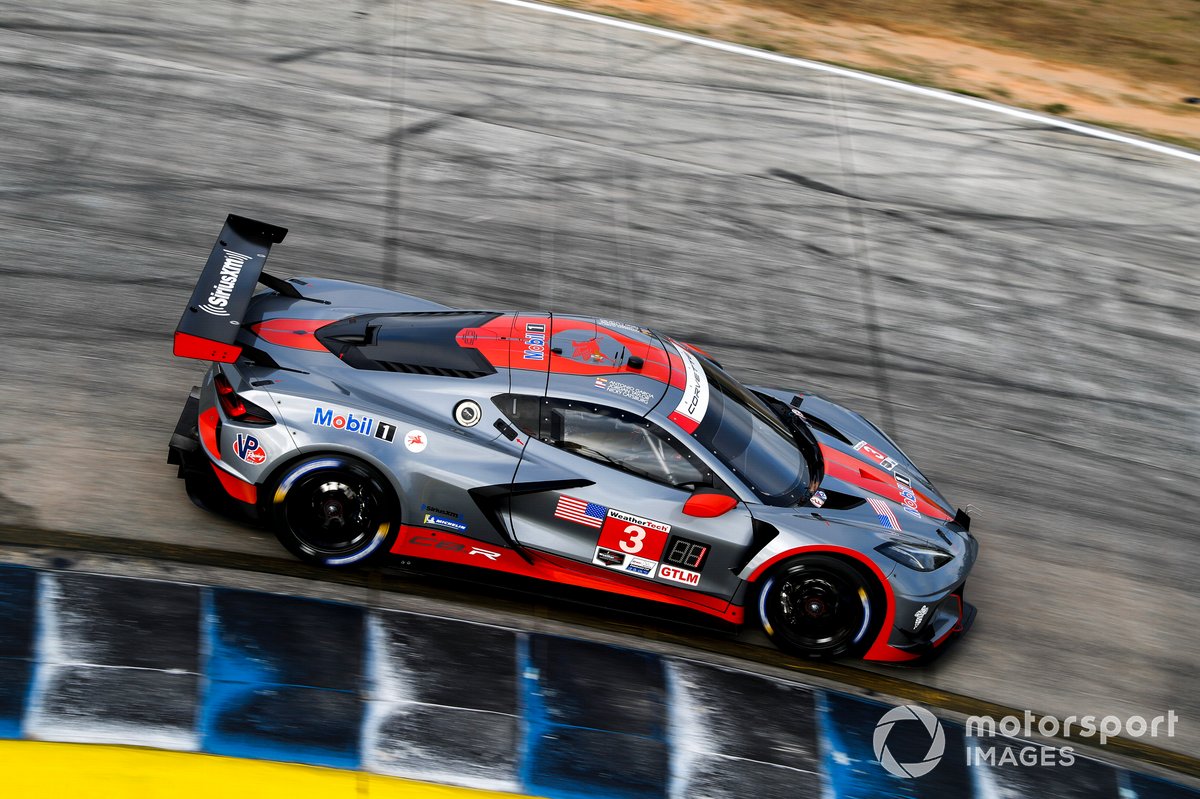 Jordan Taylor, who joined the team full-time just over a year ago and promptly won the championship in with Antonio Garcia in the C8.R, said he felt the same way in the #3 car after topping initial practice by over half a second.

“We did a test here last month, coming off last year where we raced here twice and had some good success,” he said.

“We had some stuff we wanted to work on and felt like we learned some stuff during that day and rolled off the truck well today.

“There are still some things work on and things to understand about tire life for the weekend, which we will do later today.”

Taylor also made positive comments about the one-off livery that the Corvettes are running this weekend to celebrate the team’s 25-year-involvement with Mobil 1.

Both cars are predominantly silver, with red trim (#3) and white trim (#4) – temporarily ditching the traditional yellow of Corvette Racing.

“Racecars are iconic with their look. You can look at the history of Corvette Racing, and it’s been predominantly yellow.

“[But] those one-off and unique paint schemes are just as famous because it’s so rare that Corvette changes its colour.

“For us to do a one-off livery like this shows how much the Mobil 1 relationship means to the team.”