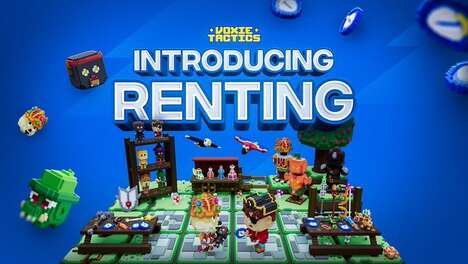 Dec 1, 2022
Voxie Tactics, a tactile role-playing game built on blockchain, has announced the launch of an all-new renting feature that has been designed to provide Voxie players the opportunity to generate passive income. The income earned will, of course, be in the form of VOXEL tokens, as well as one-off NFT rewards.

The new renting feature is set to be released on the Voxie Marketplace on October 14. With the new feature, players will have the chance to rent and try out NFTs and other in-game items without needing to purchase them fully. The rental agreements will be set up so that the owners of the NFTs will receive a whopping 96% of the profits; the other 4% will go to AlwaysGeeky Games, the developer of Voxie Tactics.

‘They teach you’: The art of falconry soars in Italy

More than 2,000 wild species face a high risk of being wiped out in Canada, report…