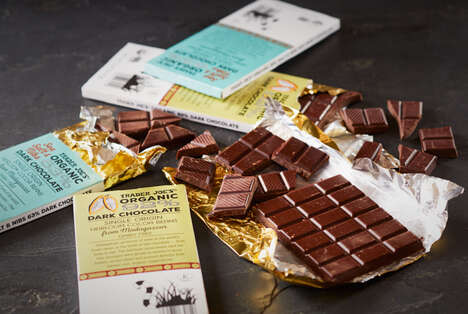 Jan 30, 2023
Trader Joe’s is once again expanding its chocolate bar lineup with the debut of new Organic Dark Chocolate Bars from Madagascar.

Though Madagascar is probably best known for its wildlife, the island nation is also known for having some of the world’s best cocoa beans. Trader Joe’s new Organic Dark Chocolate Bars are made from organic, heirloom, cacao beans straight from Madagascar. The bars are produced by a true bean-to-bar chocolatier who starts with organic, single-origin cocoa beans that are grown by farmer-run cooperatives in the remote forests of Madagascar. The bars are also made in a dairy-free factory. From this new lineup, customers can choose between the new Organic 92% Dark Chocolate Bar and the Organic Sea Salt & Nibs 63% Dark Chocolate Bar.

UK weather: Blast of warmth set to sweep in during week as temperatures double