It’s Been a Very Bad Month for Indian Billionaires

Patricia Edwards of Toronto wanted to help her two adult daughters when they fell behind on bill payments at the rented townhouse they share.

She has few assets and a poor credit history, but she was employed at the time, so she went to a payday lender — not for a payday loan, but for an ongoing line of credit.

“I was like, OK, let’s see if I qualify for the loan because I’m working.”

Edwards, 53, was able to borrow $1,500 early in 2019 from Cash Money. But then she lost her job, and in 2020 came the pandemic. She’s had to refinance the loan twice, and went to another lender, Money Mart, for an instalment loan that could be repaid over two years. 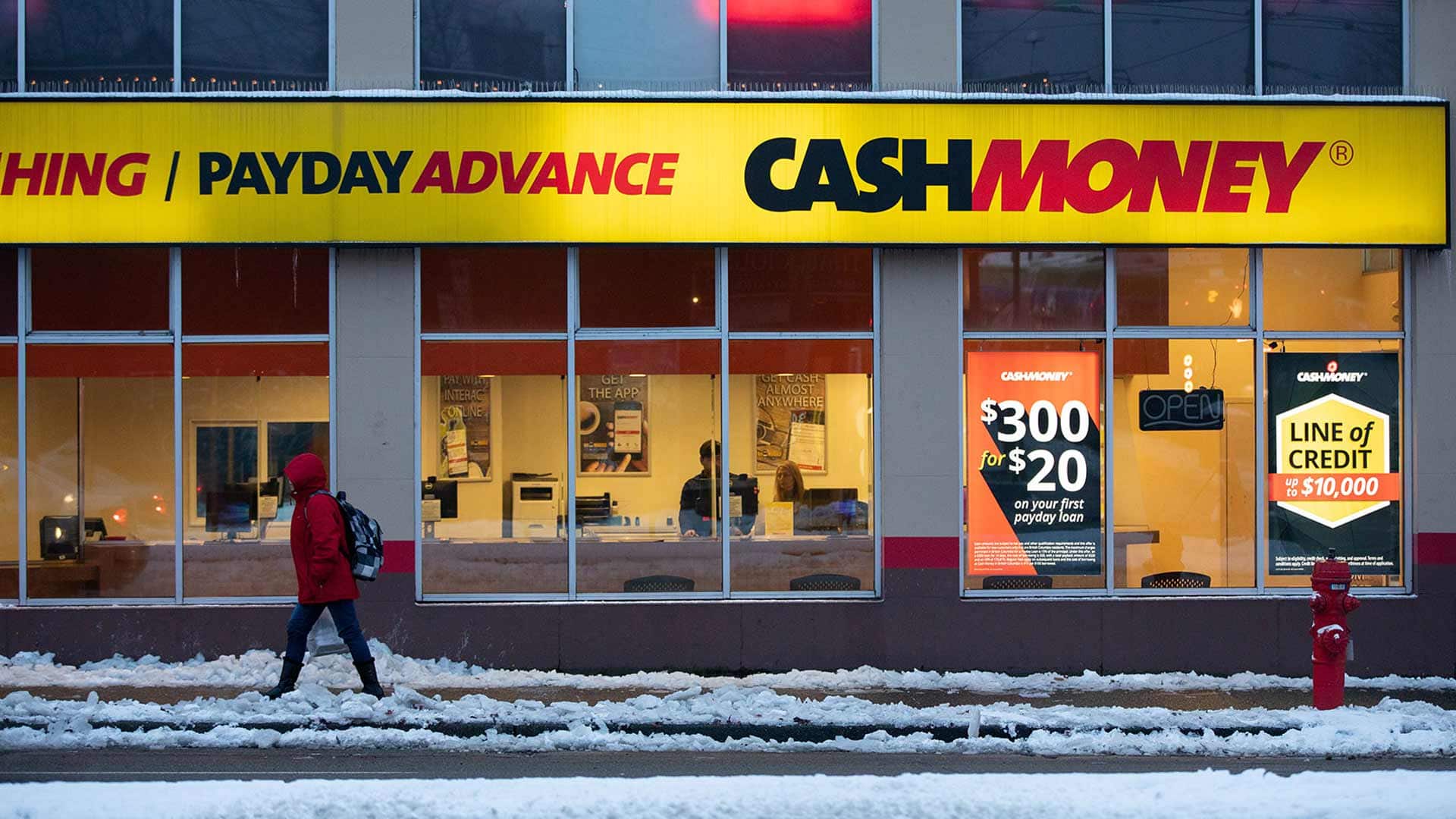 Pressure is mounting on the federal government to cap interest rates on payday money lenders, which can charge nearly 50 per cent interest. Advocates say it’s often the most financially vulnerable using them and the pandemic economy has made things worse. 2:04

Her predicament, and that of many other Canadians like her, has a chorus of voices calling for industry reform. Activist groups, elected officials and even some smaller lending companies say financially vulnerable people are too often lured by payday lenders’ low bi-monthly payments on longer-term loans without realizing how the costs will add up.

Payday lenders argue that’s exactly why their services are essential. They provide money to people in need who otherwise would be unable to borrow.

In a statement to CBC News, the Canadian Consumer Finance Association, which represents close to 1,000 high-interest lenders across the country, said unsecured loans are expensive to provide, and that its members’ interest rates are government-approved.

“Our members are highly regulated and licensed under provincial legislation across Canada,” the statement says. It also notes that “for reasons of risk, the lower the borrower’s credit score the higher the interest rate.”

Patrick Mohan runs Money Direct, a payday lending firm with nine locations in Ontario and Nova Scotia, but he is critical of the larger chains. He started a different organization in 2008 to represent operators closer to his company’s size, the Independent Payday Loan Association of Canada. He said the group is made up of 50 small “mom and pop” lenders who don’t offer long-term loans or lines of credit.

The member companies cash cheques and sell Western Union money transfers, but in terms of lending, only provide short-term payday loans, which are meant to give a consumer the funds necessary to make ends meet just until their next paycheque arrives. Borrowers pay $15 every two weeks for each $100 borrowed, and he says most pay off their loans promptly.

Mohan said larger chains such as Money Mart, easyfinancial, Cash 4 You and Cash Money started to offer a wider range of financial products, including long-term, high-interest loans and lines of credit, after several Canadian provinces began to crack down on payday lending in 2016, limiting the fees charged. Alberta lowered the fee from $23 to $15 every two weeks, while Ontario cut it from $21 to $15.

“They saw what was coming, then they started pushing the lines of credit and instalment loans,” he said. “They figured, ‘Keep it under 60 per cent and then we don’t have to worry about feds coming after us.'”

An interest rate of 60 per cent is the threshold specified in Canada’s Criminal Code as illegal.

Acorn Canada, a national organization that advocates for low-income people, has taken aim at large payday lenders, organizing protests across the country and calling on the federal government to take action.

“A lot of people are using or taking these loans to buy food, to pay their rent,” she said. “And especially now with COVID, it’s even worse.”

Instalment loans, where regular repayments are scheduled over a number of years, were the fastest growing segment of lending among payday companies, according to the results of a limited online survey conducted by Acorn in February. It found that the number of survey respondents who reported taking instalment loans had jumped from 11 per cent in 2016 to 45 per cent in 2020.

“People are losing their jobs, so they’re desperate for money,” said Borden.

The Canadian Consumer Finance Association disputes that their loan portfolios are growing.

“There has been a significant and sustained drop in the number of loans taken out by Canadians,” the CCFA said in its statement to CBC News.

It pointed to government support programs and a “lack of spending during the lockdowns” as the causes.

“We’re still down 35 to 40 per cent,” he said, referring to the level of demand he sees. “Things are coming back a little bit, but people aren’t spending as much and they don’t need to borrow.”

Independent Sen. Pierrette Ringuette of New Brunswick has sponsored two bills to have the Criminal Code amended to lower the maximum interest rate that lenders can legally charge from 60 to 20 per cent plus the overnight bank rate. Neither bill moved forward due to prorogations and election calls, but Ringuette said she intends to sponsor another one.

“Canada is like a gold mine to these institutions because of the current state of legislation we have in place,” she said.

She said a number of American states have put a lower cap on interest rates charged by payday lenders, yet they continue to be profitable.

“If they can serve in the U.S. states where, on average, you would have a 10, 12 or 15 per cent capped interest rate, they can serve Canadians at 20 per cent very well,” she said.

But Ringuette said it can take years to get bills through the Senate and then more time to have them passed into law. She said the Trudeau government could take action much more quickly, perhaps even announcing a crackdown in the upcoming federal budget expected in April.

Trying to escape the debt trap

Patricia Edwards said she worries she may never escape her debt trap. She is left searching for a solution. For example, though it’s not an option in her case, she has even thought about how credit card borrowing could help solve her 47 per cent interest rate problem.

Many consumers complain credit card rates are far too high, but compared to what payday lenders charge on some of their products, those rates could look like a bargain.

One year later, COVID-19 has left no part of Alberta untouched