As Autosport launches the latest episode in its Race of My Life podcast series, we look back to the 1990 edition of the Le Mans 24 Hours, which is Anthony Reid’s pick as the greatest drive of his racing career

It all started with a call from Tiff Needell a couple of weeks before the race. He, David Sears and Derek Bell were the drivers for Alpha Racing Team at Le Mans, but when Derek was called up to race the ‘works’ Joest Porsche there was a spare seat in Alpha’s 962.

I’d been racing a Porsche for the Swedish Convector team in world sports cars, but they weren’t doing Le Mans, so I jumped at the chance to make my debut there, especially as they told me the going rate was £12,000, and I’d never been paid to race before.

The team came over from Japan with 30 people and one car, which was fabulous looking, with a big red Japanese meatball on the front. I got on with the team and, knowing Tiff and David already, we gelled pretty quickly. 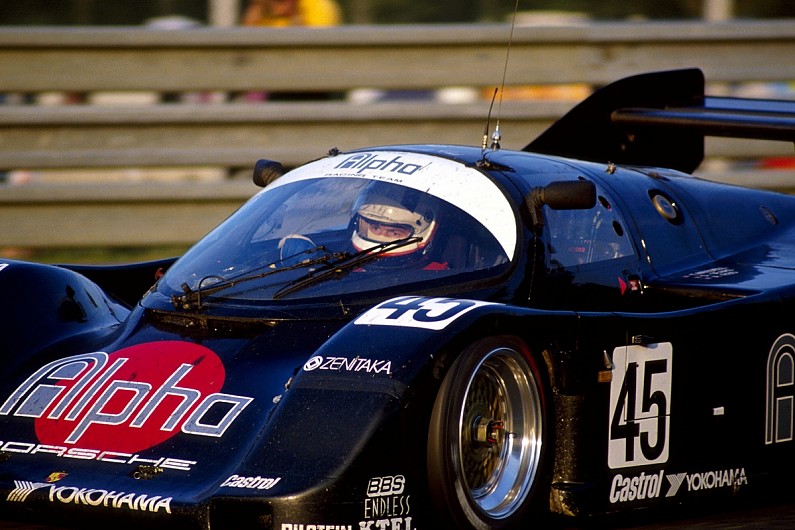 It was the first year of the chicanes on the Mulsanne Straight, and it played into our hands. Most of the cars had the downforce stripped down for straightline speed, but we put more wing on, and it made the car quicker over the lap. We still got up to around 225mph though – and I hadn’t driven anything more powerful than a Formula 3 car until that year.

We didn’t qualify well, but Tiff started smoothly and, once we’d all had a stint, we became pretty settled and began using our tyres very well. By the time it got dark we had just crept into the top 10, and as the night went on and people started crashing and having failures, we moved into the top six, and then fifth and fourth by the time the sun came up.

During the last few hours, we closed on the third-placed Jaguar of Jan Lammers/Andy Wallace/Franz Konrad and got down to two laps behind them. Then suddenly, with 20 minutes left the Walter Brun Porsche, which had been a strong second, stopped out on the circuit. We moved up to third, which was where Tiff finished. Incredible! 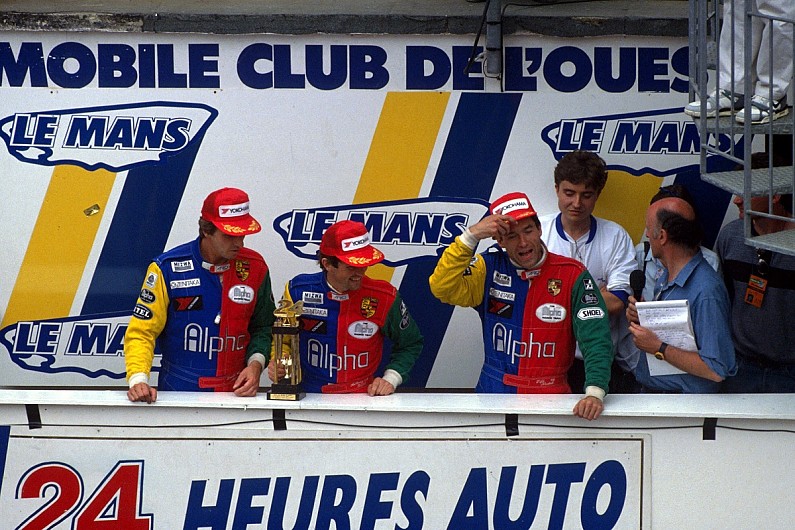 I think that we could have saved ourselves about three laps if we’d had more of the softer tyres, which were being held back for the bigger teams, and that would have got us second, perhaps. We even thought there was a chance to win when the cars started stopping during the night.

That was the turning point in my career, because Alpha took me back to Japan to do the Group C series over there, which was where I really began my life as a professional driver.

Everything I have done since has been a result of Le Mans in 1990.

‘It’s my responsibility’ to drive change after Floyd’s death