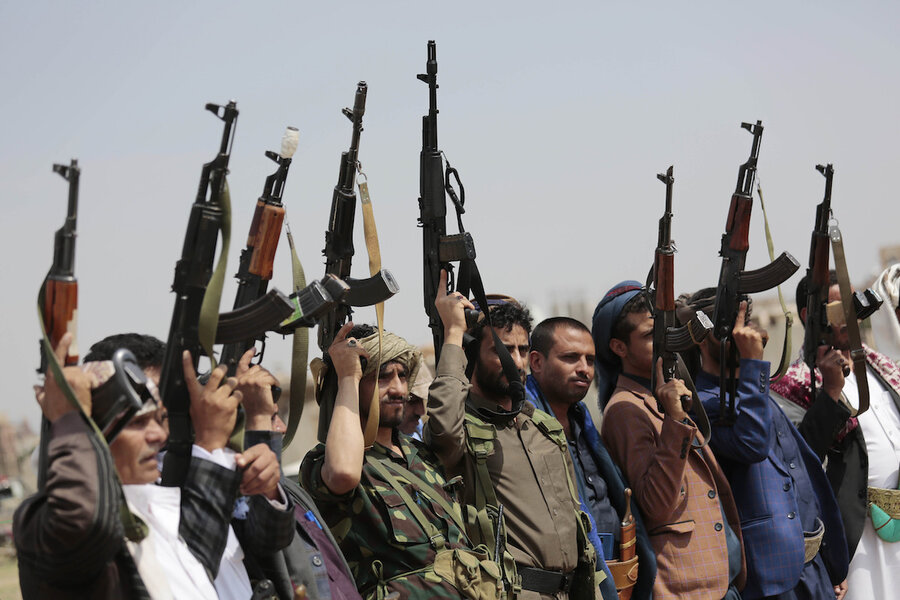 Saudi Arabia announced a plan Monday to offer Yemen’s Houthi rebels a cease-fire in the country’s years-long war and allow a major airport to reopen in its capital, the kingdom’s latest attempt to halt fighting that has sparked the world’s worst humanitarian crisis in the Arab world’s poorest nation.

The move by Saudi Arabia comes after Yemen’s Houthi rebels stepped up a campaign of drone and missile attacks targeting the kingdom’s oil sites, briefly shaking global energy prices amid the coronavirus pandemic. It also comes as Riyadh tries to rehabilitate its image with the United States under President Joe Biden. Saudi Arabia has waged a war that saw it internationally criticized for airstrikes killing civilians and embargoes exacerbating hunger in a nation on the brink of famine.

Whether such a plan will take hold remains another question. A unilaterally declared Saudi cease-fire collapsed last year. Fighting rages around the crucial city of Marib and the Saudi-led coalition launched airstrikes as recently as Sunday targeting Yemen’s capital, Sanaa. A United Nations mission said another suspected airstrike hit a food-production company in the port city of Hodeida.

“It is up to the Houthis now,” Saudi Foreign Minister Prince Faisal bin Farhan told journalists in a televised news conference in Riyadh. “The Houthis must decide whether to put their interests first or Iran’s interests first.”

A senior Houthi official, who spoke with The Associated Press on condition of anonymity, under regulations, said the rebels had been aware of the proposal and in direct communication with the Saudis, as well as Omani interlocutors. However, he said the Saudis needed to do more to see a cease-fire implemented.

Saudi Arabia said the plan would be presented both to the Houthis and Yemen’s internationally recognized government later Monday. Both would need to accept the plan for it to move forward, with any timeline likely to be set by U.N. Special Envoy to Yemen Martin Griffiths.

Saudi Arabia made two concessions to the Houthis in the plan, while not offering everything the rebels previously wanted. The first involves reopening Sanaa International Airport, a vital link for Yemen to the outside world that hasn’t seen regular commercial flights since 2015. Officials did not immediately identify what commercial routes they wanted to see resume.

The second would see taxes, customs, and other fees generated by Yemen’s Hodeida port while importing oil put into a joint account of Yemen’s Central Bank. That money would be accessible to the Houthis and Yemen’s recognized government to pay civil servants and fund other programs, officials said.

The Saudi government and the Yemeni government they back have accused the Houthis of stealing those funds in the past. A U.N. panel of experts’ report this year said the Houthis “diverted” some $200 million from that fund.

“Only a small portion of the funds were used to pay salaries,” the report said.

Whether the Houthis accept the Saudi proposal remains in question. On Friday, Houthi leader Mohammed Ali al-Houthi proposed a nationwide cease-fire contingent upon Saudi Arabia reopening Sanaa’s airport to commercial flights and lifting restrictions on cargo shipments to Hodeida. The port there handles the majority of the country’s vital imports. Both are long-standing demands of the Houthis, who swept into Sanaa from their northwestern strongholds in September 2014.

“There is nothing new about the Saudi initiative,” another senior Houthi official told the AP. “First, the airport and the port must both be opened.”

A Saudi-led coalition entered Yemen’s war in March 2015 as the Houthis threatened to take Yemen’s port city of Aden and completely overrun the country’s internationally recognized government. The Saudis promised the offensive – the brainchild of Crown Prince Mohammed bin Salman – would be over in short order.

Six years later, the fighting rages on. The war has killed some 130,000 people, including over 13,000 civilians slain in targeted attacks, according to the Armed Conflict Location & Event Data Project. Tens of thousands of children have died of starvation and disease. Just last week, Mr. Griffiths warned that “the war is back in full force.”

Yemen’s internationally recognized government praised the Saudi initiative as an effort to “ease the suffering of the Yemeni people.” But in a statement, its Foreign Affairs Ministry also warned that the Houthis had “met all previous initiatives with obstinacy” and had “worked to deepen the humanitarian crisis.”

Since Mr. Biden took office, his administration reversed a decision by President Donald Trump naming the Houthis as a foreign terrorist organization, allowing American aid to flow into rebel-held territory. He also curtailed U.S. support for the Saudis in the war.

Mr. Biden sent the U.S. envoy for Yemen, Tim Lenderking, to the region to negotiate a political settlement. Mr. Lenderking said earlier this month that the Houthis had an unspecified cease-fire proposal before them for a “number of days,” without elaborating. He reportedly met with Houthi officials while on a February trip to Oman, something the State Department has declined to acknowledge.

In a statement, U.S. Secretary of State Antony Blinken said he had spoken to the Saudi foreign minister about the war in Yemen.

Mr. Blinken supports efforts “to end the conflict in Yemen, starting with the need for all parties to commit to a cease-fire and facilitate the delivery of humanitarian aid,” the statement said.

This story was reported by The Associated Press. AP writers Ahmed al-Haj in Sanaa, Yemen, and Matthew Lee in Washington contributed to this report.

Why you should book your summer vacation now