Should I be worried about the AstraZeneca-Oxford vaccine? Your COVID-19 questions ans…

As Canada announced it is recommending the use of the AstraZeneca-Oxford COVID-19 vaccine for those 65 and older, some countries overseas are suspending its use over safety concerns.

More than a dozen countries in the European Union — including its largest members Germany, France and Italy — have halted AstraZeneca inoculations pending the outcome of an investigation by the European Medicines Agency into isolated cases of bleeding, blood clots and low platelet counts.

Non-EU countries, such as Indonesia and Congo, have also suspended use of the vaccine.

With such divergent guidance on the vaccine, many are asking if it’s safe.

Here’s what you need to know.

How many people have been affected?

Out of the approximately five million European residents who have received AstraZeneca’s shot, about 30 have experienced “thromboembolic events” — clots forming in blood vessels — and a very small number of deaths have been reported.

Denmark was the first country to halt its use of the AstraZeneca vaccine last week after reports of blood clots in some people, including one person who developed multiple clots and died 10 days after receiving at least one dose.

Danish health authorities said the suspension would last for at least two weeks while the cases were investigated, even as they noted that “it cannot be concluded whether there is a link between the vaccine and the blood clots.”

Norway soon followed suit after authorities reported that four people under the age of 50 who had gotten the AstraZeneca vaccine had an unusually low number of blood platelets, which could lead to severe bleeding.

In Britain, where 11 million doses of the AstraZeneca vaccine have been administered — more than any other country — there have been reports of about 11 people who developed blood clots after getting a shot.

Is there proof the vaccine is responsible?

The European Medicines Agency (EMA) says there is “no indication that vaccination has caused these conditions.”

The EU regulator said its investigation was continuing and was conducting a “rigorous analysis” of all data, adding that while its review was ongoing, the benefits of the AstraZeneca vaccine outweighed the potential side-effects. 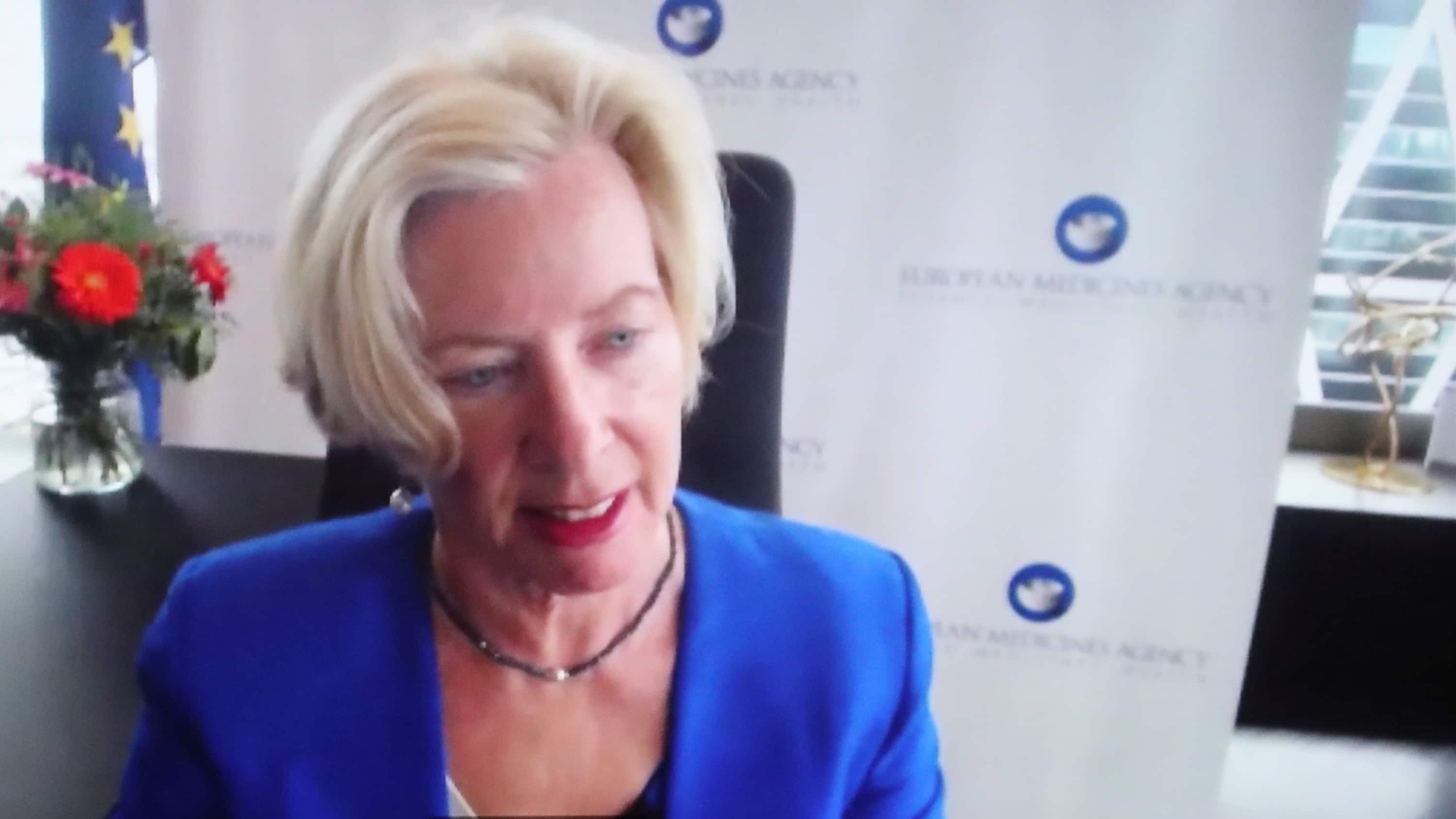 The European Medicines Agency is investigating whether there is a causal link between AstraZeneca’s COVID-19 vaccine and a small number of instances of blood clots. But at this point, it believes the vaccine is safe. 1:31

EMA executive director Emer Cooke said it was carrying out a case-by-case evaluationof incidents and was expected to complete a review on Thursday.

AstraZeneca Plc on Sunday said it had conducted a review of people vaccinated with its COVID-19 vaccine, and no evidence has been found of an increased risk of blood clots. The review covered more than 17 million people vaccinated in the European Union and United Kingdom.

The World Health Organization (WHO) and EMA have joined AstraZeneca in saying there is no proven link.

If not the vaccine, what else could be the cause?

Some doctors pointed out that since vaccination campaigns started by giving doses to the most vulnerable people, those now being immunized are more likely to already have health problems.

Others, such as Dr. Lynora Saxinger — an infectious disease expert at the University of Alberta in Edmonton — said cases of adverse effects are increasing because so many people are now getting vaccinated.

Saxinger also noted that blood clots are fairly common, so investigators will look at overall numbers of people who received the AstraZeneca vaccine compared with those who reported the condition.

“There’s so many people receiving vaccines daily that any health event that happens to anyone around the time they get their shot may or may not be related,” Saxinger told The Canadian Press.

Why did countries stop using the vaccine?

Any time vaccines are rolled out widely, scientists expect some serious health issues and deaths to be reported — simply because millions of people are receiving the shots, and problems would be expected to occur randomly in a group so large.

The vast majority of these end up not being connected to the vaccine, but because COVID-19 vaccines are still experimental and there is no long-term data, scientists must investigate every possibility that the shot could have unforeseen side-effects. 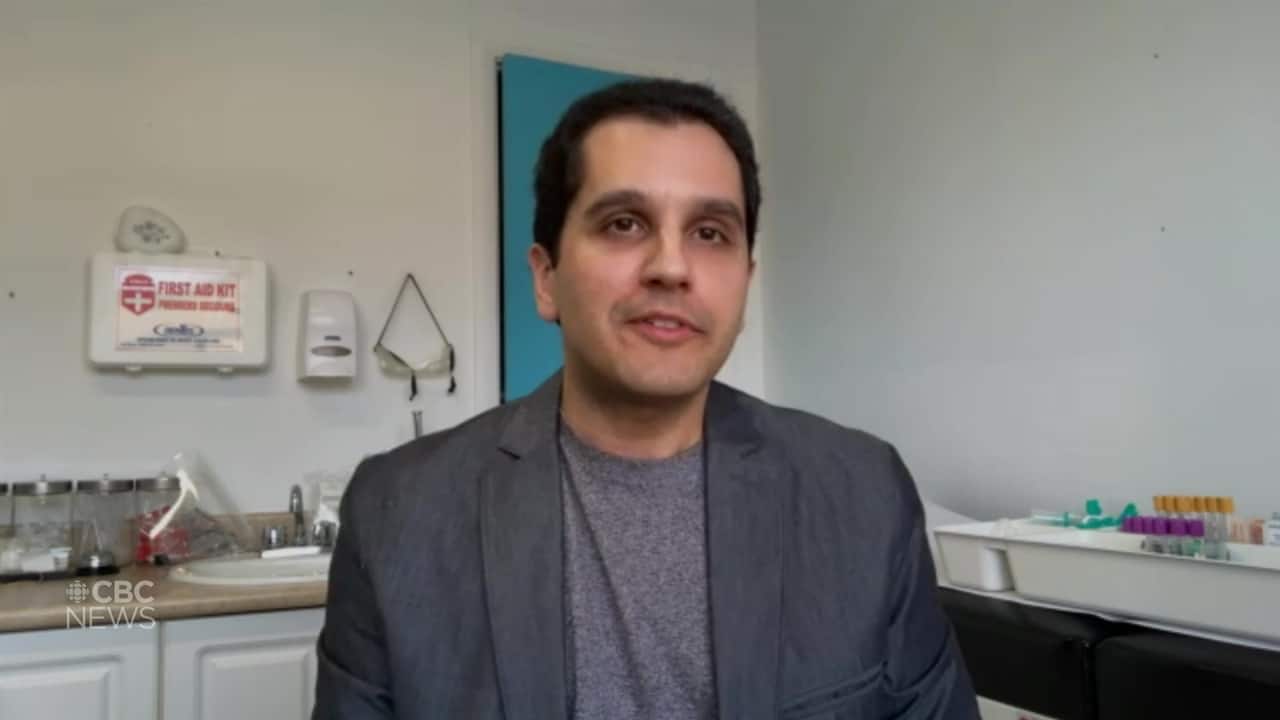 Despite millions of AstraZeneca-Oxford COVID-19 vaccinations in Europe, there is no evidence of harm from the doses there, says Dr. Christopher Labos, a cardiologist with a degree in epidemiology. 6:01

Governments say they acted out of an abundance of caution when suspending the use of the AstraZeneca vaccine, with German Health Minister Jens Spahn stating on Monday that the decision was not political but based on expert advice.

WHO’s chief scientist, Dr. Soumya Swaminathan, said officials at the United Nations health agency “don’t want people to panic” amid the reports. She noted that of the 300 million doses of coronavirus vaccines that have been given to people globally, “there is no documented death that has been linked to a COVID vaccine.”

Should Canadians be worried?

Prime Minister Justin Trudeau said the AstraZeneca-Oxford COVID-19 vaccine is safe, and Canadians should have no concerns about receiving it. Regulators are “following what has been happening with a specific batch used in Europe,” he said.

Some vaccinologists point to a possible contamination of a certain batch of the vaccine as a potential explanation for the blood clots, but Trudeau said that none of the AstraZeneca doses deployed in Canada have come from the batch that’s under scrutiny in Europe. 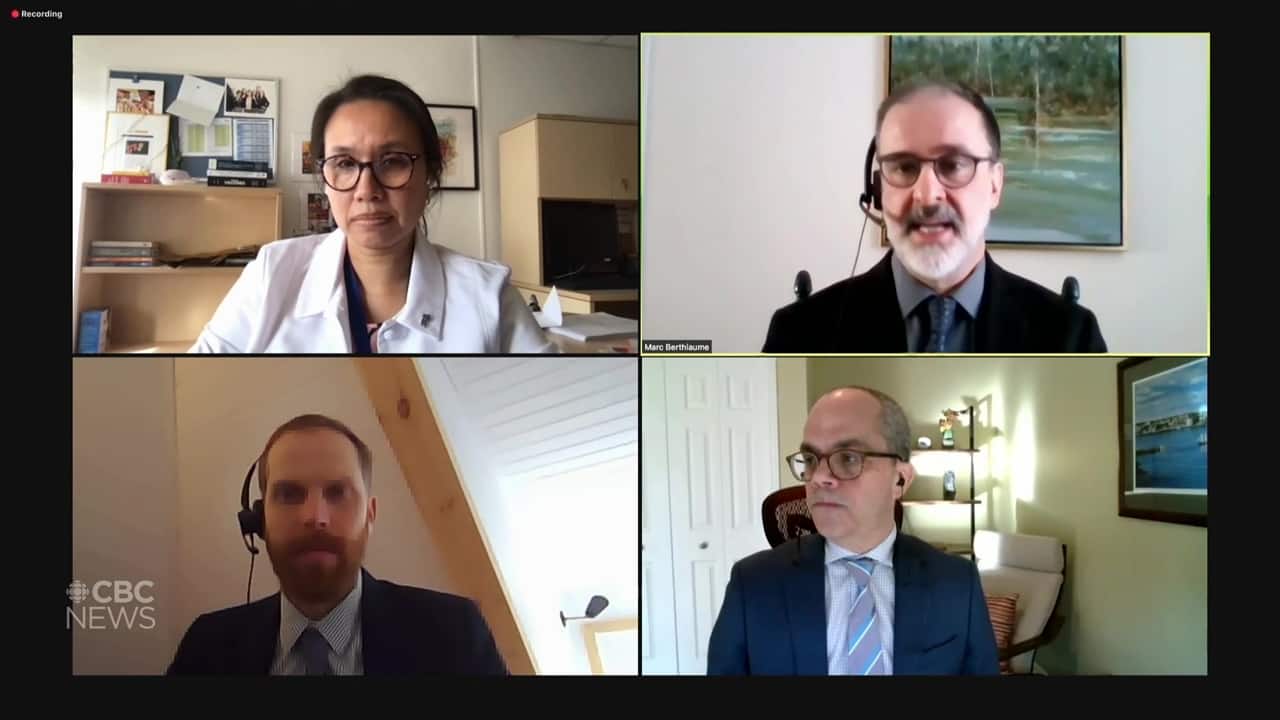 Marc Berthiaume, director of the bureau of medical sciences at Health Canada, says the department is monitoring Europe’s investigation into adverse effects experienced by some people after receiving the AstraZeneca vaccine. 1:54

All of Canada’s current supply is manufactured by the Serum Institute of India, which secured separate regulatory approvals from Health Canada.

That version, which is biologically identical to the AstraZeneca shot but is manufactured under different conditions, has been branded “Covishield.”

Health Canada, which approved AstraZeneca for use on Feb. 23, said there is “no indication” the vaccine causes blood clots, and no adverse events from AstraZeneca doses have been reported in Canada so far.

Are there concerns with other vaccines?

The EMA is currently examining whether COVID-19 shots made by Pfizer-BioNTech, Moderna Inc. and AstraZeneca might be causing low levels of blood platelets in some patients, a condition that could lead to bruising and bleeding.

Data from Health Canada shows 0.085 per cent of doses administered in the country from mid-December to March 5 resulted in an adverse reaction, with 0.009 per cent considered serious. Pain, redness and swelling at the vaccination site were the most common effects.

Most of those doses would have been mRNA vaccines (such as Pfizer and Moderna), which are generally eliciting stronger reactions than the viral vector jabs (such as AstraZeneca).

Additionally, experts say that side-effects from vaccines may actually be a sign that they’re working.

“If you have a vaccine that doesn’t produce a reaction in people, the resulting immune response is weaker,” Earl Brown, a microbiologist at the University of Ottawa, said in an interview with The Canadian Press.

Brown said vaccines work by stimulating our immune cells to grow and communicate with each other, giving directions on where to set up for an impending attack by the virus. That results in inflammation, with some of those cells travelling to lymph nodes and causing swelling.