Canada’s National Advisory Committee on Immunization (NACI) now says the maximum interval between the first and second doses of all three COVID-19 vaccines approved for use in Canada should increase to four months in order to boost the number of Canadians being vaccinated.

For the Pfizer-BioNTech vaccine, that means going from a three week interval to a full four months.

“NACI recommends that in the context of limited COVID-19 vaccine supply, jurisdictions should maximize the number of individuals benefiting from the first dose of vaccine by extending the second dose of COVID-19 vaccine up to four months after the first,” the committee said in a statement.

Since first doses of all three vaccines have been shown to dramatically increase immunity to the disease, or to significantly reduce the illness associated with contracting COVID-19, the committee said stretching the interval would help protect more Canadians sooner.

NACI said that it reviewed evidence from two clinical trials that looked at how effective the Pfizer-BioNTech and Moderna vaccines were after a single dose.

Outside of clinical trials, NACI looked at the effectiveness of a single shot of these two vaccines in the populations of Quebec, British Columbia, Israel, the United Kingdom and the United States.

NACI said that analysis showed the effectiveness of a single dose of the Pfizer-BioNTech or Moderna vaccine was between 70 per cent and 80 per cent among health care workers, long-term care residents, elderly populations and the general public.

“While this is somewhat lower than the efficacy demonstrated after one dose in clinical trials, it is important to note that vaccine effectiveness in a general population setting is typically lower than efficacy from the controlled setting of a clinical trial, and this is expected to be the case after series completion as well,” NACI said.

The committee said that published data from an AstraZeneca clinical trial indicated that delaying the second dose 12 weeks or more provided better protections against symptomatic disease compared to shorter intervals between doses.

Earlier this week, before NACI changed its interval advice, B.C.’s Provincial Health Officer Dr. Bonnie Henry announced that the province would be extending the interval between doses of the Moderna, Pfizer and Oxford-AstraZeneca vaccines to 16 weeks.

Henry said data from the B.C. Centre for Disease Control and countries around the world showed a “miraculous” protection level of at least 90 per cent from the first dose of the Moderna or the Pfizer-BioNTech vaccine.

The head of Moderna’s Canadian operations, Patricia Gauthier, said Monday that the company’s own trials, and the conditions under which the vaccine was approved by Health Canada, are tied to a four-week interval.

“That being said, we’re in times of pandemic and we can understand that there are difficult decisions to be made,” Gauthier said. “This then becomes a government decision. We stand by the product monograph approved by Health Canada, but governments … can make their own decisions.”

Gauthier said she was not aware of any studies done or led by Moderna on what happens when the interval between the first and second doses is changed from four weeks to four months.

‘We have to do it safely and watch carefully’

Dr. David Naylor, who has been named to a federal task force charged with planning a national campaign to see how far the virus has spread, said the data have been “very encouraging.”

“The evidence is there for the concept of further delay,” Naylor told CBC News Network’s Power & Politics today. “We [had] trial data from earlier showing that going out from 90 days, a single dose of the AstraZeneca vaccine is effective. So things are triangulating.”

He said health officials need to pay close attention to the data coming out of other countries to determine if the protection provided by the first dose remains strong four months after it was administered.

“We do it because we can cover more people with a single dose of the vaccine, spread the protection, prevent more severe disease and prevent fatalities, and the evidence is clear that that’s what you can do if you spread those doses out widely. But we have to do it safely and watch carefully,” Naylor told host Vassy Kapelos.

Watch: The evidence is there for the ‘concept of further delay’ of second doses: Dr. Naylor: 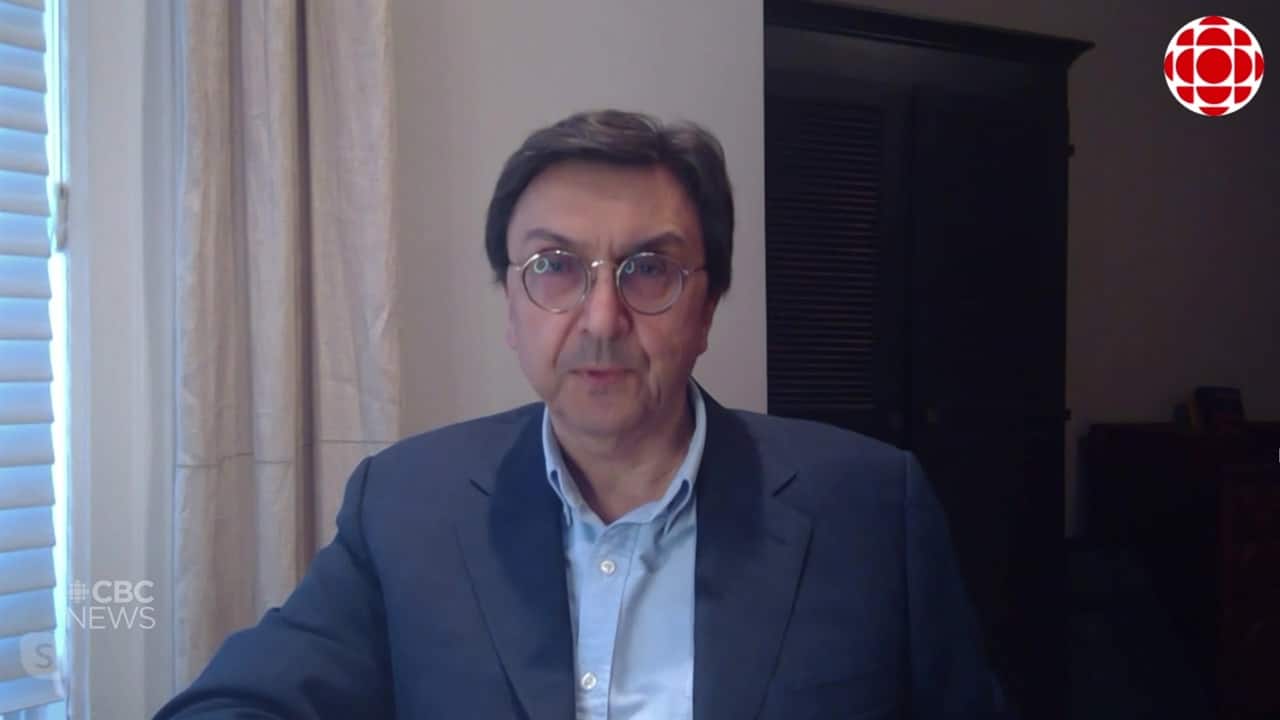 Dr. David Naylor, Co-Chair of the COVID-19 Immunity Task Force, joined Power & Politics Wednesday to discuss the National Advisory Committee on Immunization’s new recommendation that second doses of COVID-19 vaccines can be administered up to four months after the first dose. 2:33

Health Canada also announced today that after reviewing a submission from Pfizer-BioNTech, it would authorize changes to the way the vaccine is handled in Canada.

The new rules allow the vaccine to be stored and transported in a standard freezer with a temperature of between -25 C and -15 C for up to two weeks, instead of the previous requirement that it be stored in ultra-cold conditions of -80 C to -60 C.

Vials of the vaccine stored or transported at this higher temperature for no longer than two weeks remain stable and safe and can then be returned to ultra-cold freezers once, said the department.