The woman putting racial justice on the Dutch political agenda 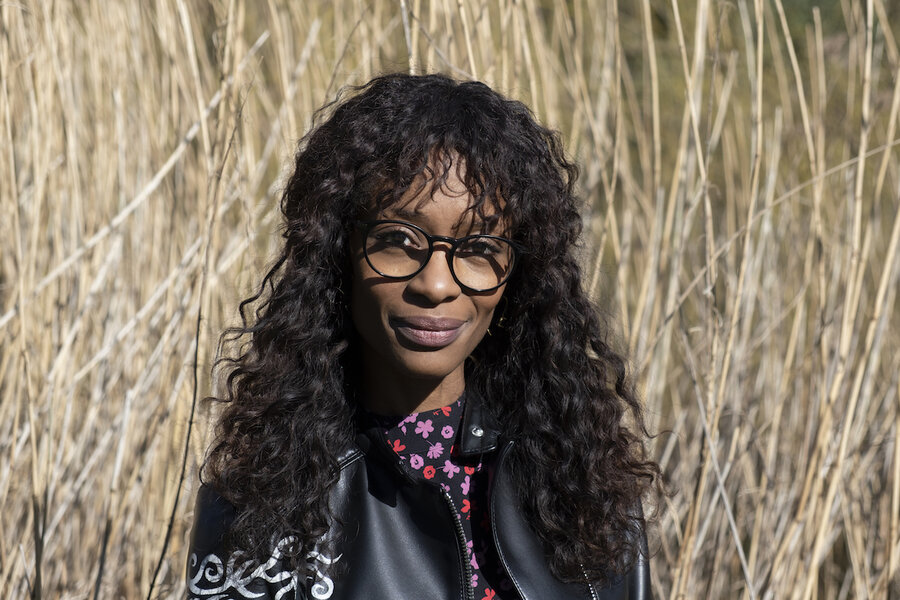 Sylvana Simons is campaigning for the Dutch general election on a platform of what she calls radical equality.

Ms. Simons, a former television presenter who is arguably the country’s best-known Black woman, leads a small party that wants to put ending racial inequality front and center on the political stage before and after this week’s election.

Voting for the lower house of parliament’s 150 seats begins Monday and ends Wednesday. The party that wins the most seats will be first in line to form the next ruling coalition, a process likely to take weeks or months. It remains to be seen if Simons’ BIJ1 party – a wordplay that translates as Together – will get enough votes to win a seat.

In this nation, long considered a beacon of free-thinking tolerance, institutional racism has become a theme amid an increasingly polarized national discourse touching on issues including the divisive traditional children’s character of Black Pete and racial profiling. The Black Lives Matter movement gave the debate new impetus last year.

“It was good to see that so many people said ‘enough is enough’ and they came out and spoke out,” Ms. Simons said of Black Lives Matter rallies in the Netherlands last year. “And I do also hope that they will use that same voice when we have our general elections.”

Ms. Simons’ BIJ1 is not the only party that has equality issues high on its agenda. Others include DENK, a party she once belonged to and that already has three seats in the 150-seat lower house. That party appeals mainly to Dutch voters of Turkish and Moroccan descent.

The Netherlands has a long history of migrants arriving on its shores from former colonies such as Indonesia and Suriname, as well as more recently economic migrants and guest workers from Turkey and Morocco. The country’s sometimes-brutal colonial history was brought into sharp focus amid Black Lives Matter demonstrations last year and demands for the removal of statues and street names honoring historical figures with close ties to the slave trade.

Ms. Simons says racism is a systemic problem in the Netherlands, where there are widespread reports of bias against people of color in the employment and housing markets and ethnic profiling by police.

“If your reality is that of a young Black person in this country, what you’ll find is that from the moment you enter school, you enter the system. There is bias and prejudice. People have lower expectations of you. People judge you differently,” Ms. Simons said.

Right-wing parties reject claims of racism and instead say that the country’s traditional culture needs protection from what they cast as left-wing elites.

Anti-immigration lawmaker Geert Wilders, whose Party for Freedom is the largest opposition group in parliament, says in his manifesto: “We express that our own culture is best. And we’re proud of that! Unfortunately, the attack on the Netherlands’ culture went into high speed last year because of the glorification of dangerous activist groups like Black Lives Matter and Kick Out Black Pete.”

Black Pete – according to children’s stories a helper of the Dutch version of Saint Nicholas – is sometimes portrayed by white people in blackface makeup and has been at the center of fierce debate for years in the Netherlands.

Revelations about the use of dual nationality data by tax officials trying to identify child benefit fraudsters has also helped push inequality issues into the mainstream.

A highly critical report issued by a parliamentary inquiry into the child benefits scandal led Prime Minister Mark Rutte and his government to resign in January, though the move was largely symbolic as the election date was already set.

“We are of one mind that if the whole system has failed, we all must take responsibility,” Mr. Rutte said when announcing his government’s resignation.

The parliamentary inquiry didn’t probe allegations of racial profiling. That was done earlier by the country’s Data Protection Authority, which said last year that the tax office’s use of dual nationality data was “unlawful and discriminatory.”

Azan Aydin and her husband Aytac, who are of Turkish descent but were both born and raised in the Netherlands, said they went through a decade of battling tax authorities after wrongly being labeled fraudsters and ordered to repay some 52,000 euros.

The experience has destroyed their trust in the Dutch government to the extent that they may not even vote.

Orlando Kadir, a lawyer handling a class action case for dozens of victims including Ms. Aydin’s family, was himself targeted by the tax office. Mr. Kadir was born in the former Dutch colony of Suriname.

“So the racial undertone specifically was: Moroccan-Dutch, Turkish-Dutch, Caribbean-Dutch, Indonesian, Asian-Dutch were targeted on the basis of their name and double nationality,” he said.

Mr. Kadir said he has voted for Mr. Rutte’s conservative, pro-business VVD party for 20 years, but he won’t at this election.

“He’s not the man to lead this country anymore,” he said.

Ms. Simons wants to be a voice for the marginalized.

She has been vilified by social media trolls for calling out racism in this country where about a quarter of the population is listed by the national statistics office as having a “migration background.” But still she wants to keep doing just that in the country’s parliament.

Even if her party doesn’t secure any seats, she still feels like a winner.