Tiger Woods’ Girlfriend, Erica Herman, Visits Him in the Hospital

Tiger Woods was greeted with a familiar face Wednesday as he recovers from his car crash … his girlfriend stopped by, and it looks like she came bearing gifts.

Erica Herman popped into Harbor-UCLA Medical Center in West Carson, where TW is currently hospitalized. She also seemed to be accompanied by Tiger’s caddie … Joe LaCava.

They were both masked up heading in — but later, Erica’s mask disappeared. In its place was a paper cup you might get at a food court. Joe had one too, plus a paper bag of grub. Unclear if they were bringing something for Tiger, or just munching themselves. 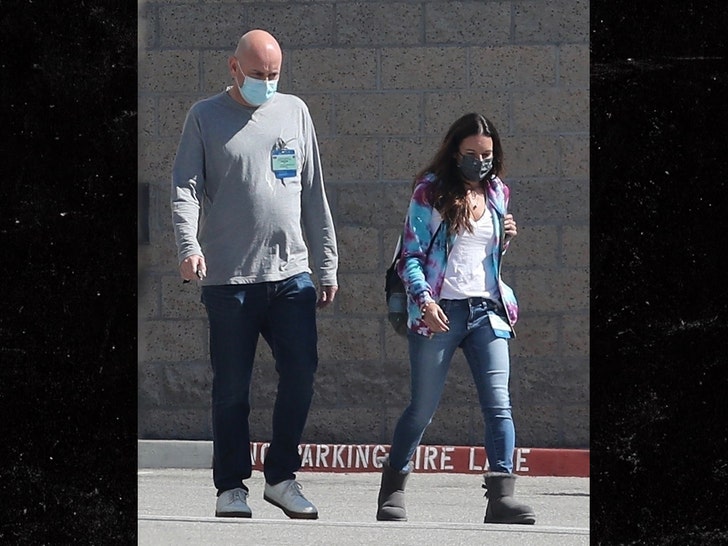 Tiger’s SO (significant other, for you old folks) since 2017 is a former employee at his Florida restaurant The Woods … the general manager, no less. They were first linked at the Presidents Cup in NJ, and have gotten serious since … reportedly now living together.

Good to see him getting some company that’ll hopefully lift his spirits and help him feel better sooner — lord knows he needs it after essentially having his right leg destroyed in the wreck.

As we reported … Tiger suffered comminuted open fractures in two different bones, meaning they tore the skin. His ankle was shattered as well — and, all in all, he required a rod, screws/pins and extensive orthopedic surgery from trauma specialists to help keep it all together.

No word on how long he’ll be bed-ridden, but something tells us we’ll be seeing Erica here again soon.