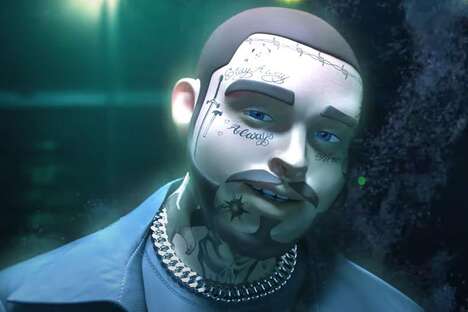 The recent Paramount+ ad for Super Bowl 2021 stands out, highlighting some of the streaming service’s upcoming television shows with guest appearances from Survivor host Jeff Probst, late night talk show host James Corden and Star Trek’s Patrick Stewart. Another notable example is a recent animated concert experience by musician Post Malone. The virtual concert was broadcast for free via the Pokémon YouTube channel in celebration of Pokémon Day and the franchise’s 25th anniversary.

Apple Music’s Black History Month playlist by legendary makeup artist Pat McGrath rounds off this list and highlights music from Whitney Houston, Megan Thee Stallion and others. “This release is just one initiative from the music streaming giant that hopes to celebrate the achievements of Black artists” alongside Alongside “original content from Ava DuVernay, Tracee Ellis Ross, Naomi Campbell and more.”

Netflix picks: Get enlightened on everything from equality to mollusks