The United States will continue to stand with Canada in its efforts to secure the release of Michael Kovrig and Michael Spavor from arbitrary detention in China, said U.S. Secretary of State Antony Blinken.

“We stand strongly with Canada when it comes to the need to see the two Michaels released immediately and unconditionally,” Blinken told CBC chief political correspondent Rosemary Barton in a recent interview.

“We will continue to stand with Canada on that. I’ve made that clear in my own conversations with Chinese counterparts. And we look forward to the day when they’re able to return home.”

Blinken said that while the immediate goal is to get China to release the two men, democracies around the world need to work together to establish international norms that make arbitrary detention unacceptable.

“That takes time. It takes effort. It takes a sustained effort,” Blinken said, comparing the fight against arbitrary detention to the international fight to ban the use of chemical weapons after the First World War.

“After World War One, there was an abhorrence at the use of chemical weapons and countries worked together over decades to establish a norm against their use,” he said. “It took hold. And obviously we’ve seen violations of that norm. But there is an international understanding on that.”

Tune in Sunday to Rosemary Barton Live to see the full interview with Blinken, during which he discusses U.S. policy on climate change, vaccines and COVID-19, Buy American and the challenge of rebuilding America’s image in the world.

Kovrig and Spavor were detained in December 2018 shortly after Huawei telecom executive Meng Wanzhou was arrested by Canadian officials while she was changing planes in Vancouver. The two men stand accused of spying on China.

Meng was arrested on a U.S. extradition request over allegations she lied to a Hong Kong banker in August 2013 about Huawei’s control of a subsidiary accused of violating U.S. sanctions against Iran.

Canada and other nations have claimed that Kovrig and Spavor were imprisoned as retaliation for Meng’s arrest. China has insisted the cases are not connected — despite several instances of Chinese officials themselves linking the cases during press interviews.

Barton asked China’s ambassador to Canada, Cong Peiwu, this week if his country would release Kovrig and Spavor “immediately and unconditionally” as Blinken has demanded.

“They have been prosecuted by Chinese judicial organs because the suspected crimes undermining China’s national security and the relevant authorities in China are handling the case according to law and independently,” Cong told Barton in an interview airing Sunday.

“I would like to point out that the claim of Madame Meng Wanzhou is, really, the arbitrary detention, because she violates no Canadian laws at all, and she has been detained over two years. So we ask the Canadian side to reflect on that and to release her as soon as possible.”

When pressed to say why, if the cases are not linked, the ambassador brought up Meng’s confinement to her mansion in Vancouver when asked about the two Canadian prisoners, Cong said there is clear evidence affirming their guilt but “there’s nothing connecting” their case with Meng’s.

Blinken said that, moving forward, democracies around the world need to work together and speak with one voice on the issue of arbitrary detention. He said Canada’s move earlier this month to get 57 countries to sign a declaration denouncing the use of arbitrary detention in state-to-state relations was a good start.

“I was very pleased to join the Canadian initiative on the arbitrary detentions that some states, starting with China, are engaged in. Using people, human beings, as pawns for political purposes is totally unacceptable conduct by any country,” he said.

Another issue Blinken wants to see the international community address is Beijing’s treatment of Uighurs and other Turkic Muslims in its western Xinjiang region.

Media reports and academic and UN experts have accused China of imprisoning Uighurs in concentration and “deradicalization” camps and targeting them for forced labour, sexual violence, population control methods and sweeping surveillance. China’s foreign ministry has denied the accusations. 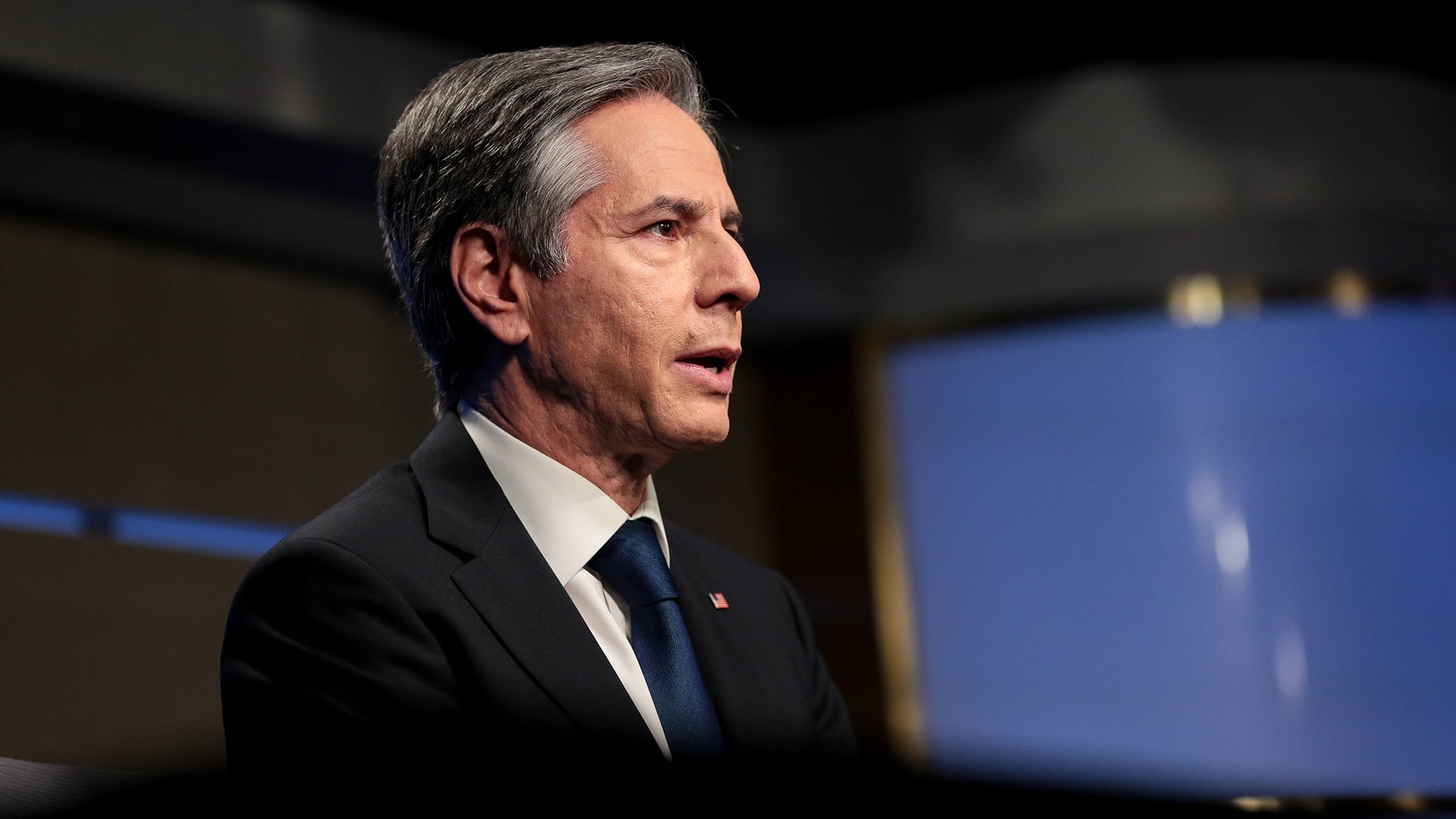 U.S. Secretary of State Antony Blinken said he is ‘very confident we’re going to see real growth and expansion’ in the relationship between the U.S. and Canada during an exclusive interview with CBC chief political correspondent Rosemary Barton. 6:47

Earlier this week, a substantial majority of MPs — including most Liberals who participated — voted in favour of a Conservative motion declaring China’s actions in Xinjiang meet the definition of genocide set out in the 1948 United Nations Genocide Convention.

The final tally was 266 in favour and zero opposed. Prime Minister Justin Trudeau and his cabinet were absent for the vote — except for Foreign Affairs Minister Marc Garneau, who said he was abstaining “on behalf of the Government of Canada.”

Trudeau said Friday that it is important for MPs to highlight the concerns of the people they represent in the House of Commons but his focus, as the head of government, is on taking broader actions that put an end to human rights abuses.

“That means as I did last Friday, bringing it up with the G7 and having a discussion about how we can move forward in a concerted fashion to make determinations and to ensure the appropriate international bodies weigh in and then to move forward on sanctions and consequences in a coordinated way,” Trudeau said.

“That’s the responsibility that a government has and that’s one we take very seriously.”

U.S. President Joe Biden and Blinken have both described China’s treatment of its Uighur population as an act of genocide.

“We are much more effective in dealing with some of the challenges that China poses when we are doing it together, when countries, democracies are working together, speaking together, acting together,” Blinken told Barton.

Cong dismissed the accusations levied against his government, saying that China has lifted hundreds of millions out of poverty over the last few decades while respecting human rights. He insisted that Beijing’s actions in Xinjiang are “part of the successful story of human rights progress.”

Cong also dismissed the allegations of forced detention, forced labour, the sterilization of Uighur women and torture in Xinjiang by the Chinese regime, calling them “the lies of the century.” 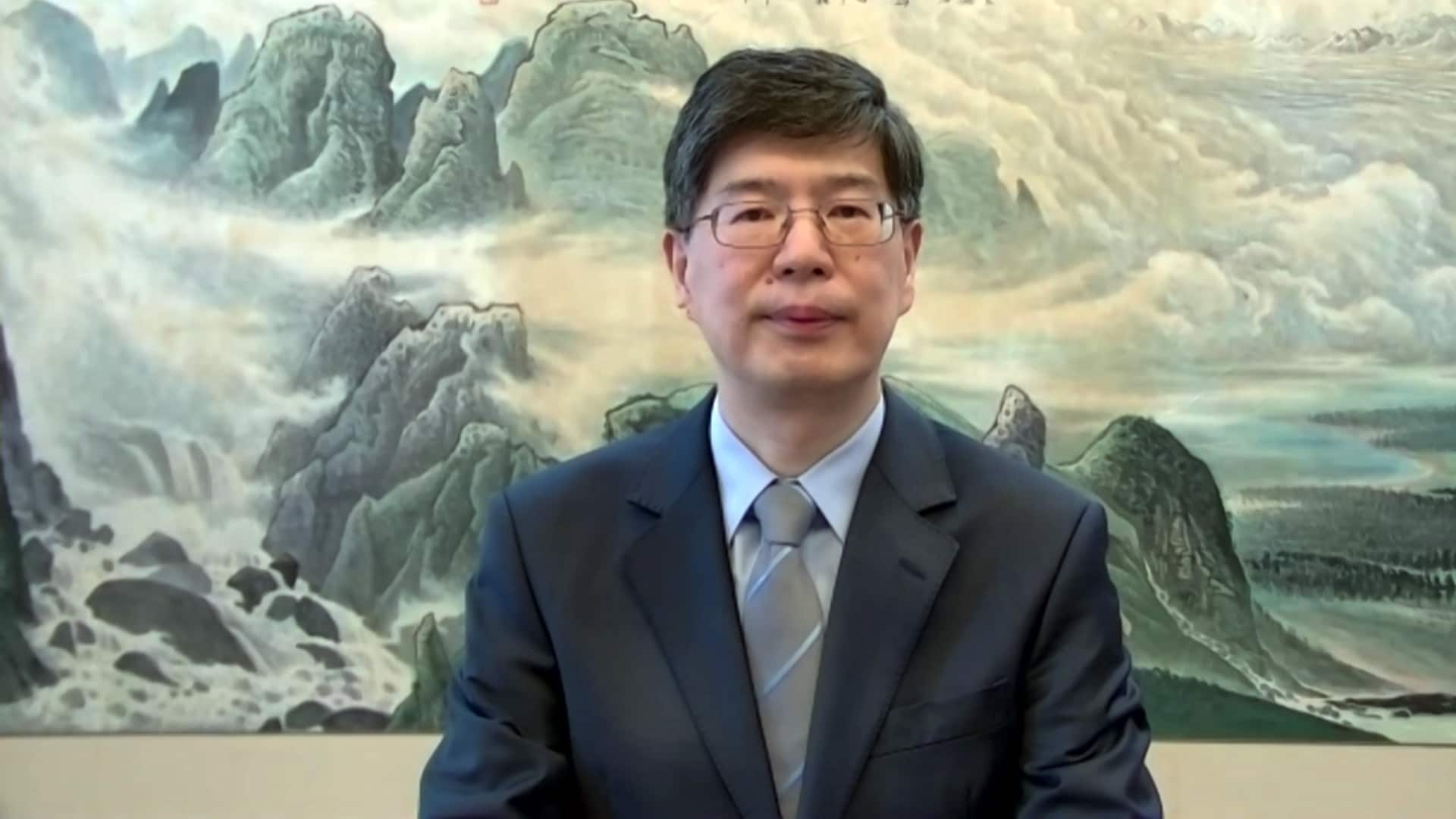 In an interview with CBC chief political correspondent Rosemary Barton, China’s Ambassador to Canada Cong Peiwu dismissed widespread allegations the Chinese government is committing genocide and human rights abuses against Uighur Muslims, calling the claims ‘the lies of the century.’ 7:30

Blinken said it’s important for the U.S., Canada and other countries to not only speak out for the Uighurs in China but to take action where possible.

“Countries should not be supplying any products or technology that could be used for the repression of people in China, for example the Uighurs,” he said, adding that countries should also ensure they do not import goods or products made with forced labour.

Coronavirus: What’s happening in Canada and around the world on Sunday