Up up and away: Justice League and Marvel heroes soar to streaming platforms as digit…

One of my favourite movie theatre moments happened during a screening of 2017’s Spider-Man: Homecoming. There we were, crammed in the Scotiabank Theatre in Toronto.

In a moment of perfect plotting, the worlds of Spider-Man, the superhero, and Peter Parker, the high schooler, smashed together when Tom Holland opened the door to pick up his prom date only to realize her father was the villainous Vulture, played by Michael Keaton.

There was a gasp. You could almost hear it as it travelled from the front row to the back, followed by a secondary ripple, an audible mixture of shock and giddiness the audience processed the surprise.

The modern version of the superhero movie was made for the big screen. With Lex Luthor-worthy budgets, a cavalcade of computer effects and A-list movie stars, the theatrical experience was the only way the business of making comic-book blockbusters made sense.

But now with theatres trapped in a pandemic phantom zone, the superheroes have shifted to the small screen, from Marvel’s Wandavision to Zack Snyder’s Justice League. The shared experience is missing, but something else is gained: a more expansive playground for character development — and a pause button.

After the bang-pow box office of The Dark Knight in 2008, every studio dreamed of billion-dollar revenues, built on movie theatres crammed by fans eager to witness the latest big-screen version of their heroes. Those crowd reaction moments have become such a staple of superhero cinema there’s even a whole TikTok trend dedicated to it.

Before he became Marvel’s first Asian onscreen superhero, Simu Liu was right there in the theatre with the rest of the fans for Avengers: Endgame in 2019.

“Those moments when that entire audience was going through that experience with me on a 90-ft. screen, to me nothing replaces that,” he said.

In the non-COVID timeline of 2021, we would have already watched Black Widow last May, Chloe Zhao’s The Eternals in November, followed by Liu in Shang-Chi and the Legend of the Ten Rings in February 2021.

Instead, it was Wandavision that led the way as a nine-part television series on Disney+. While the show was never intended to kick off Phase 4 of the Marvel Universe, the drama that spoofed various sitcoms turned out to be uniquely suited to welcoming these heroes into our homes.

Fans didn’t get the build-up to the big screen extravaganza, but adjusted to the weekly rhythms of anticipating next Friday’s instalment. Part of what made Wandavision work so well is how the show embraced the episodic nature, complete with surprising guest stars and cliffhanger endings.

Get comfortable with your pause button

Synder wasn’t able to finish the original 2017 version due to a family tragedy; instead, Joss Whedon replaced him and reshot and rewrote much of Snyder’s movie. 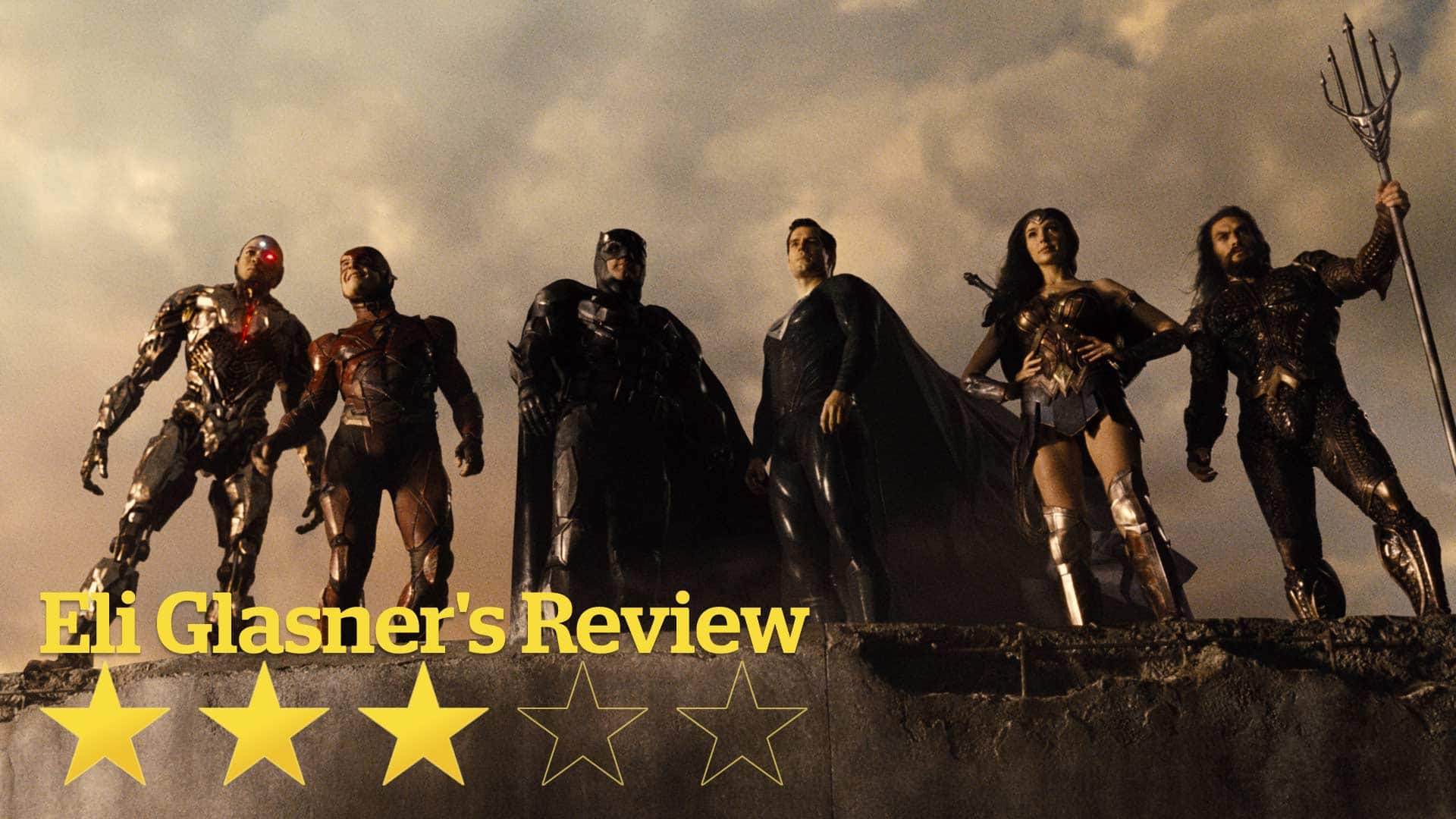 With a butt-numbing runtime of 242 minutes (that’s over one and a half Tenets) the expanded Justice League is best enjoyed at home. In parts. Seriously. Watch Batman brood about the oncoming threat. Go have a sandwich. Witness the villainous Steppenwolf chew some scenery, then take the dog for a walk, and settle in for the ear-shattering climax after dinner.

Ironically, Zack Snyder’s Justice League is presented in the boxy 4:3 format because the director intended it for an IMAX release. But packed with Easter eggs and cameos, the Snyder acolytes will relish watching with fingers hovering over the pause button.

On top of that, Marvel is also back, launching the first episode of the six-part mini-series Falcon and the Winter Soldier. Free of Wandavision’s sitcom constraints, Falcon underlines how expansive the series can be compared to the stand-alone films.

As Sam Wilson, Anthony Mackie gets to finally spread his wings (sorry) showing us the regular dude with a super suit, trying to adapt to life in the post  Avengers: Endgame reality. He’s a good soldier who doesn’t feel worthy to wield the shield of Captain America. More interesting is showing Sam home with his sister, struggling to make payments on the family’s fishing business.  This is not about the search for the infinity gem, but rather a sense of stability.

After years of taking the big screen experience for granted, the idea of containing these characters to a middling two-and-a-half hours seems restrictive. But part of what’s made the switch to small screen painless are the truly titanic sums Disney is spending.

With reports episodes for Wandavision and Falcon and the Winter Soldier are approaching $25 million, fans have the best of both worlds: big-screen effects and the more complex character arcs we associate with television.

Can superheroes save the cinema?

The theatrical industry was already showing signs of trouble before the pandemic, but COVID-19 turned a challenge into a crisis. According to the Motion Picture Association annual report, there are now 1.1 billion subscribers to streaming services, while the US/Canada box office dropped a staggering 80 per cent from 2019 to 2020.

The digital share of the global entertainment marketplace is now 76 per cent. If you imagine a pie chart, digital would look like Pac-Man gobbling the meager slice (15 per cent) that theatrical takes in.

And yet, in theory, the superheroes are set to return in May, when Black Widow opens in theatres. But will audiences return, now that we’ve become accustomed to weekly action injections from the comfort of our couch?

Benedict Cumberbatch hopes so. Speaking with CBC News from London where he’s filming Doctor Strange in the Multiverse of Madness, Cumberbatch expressed fears about what’s fading away.

“We’re losing this idea of what the communal experience is. We’ve got to strive to get back to something of that,” said Cumberbatch.

“Drama began as a communal cathartic experience; you don’t get that watching films on your phone.”

With Cumberbatch’s latest film The Courier opening in select theatres later this month, he understands streaming may be the safest choice for many Canadians, but thinks audiences will be “giddy” to have shared experiences, when it’s safe.

As for Simu Liu, ever the diplomat, he says “whether the switch to streaming is indicative of a greater paradigm shift isn’t for me to say.” But he does hope by July, Shang-Chi could be “the perfect movie to celebrate being around each other again.”

Will the end of lockdown be delayed due to vaccine chaos?